Apple acknowledges iOS calendar spam: here’s what you can do

If you haven’t yet experienced receiving unwanted even invitations, a.k.a. spam, on your iPhone or iPad’s Calendar app, consider yourself one of the lucky ones. iOS users have reported suddenly being plagued by numerous such invites on their devices, and declining them seems to make it actually worse. After days of silence, Apple has finally but unofficially acknowledge the situation and is promising to take action. But as spam filtering only happens on Apple’s end (for now), all that users can do is wait and use these workarounds to get rid of those notifications (for now).

The rash of spam invites started about a week ago and has become so widespread that even the New York Times dedicated a page for it. The problem was initially attributed to how iCloud and Calendar routinely scan for invitations in your iCloud e-mail and pop them up as Calendar invites. Unfortunately, those apps don’t have any notion of what “spam” is.

So far, Apple has been silent on the matter, despite the growing number of groans from its users. It has broken that silence but only through a statement given to iMore: 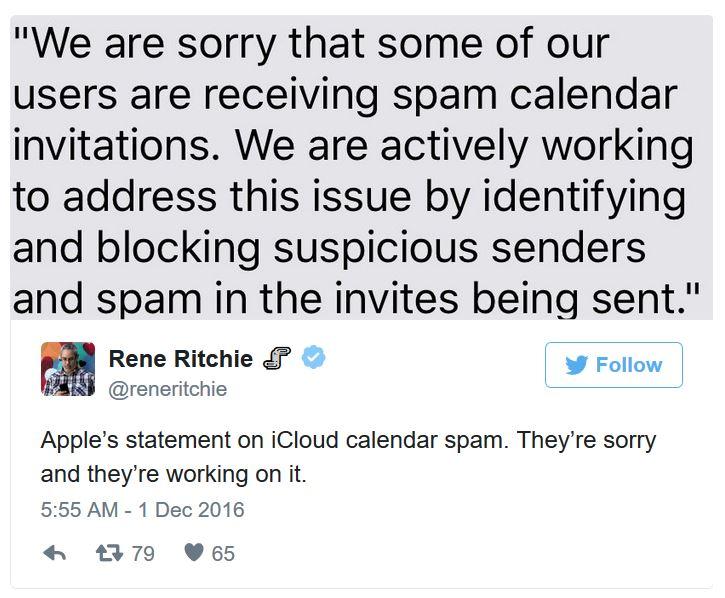 So while Apple admits that it is aware of the problem, the real fix would only happen on its end by improving its spam filtering mechanism. Or to provide some features to the iOS Calendar app. In the meantime, users are left with band aid fixes to this situation.

• DO NOT decline the event. Ironically, declining it has the opposite effect. It would alert the spam sender that the e-mail is active and in use, encouraging them to continue sending such invites.

• If you never want to see invites on your Calendar app, the solution is to send any invites to an e-mail address instead of as an in-app notification. Sadly, the only way to do this is through the iCloud web interface. Hit the Settings (“gear”) icon on the bottom left, and then hit the Advanced tab and make invites to go to your e-mail. That said, with this enabled, you won’t get any app notifications at all. 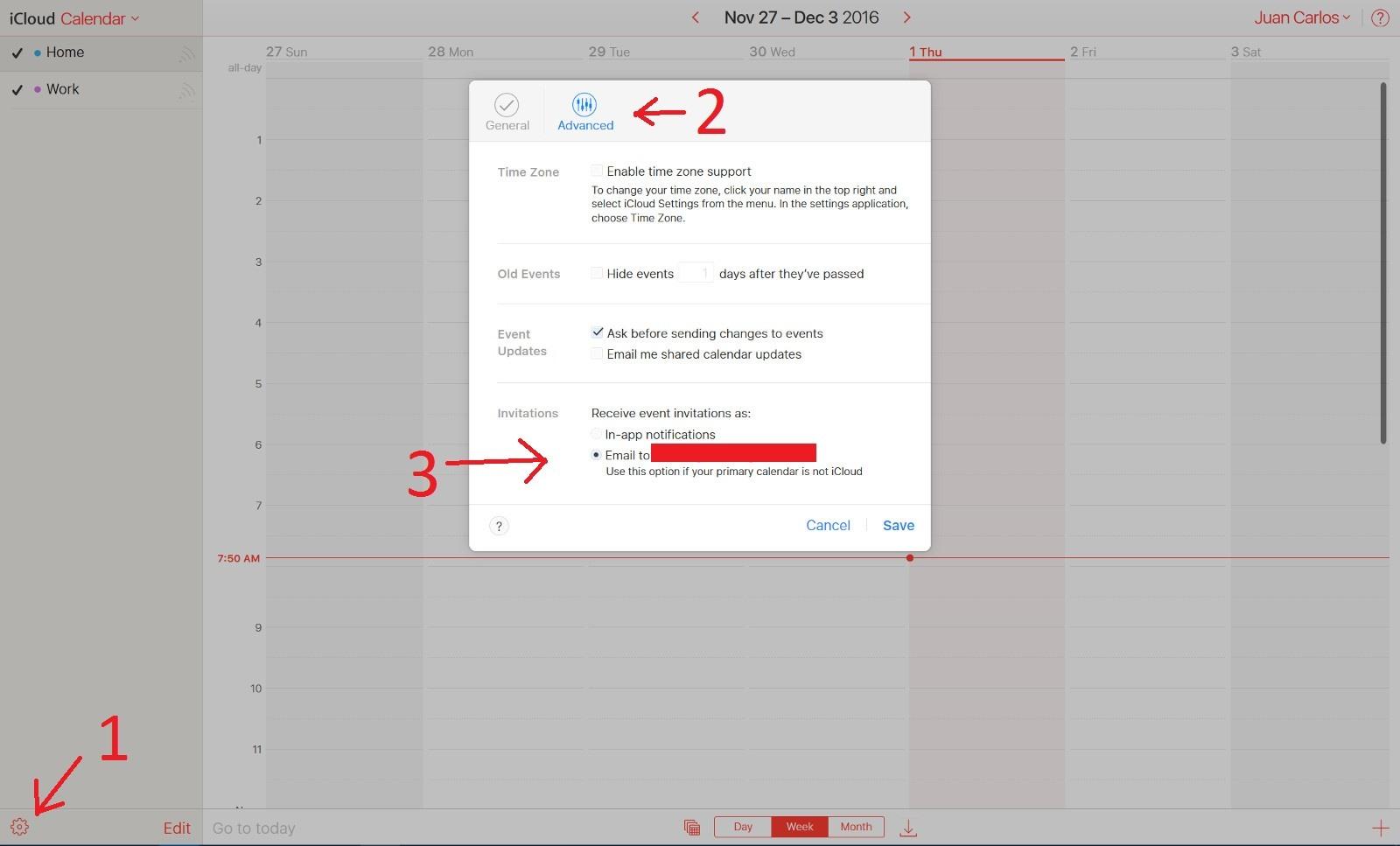 • If you simply want to delete the invite without alerting the spammer, the process is a bit more involved but all takes place on your iPhone or iPad. You first need to create a temporary calendar (name it anything you want) and then, one by one, change each invite’s calendar to that temporary one. And then delete the calendar.

Hopefully, Apple will soon add an Ignore or Mark as Spam option to invites, just in case some slip through the cracks again. For now however, these are the workarounds users have to go to keep their Calendars clean.