A company called Apex Motors has announced a new electric supercar called the AP-0. The company says that the car is a celebration of the feeling of being behind the wheel and offers a more connected driving experience while embodying sustainability and technology. The car uses lots of high-tech material in its construction, including a carbon fiber tub with modular space frames and a center spine for maximum rigidity.

The company says the carbon fiber body panels wrap tightly around the tub while exposing parts of the central construction, which means lots of exposed carbon fiber on the exterior car. The bodywork is designed for aerodynamics with front bodywork designed to channel air underneath the car and behind the front wheels.

That air is channeled along the body and out below the large rear diffuser, and the flat floor exploits ground effect principles. There aerodynamics and ground effect principles combined to give the car “tremendous cornering ability.” The car is very low to the ground, giving it a low center of gravity and features a 90kW floor-mounted battery pack. 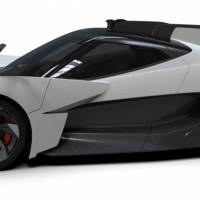 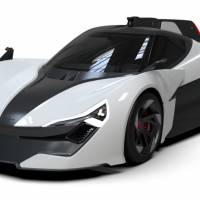 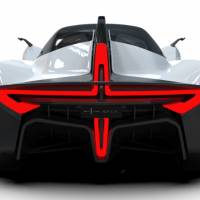 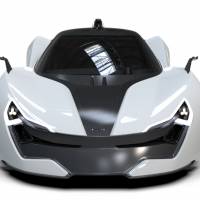 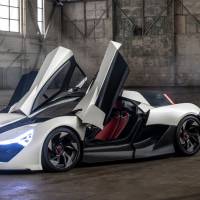 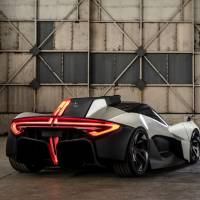 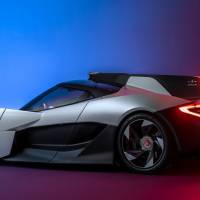 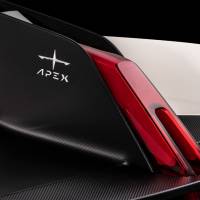 Apex says that the car can reach 62 mph in 2.3 seconds and weighs 1200 kilograms. The electric motors in the car produce 650 horsepower. The rear of the vehicle has an interesting design with the red taillights extending both horizontally and vertically across the back. The world premiere of the car happened last week, and it looks very cool in person.

Inside the car looks extremely high-tech and has cameras that project views from the side of the vehicle onto the aircraft-shaped dash panel. While the camera feeds look live in the preview video seen above, it does appear that the remainder of the all-digital instrument panel is a rendering. The steering wheel has an interesting design, and we see selectors for drive modes on one side and battery regeneration on the other. The manufacturer does not indicate how far the vehicle might be able to drive on a single charge or how long it will take to recharge the car when needed.