AORUS X3 gaming laptop promises not to weigh you down

Trying to change how gaming laptops are perceived, Gigabyte subsidiary AORUS unveiled its latest deivce, the AORUS X3. Sporting a 13.3-inch QHD display and a high-end NVIDIA mobile GPU, this laptop promises to let you play games the way they’re meant to be, without impeding your mobility. At least not too much.

“Gaming” and “laptops” aren’t two words you usually use together, unless you are talking about that rare breed of laptops that redefine what the words “laptop” and “mobile” mean. But such devices do come with a price, either in terms of lower performance or heavier footprint. With the AORUS X3, gamers need not compromise on either, as long as they’re willing to pay the monetary price, of course.

In terms of muscle, the AORUS X3 runs on a 4th gen Intel Core i7-4710HQ, capable of max clock speeds of 3.5 GHz. For RAM, you have 2 slots for a total capacity of 16 GB of DDR3L. There are also two slots for data storage, with 256 and 512 GB SDD options. But the crowning piece of the AORUS X3 is the graphics card, an NVIDIA GeForce GTX870 with 6 GB of GGDR5 VRAM. This particular card scored a P7100 on Futuremark’s popular 3D Mark 11 test. And all of this hardware, which is bound to run at high temperatures, is cooled by a team of dual vents, dual thermal pipes, and dual fans.

But a gaming laptop’s raw power will be wasted without the perfect screen to play games on. For that purpose, the AORUS X3 offers three options: A 13.3-inch QHD screen with 2560×1440 resolution, a larger 13.9-inch QHD screen with the same resolution, and a higher caliber 13.9-inch QHD+ with resolutions of 3200×1800. The latter two options are only available in the X3 Plus model. If those are still not enough for you, the laptop offers a Mini DisplayPort that can output video of 4K resolution at a fast 60 Hz rate. All of this comes in a package that reaches 1.87 kg in weight and 330 mm in height. Not exactly leightweight, but lighter than your common gaming-empowered laptop. 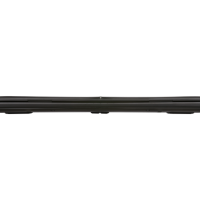 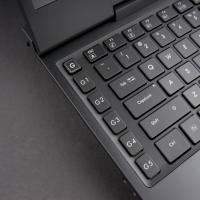 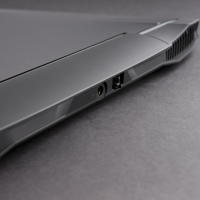