Today we’re having a peek at the newly revealed and newly-public “most accurate” high resolution terrain map of Antarctica. This is REMA, or the Reference Elevation Model of Antarctica. Straight from the folks at Ohio State University, this map is made by what its creators say is “applying fully automated, stereo auto-correlation techniques to overlapping pairs of high-resolution optical satellite images.”

The creation of this map comes in a large part thanks to open source software called Surface Extraction from TIN-based Searchspace Minimization (SETSM). This software, developed by M.J. Noh and Ian Howat at Ohio State University, helped generate the most massively accurate map of Antarctica ever created. This map is presented at 2 to 8-meter spacial resolution.

“It is the highest-resolution terrain map by far of any continent,” said Ian Howat, professor of earth sciences and director of the Byrd Polar and Climate Research Center at The Ohio State University. “Up until now, we’ve had a better map of Mars than we’ve had of Antarctica. Now it is the best-mapped continent.” 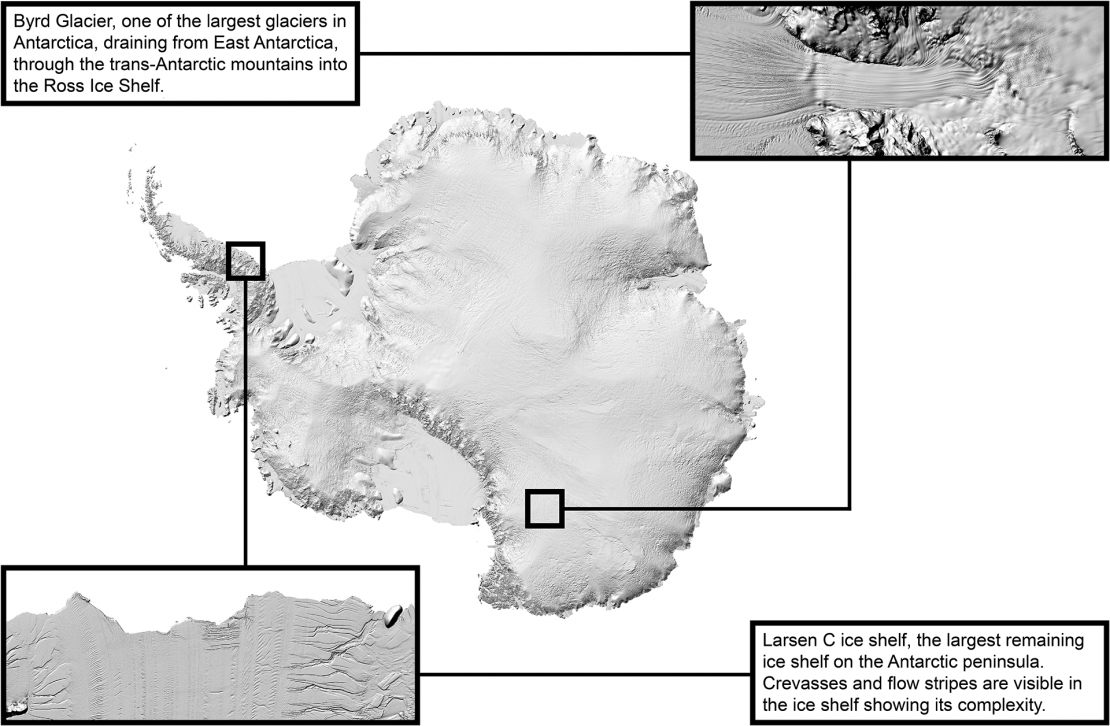 This map was hosted online at The Polar Geospatial Center (PGC), a research facility funded by the National Science Foundation. PGC is a part of the University of Minnesota’s College of Science and Engineering. Processing of images was provided by the University of Illinois’s Blue Waters supercomputer.

Without the viewer, one would need to seek out and use the full map file, which in total is over 150 terabytes large. That’s 150k gigabytes – far more than your phone can hold. To see the full map in the official viewer, head over to REMA at PGC at U of M and tap the REMA VIEWER button. From there you can explore the entirety of our planet’s fancy snow hat.