Another wave of severe flu infections is coming warns CDC

In its most recent weekly US influenza surveillance report, the Centers for Disease Control and Prevention revealed that flu activity remains high across the nation. According to the agency, both the influenza A viruses H1N1 and H3N2, as well as influenza B viruses, are still making rounds through the population, with H3 viruses more frequently reported than H1N1.

The flu season generally starts winding down around this time of year, but the CDC found that many states reported influenza levels that fell in the “high” category, with the majority of the remaining states falling between “moderate” and “low.” Reports of “minimal” cases were very low. Overall, 20 states reported high levels of influenza activity during its most recent surveillance period. 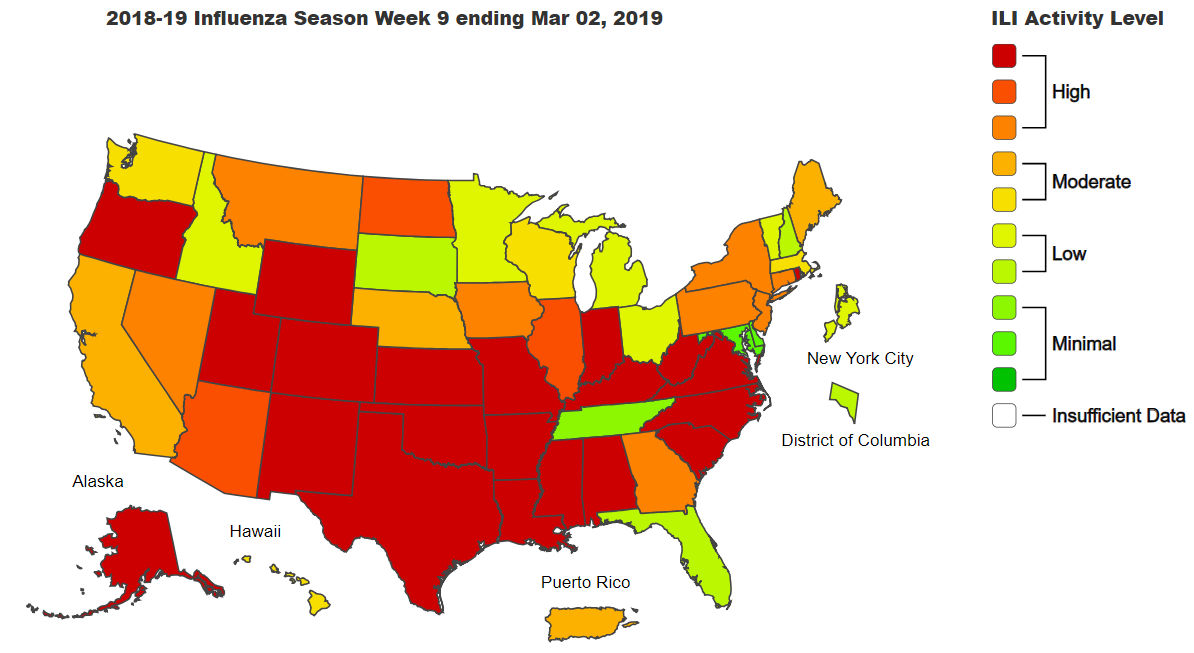 In addition to high activity levels, the CDC said 48 states and Puerto Rico experienced “widespread” flu activity, which means that at least half of each state’s regions had flu outbreaks during the surveillance period. In a tweet this week, the CDC warned that “there are still weeks of flu activity to come this season.”

Though most people view the flu vaccination as something they get by early winter, the CDC is advising the public to get vaccinated if they haven’t already. With outbreak levels still elevated, there’s a very real risk of picking up the flu in the immediate future. The CDC offers a primer with everything the public needs to know about flu vaccines here.