Animal Crossing-themed Nintendo Switch launching ahead of the new game

One of the benefits of a smaller, more compact, and more portable gaming console is that it’s easier to create skins and mods for it and flaunt it around wherever you go. That is definitely one of the perks of the Nintendo Switch and Nintendo is only too happy to tap into that potential cash cow. That is, for example, one reason why it’s launching a special edition of the Switch that will let Animal Crossing fans show their loyalty to the franchise and excitement for the upcoming Animal Crossing: New Horizons installment.

Although not as renowned as iconic franchises like Super Mario and The Legend of Zelda, Nintendo’s Animal Crossing has garnered no small amount of loyal fans spanning ages, genders, and nationalities. The simulation game that revolves around a cast of memorable anthropomorphic characters has become popular for its open-ended gameplay, social interactions, and unique use of the passage of real-world time has a mechanic.

Animal Crossing: New Horizons breaks out of the usual setting of previous games and takes players on an island paradise. Except that island paradise is actually deserted so you have the opportunity to restart life from scratch. All while crafting and pole-vaulting, two of the new activities you can do in the DIY island getaway game.

To mark the occasion of the game’s launch on March 20, Nintendo is making available a special edition Switch crafted to match the game’s theme. The Switch itself sports a custom pattern on the back like an Animal Crossing map while the Joy-Cons’ fronts are given green and blue pastel colors. The white Dock features the adorable Nooks on a tiny island atop the big blue sea. 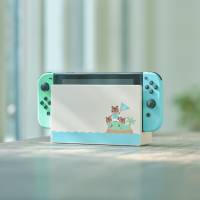 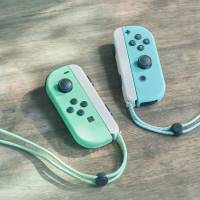 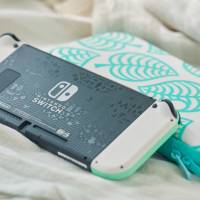 The Nintendo Switch Animal Crossing: New Horizons special edition goes on sale on March 13 for $299.99. That doesn’t include the game yet, which is a separate $59.99 purchase. Those who already own a Switch but still want to get into the spirit of the game can opt for the special Aloha Edition carrying case and screen protectors that will also be made available on March 13 for both the Switch and the Switch Lite.