First, the good: so far, New Horizons does indeed seem to be worth the wait. I have almost no complaints about the beginning of the game; I think the pacing is good and the rate at which you unlock new things – particularly crafting recipes – is just fast enough to make you want to keep playing and see what you’ll learn next.

As with all games in the Animal Crossing series, New Horizons has been a joy to play as well. This kind of no-stakes, relaxing gameplay is something that I think a lot of people needed, and it’s been particularly great to just be able to shut my mind off and chill out for a little while as I play. 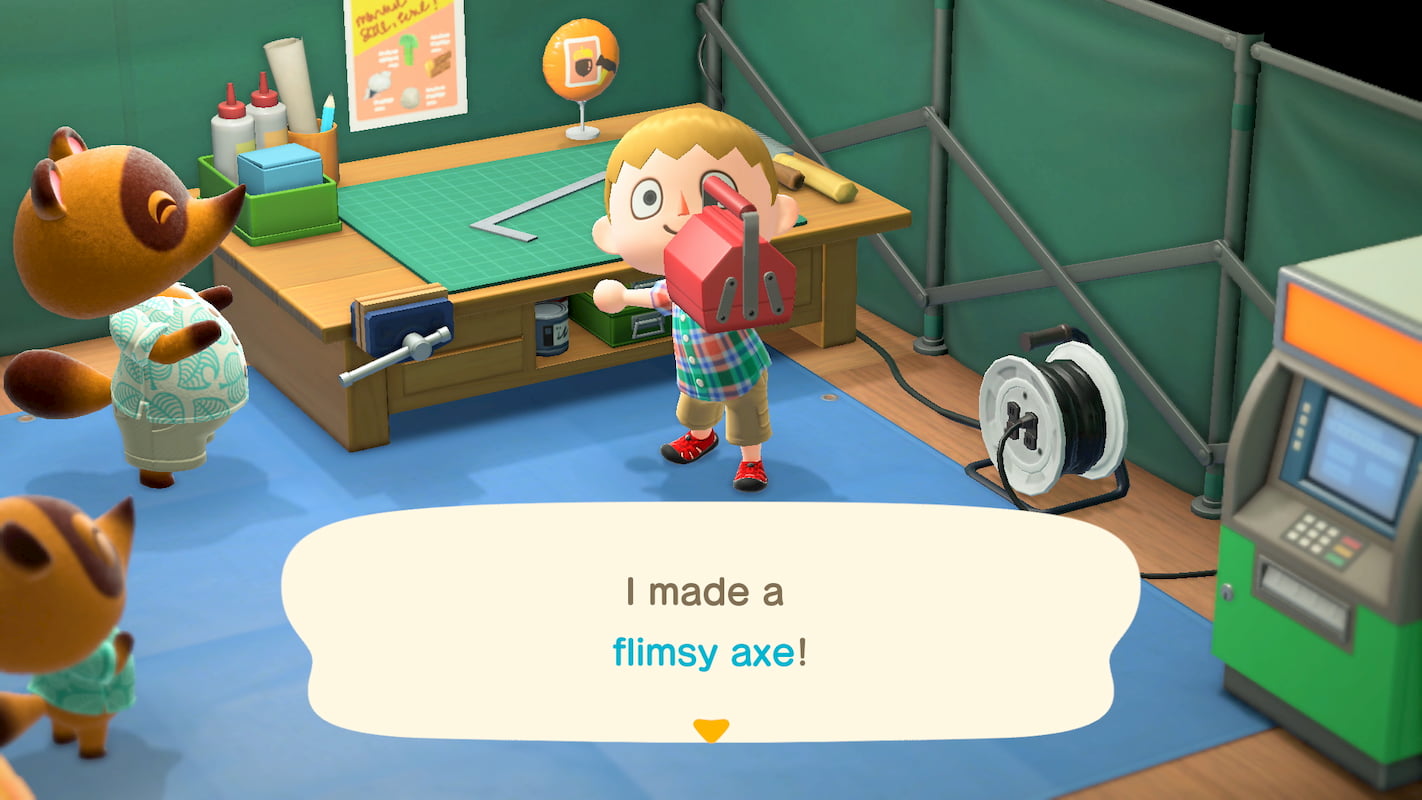 Given the slow-burn nature of the game, I haven’t been able to really dig in the way I would have with other games. Animal Crossing is really good at giving you tasks and making you wait for the result. For instance, once you get Blathers – the familiar museum curator – to set up shop on your island, you’ll need to donate a certain number of critters before work can begin on the actual museum. Even though I turned in the required amount of critters almost as soon as he arrived, I still needed to wait until the next day for the museum to be complete.

This, in turn, meant that Blathers wasn’t accessible for a day, which further meant that I couldn’t donate any new creatures I obtained. There are other things I could do while I waited for the museum to be completed, of course, but if you’re the type of gamer who tends to play these open-ended games by focusing intensely on one task at a time, just know that you won’t always have that chance in New Horizons. 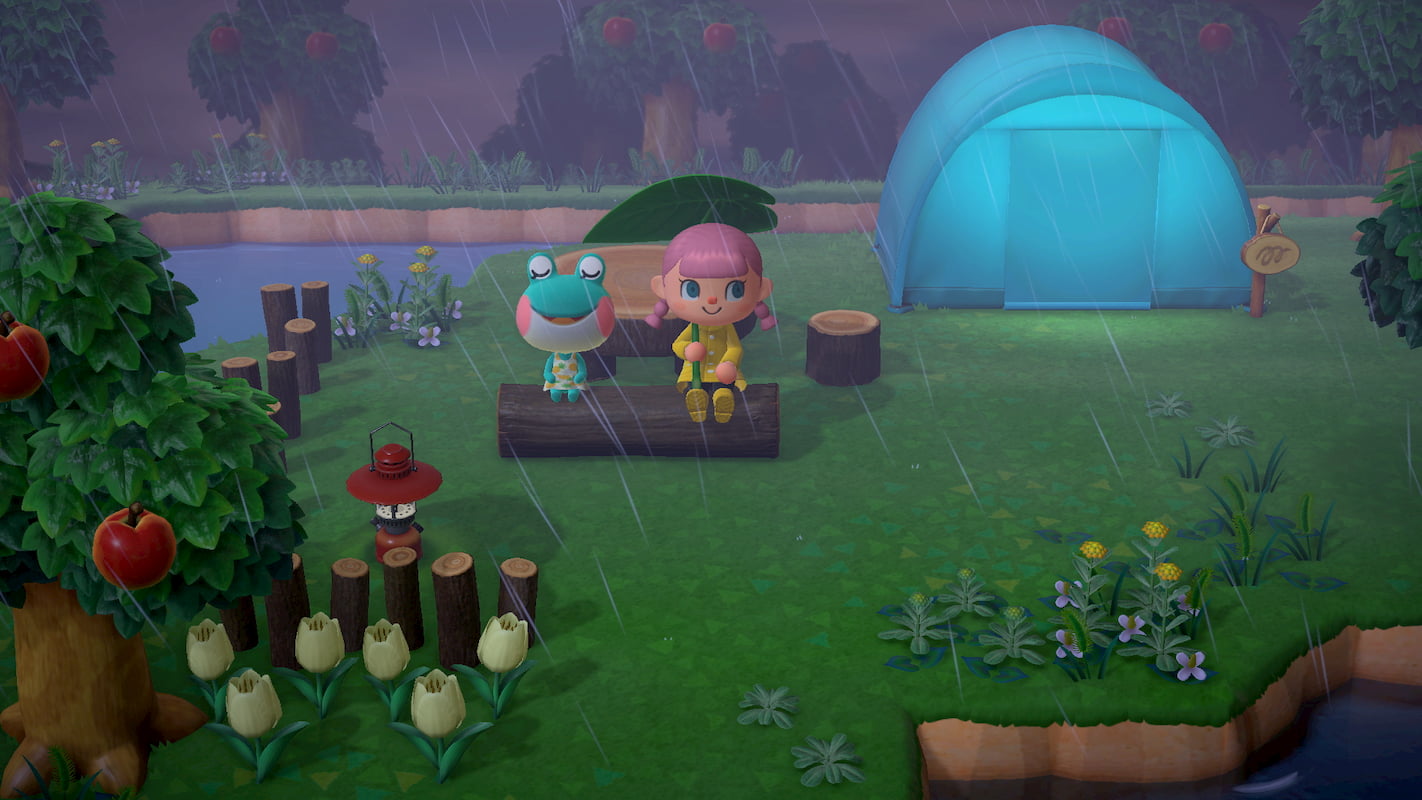 For me, this is the perfect type of game. I appreciate games that I have to take my time with and I certainly don’t mind slow but steady progression. I’m very much looking forward to digging in and building out my town in the coming weeks and months (and possibly even years, depending on how deep New Horizons gets its hooks in me).

However, there is one thing that sullies an otherwise fun game, and that’s the fact that New Horizons limits you to one island per console. Multiple people can create characters on the same console, but they all have to play on the island that the first player to boot up the game created.

This is the way Animal Crossing has always worked, but frankly, that’s no excuse for continuing this trend in New Horizons. I would guess that most people who are playing New Horizons want to have their very own island, not share one with the other people in their household. If that household only has a single Switch, though, sharing an island is their only option. 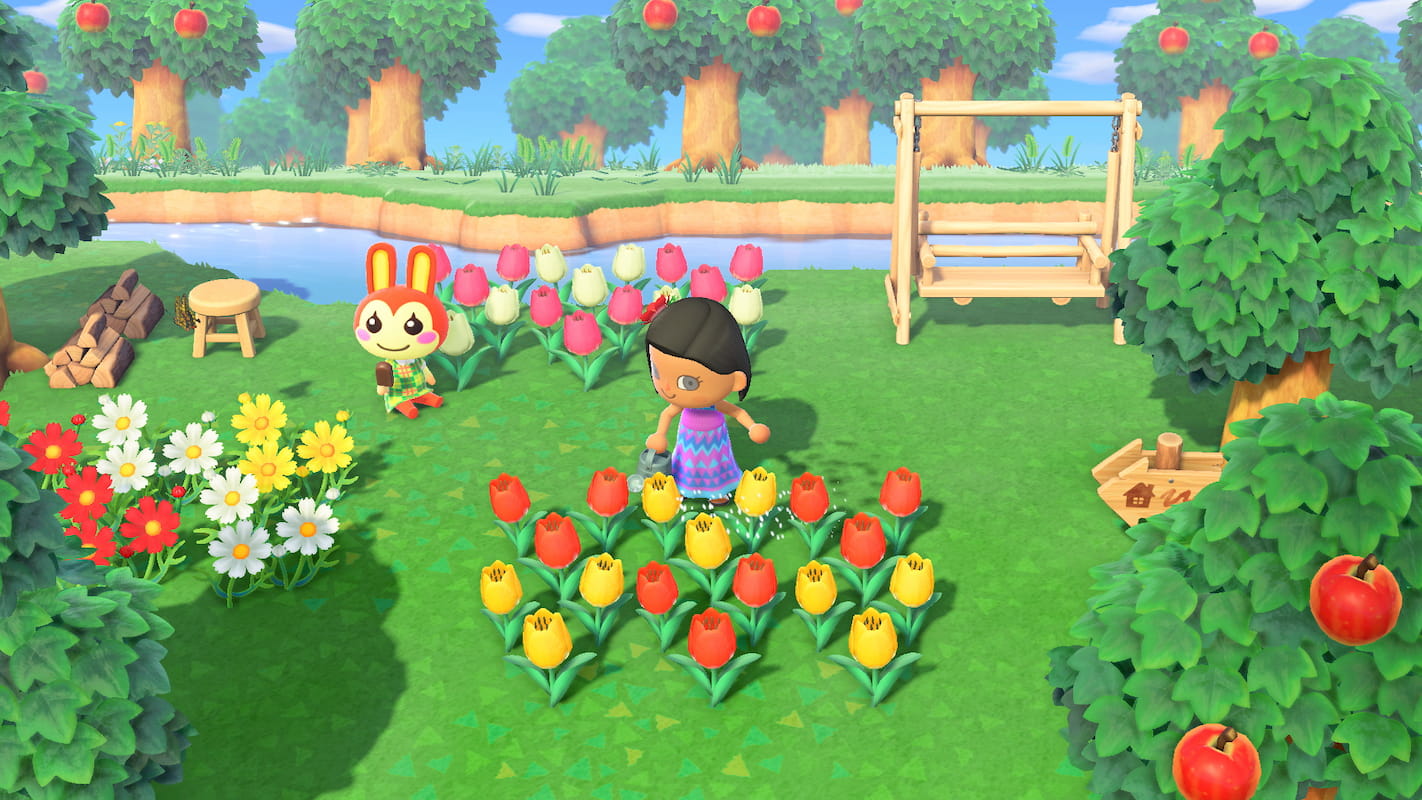 It isn’t that multiplayer in Animal Crossing is bad; it can actually be quite fun. However, for many, Animal Crossing is about having fine control over their towns; creating precisely the town that they want to live in, from the layout to the residents to the set pieces. When you’re forced to share an island with other players, you lose some of that agency and that, in my opinion, makes the game less fun.

I’m not sure why Nintendo chose to implement saves in this way, but I’m guessing it has something to do with why we don’t have cloud backups either – meaning that Nintendo doesn’t want players to work around the real-time rules (and, by extension, restrictions) of Animal Crossing. If you ask me, it seems like Nintendo is imposing a lot of inconvenience on players to ensure that people don’t “cheat” in a game that doesn’t have a competitive multiplayer element, and that’s ridiculous.

Regardless of the reason, that restriction shouldn’t exist. Players are making a fuss about this one-island-per-console rule online, and I can only hope that Nintendo listens to that criticism and changes things. If it does, it could very well turn Animal Crossing: New Horizons into a near-perfect game, because as it is, that restriction is the sole blemish on a game that is simply wonderful otherwise. Keep out an eye out for SlashGear’s full review of Animal Crossing: New Horizons, which is coming up soon.