The newly unveiled Android Wear smartwatches have scored their first two apps: Wear Calc and Wear Compass, both of which can be grabbed from the Google Play Store. While both are simple offerings, they kick off what will be a slew of wearables-centric apps.

The two apps are exactly what they sound like: a digital compass app and a calculator app, allowing one to navigate or crunch numbers from the comfort of their wrist, no smartphone needed. Both apps have very simplistic designs, and it seems each also have a bit of a naming snafu. 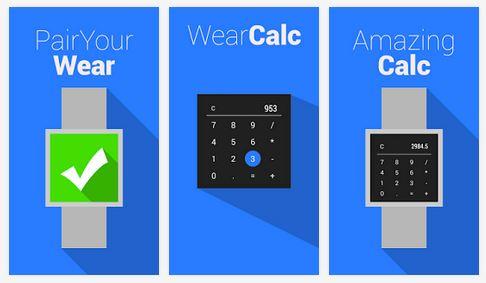 At least one reviewer has run into issues when using voice commands, with the name confusing Android Wear about what the user means; “Wear Calc” sounds like “Where Calc”, and has apparently caused predictable issues. Other than that, the app has solid reviews from the few who have rated it.

According to the Google Play description, the two apps cannot be opened on one’s smartphone, with it being designed for the Wear smartwatch only. Also, it is warned that launching Calc with voice commands may not work, and so users are encouraged to manually launch it by going to Start > Wear Calc.

For other Android Wear news, check out our SlashGear Wearables hub.

Update: It appears both apps have been pulled.