A few years back, analysts and market watchers loved picking on the PCs, by which they traditional meant desktops and laptops, as the underdogs of the consumer tech industry. These days, however, that status has befallen the tablet, whose sales have seen continuously plummeting numbers. But with the iPad Pro and the proliferation of Windows 2-in-1 hybrids, that is even more so the case with Android tablets, despite the strength of their numbers. Why has this once popular device class become so laid low? Is there a way to save them, or should we even bother trying? I’d say yes, but it’s going to take some guts, which OEMs have unfortunately lost in the past years.

A kingdom under siege on all sides

Android tablets were a phenomenon. Although it took a while before it caught traction, partly due to Google’s slow adoption of the form factor for Android, the variety and number of options, especially when it comes to prices, sang to consumer’s hearts. They didn’t have to shell out hundreds and hundreds of dollars for a shiny iPad. They could, in a way, dictate their own terms, matching features for price or vice versa.

Tablets also filled in a very real need. Users needed a mobile device that allowed them to more comfortably browse the Web, watch videos, send emails, flaunt photos, and maybe even, though very painfully, type out a document. Things that a laptop could do but more portable and more affordable. These gave rise to tablets of all sizes and prices, with some, like the Samsung Galaxy Note and the ASUS Transformer Pad, addressing niche markets with a focus on productivity or creativity.

But this was during a time when phablets were considered ridiculous and smartphones didn’t go beyond 5 inches without looking obscene. These days, however, smartphones like the iPhone SE are the exception rather than the norm. In short, they have cannibalized the tablet market from the bottom. Why would you want to get a tablet, especially a 7 or 8 inch one when a 5.5-inch smartphone can do all of the above and more? Some even have fallen in love to extremely large phablets, 6 inches or higher, precisely because they function as both gigantic smartphone and mini tablet. 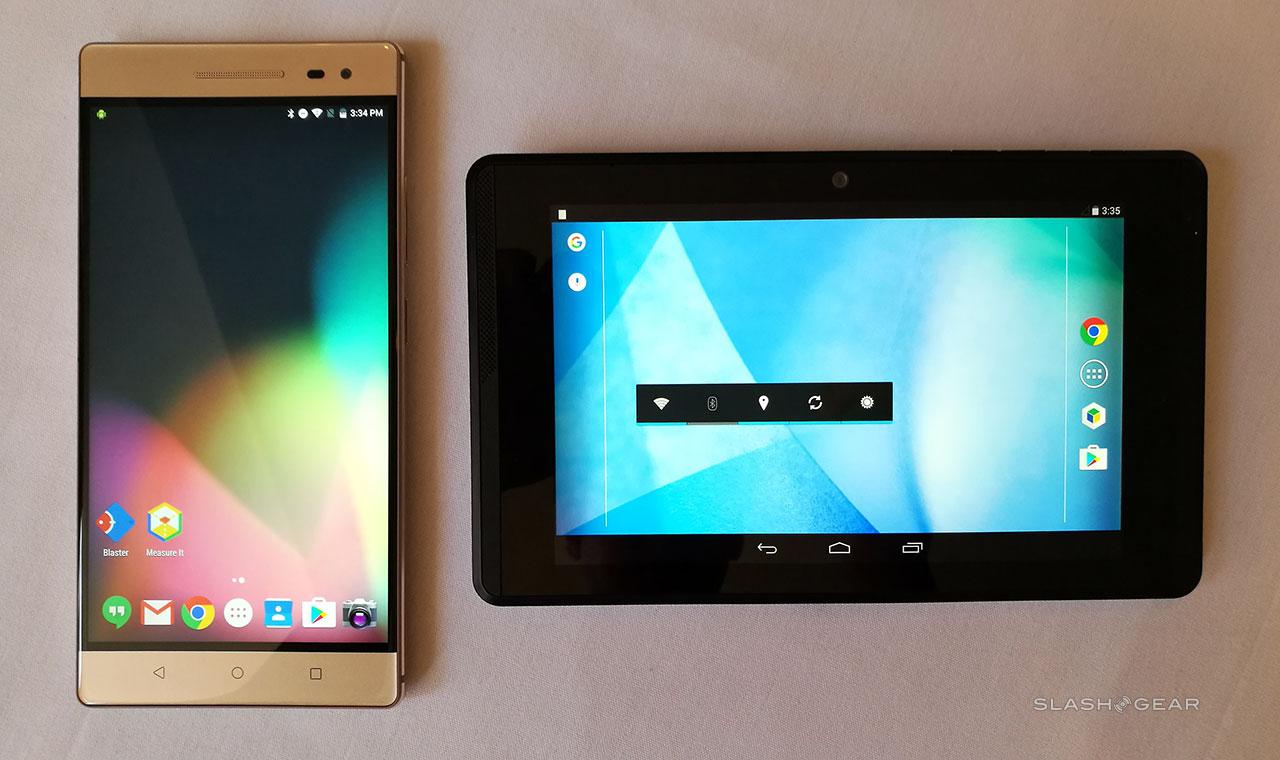 On the other end of the spectrum, higher end and larger tablets were being threatened by the Windows uprising. Off to a terrible start with Windows 8, Microsoft’s finger-friendly OS has finally caught up in Windows 10, and OEMs have taken notice. There are a lot more 2-in-1 hybrids, convertible laptops than ever before, and, in exchange for some heft, they offer more functionality and flexibility than tablets, especially the bigger and more expensive ones.

For a time, almost all tablets were feeling the heat. But Apple managed to keep the wolf away when it unveiled the iPad Pro. At least for now. Android tablets, on the other hand, were seemingly stuck in a hopeless situation, and manufacturers have responded as expected, by pulling out.

Dell’s recent mini-announcement that it was ceasing development of Android tablets in favor of Windows is perhaps the best example of this almost self-fulfilling prophecy that manufacturers have found themselves in. And although you can’t blame them for just simply trying to follow the sway of the market, you can definitely chide them for helping create this situation in the first place.

In the earlier days of the tablet fever, Android tablet makers rushed to innovate and be “first” in the market. You had tablets with styluses, tablets that transformed into laptops, or phones that transformed into tablets. Some of these ideas eventually found their way into Windows tablets and iPads. Ironically, Android tablet makers have stopped there. 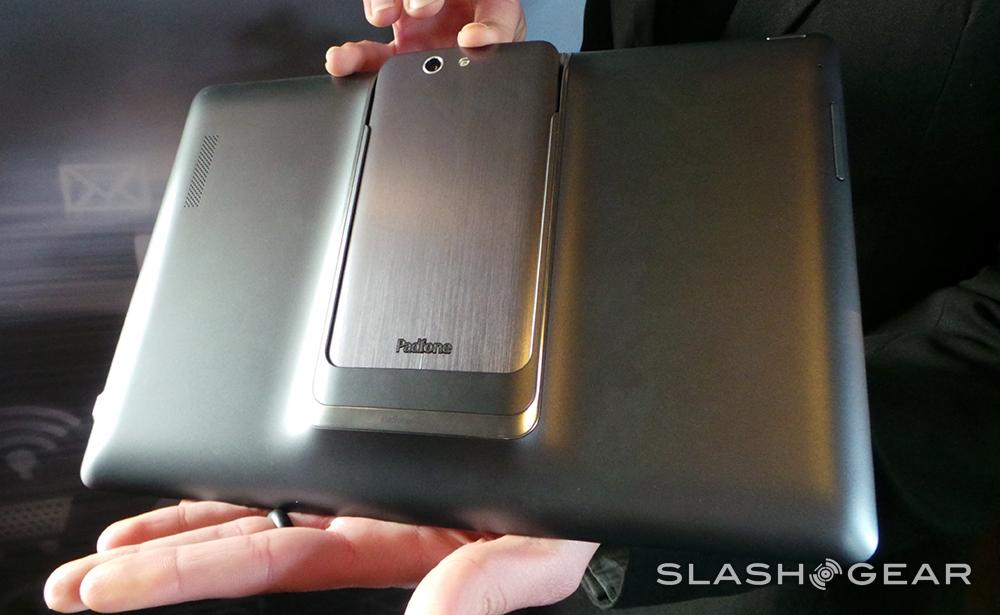 Perhaps they saw the decreasing ROI and decided that the costs of R&D and manufacturing were just too much to bear. So instead they cast their gazes low and sought to cater to the lower end. That has always been the case for many less known models, but soon even big brands like Samsung and LG would produce more low to mid range tablets and very little innovation on the higher end.

For a very short while, that may have worked. But then smartphones got started becoming bigger and more powerful. A very large mid-range smartphone these days could run circles around most tablets except in battery life. And those allowed you to make phone calls and take it with you everywhere. And just like how feature phones and low end smartphones, despite their high sales numbers, are only a small dot in financial reports, so to are cheap, low end tablets.

OEMs have created a tablet market that increasingly catered to the low end, and now that end is being devoured by smartphones.

Tablets are transforming, and admittedly, what worked before isn’t going to work anymore, as the market numbers so painfully show. If tablets, especially Android ones, are to survive, they need to find a new reason to exist, a new place in the personal computing spectrum. While it would seem that smartphones have indeed almost made tablets redundant, tablets still have venues to grow and go, especially along the paths shown by devices like the Microsoft Surface and the iPad Pro.

Majority of the Android tablets for the past 2 years or so have mostly been consumption devices. Any content creation capabilities were mostly a by-product of the devices’ processing power and size, not an advertised feature. In contrast, the Surface and the iPad Pro have endeared themselves to creators, whether they be document writers, artists, or multimedia workers. Not only do they have the power, they also have an ecosystem of features and accessories that help make it happen.

While that does dangerously venture into laptop territory, tablets will, at least for the forseeable future, offer some things that tablets will not be able to, like portability, flexibility, and battery life, among other things. With some compromises and changes in workflow, even tablets like the iPad Pro can become useful as every drivers for work. Android tablets are, of course, just as capable. If only Android itself actually helped.

Android Nougat: a start, not a panacea

It is almost ironic that Android, a more open mobile platform, seems to lag behind in this regard. In truth, the OS has already been capable of a lot of the things that iOS 9 has been boasting about, especially on the iPad Pro. The features are there and the hooks for developers have always been there. And, as Samsung itself has demonstrated, there are ways to go around the limitations if necessary.

But while that is true under the hood, Android in general hasn’t made that widely and easily available to all developers, no matter the brand of tablet. The favorite example of this is split screen and multi-window capabilities. That has always been technically possible but it will only be in Android 7.0 Nougat, due this fall, that it will become more widely accessible. And even then, do expect some growing pains.

But that’s not the only area where Android needs work to become a more productive, multi-form platform. The OS has built-in in support for input devices, especially mice, but the platform and apps don’t fully adjust to that, sometimes still requiring a “click and hold” gesture that is alien to mouse users. In a nutshell, Android, as a platform, is technically capable of becoming more than what it is today, but the devil is always in the details.

Android Nougat strives to address some of those, but it’s really just the beginning. And neither is it the only thing that needs fixing.

While that is all and well on the software side, that will all be moot if there is no device to show it off. The precarious situation Android tablets are in right now wasn’t exactly caused by deficiencies in the software, though that definitely played a part. It was primarily because of increasingly lackluster hardware. Android tablets have started to look so similar, at least on the inside, that choosing one has become mostly a matter of aesthetic taste or brand loyalty than on actual competitive features. Contrast that to smartphones, which, though starting to look similar as well, are still racing towards innovation, be it for screens, fast charging, biometrics, or whatnot.

What the Android tablet market needs, then, is a device that screams “this is what an Android Tablet should be!” That has traditionally been the role of Google’s Nexus devices, showcasing the best of the best Android hardware. But if the Nexus is the representation of Google’s vision for Android, then, sad to say, we might not really be able to pin our hopes on it. Compared to Nexus smartphones, Nexus tablets are just as plain as the myriad of Android tablets in the market, differentiated only by its higher end specs. Google has not exactly been enthusiastic about tablets, seen to have dragged its feet at first in making Android compatible with larger screens. There are new Nexus smartphones in the cards, but no new Nexus tablet, which is perhaps indicative of that continuing attitude.

The exception to this is, of course, the Google Pixel C, and admittedly admirable piece of tablet hardware. But the Pixel C also demonstrated how hardware and software must be in sync. The tablet was perhaps put out too early, in Google’s rush to say “I have a 2-in-1 tablet too!” And that has damaged the tablet’s credibility. Nougat will, of course, address some of those points, but, again, it’s not going to be a magic wand either.

But do we even need Android tablets at this point? That’s a resounding yes, both from a marketing perspective and a growth consideration. Both Microsoft and Apple are already singing about how they have tablets that are also PCs, but, with a few exceptions like the Jide Remix Ultratablet or Samsung’s now defunct Galaxy Note Pro, Google’s camp has largely been quiet. It sends the wrong message that Android isn’t fit for that market, when, in theory and technically, it should have been there first.

And tablets aren’t really going away, despite the slumping numbers. They are transforming, much of them becoming 2-in-1 hybrids that are, themselves, becoming distinct from conventional laptops, which, in turn, are also becoming even beefier workhorses fit for hardcore gaming in lighter forms. Android needs to corner this market if it is truly to be a platform for almost every device.

Android needs more places to grow. Android Wear is somewhat stagnating. Android Auto is still rolling out. And Android TV almost feels dead on arrival. Ironically, one of the newest growth opportunities for Android might be one of its oldest as well: tablets.