Android Pay may have launched barely two weeks ago but getting into Google’s brand new mobile payment system hasn’t exactly been straightforward, which practically required downloading the old version of the Google Wallet app, which is of course different from the new version of the Google Wallet app. Now part of that confusion is being dispelled, with a standalone Android Pay app now available directly from Google Play Store, allowing Android users in the US with compatible smartphones to join the mobile payment revolution. Or trickle, if that is your take on it.

Like Apple Pay and unlike Samsung Pay, Google’s Android Pay is your conventional NFC-based payment system, though one that can also be used to purchase digital goods as well as physical. Its advantage over Apple Pay is that, given Android’s variety of hardware, Android Pay has the potential to be on a wider number of devices while Apple Pay is limited to the recent NFC-equipped iPhone 6 and later generations.

At launch, Android Pay already works with many of the major US banks and credit cards, including American Express, Bank of America, Citi, Discover, Navy Federal Credit Union, PNC, Regions Bank, USAA, U.S. Bank and Wells Fargo. Google notes that Capital One is coming soon. For now, however, Android Pay is still limited to physical store payments, which is, of course, the main call of mobile payment systems anyway. Android Pay, however, goes beyond that, as it will also be a way to pay for app purchases as well, though that functionality is also still on the way. 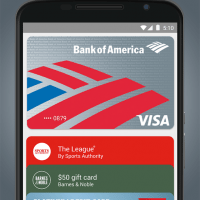 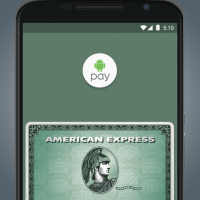 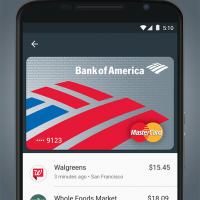 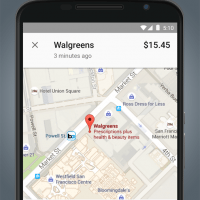 That latter part may cause a bit of confusion between Android Pay and Google Wallet, Google’s previous payment system, which isn’t helped by the fact that the old Google Wallet app upgrades to Android Pay. Google Wallet is now relegated to peer to peer sending of money rather than paying for purchases, physical or otherwise.