The Android Pay version of the changing of the Google Logo on Google dot com has arrived in a super suit. For the first time in the history of electronic wallets (AKA mobile payments), a comic book company is promoting consumerism. From now until the 31st of December, the Justice League will be flying around the Android Pay app, and they’ll be catchable, like Pokemon.

According to Google’s Pali Bhat, VP of Product Management and Payments, the road that lead to this situation started in 2016. The first Android character in Android Pay was an astronaut. Or a space explorer, as Bhat called it. “This little space traveler sparked so much delight that the team created more,” said Bhat, “drawing inspiration from Diwali, Halloween and Chinese New Year, among other celebrations.” 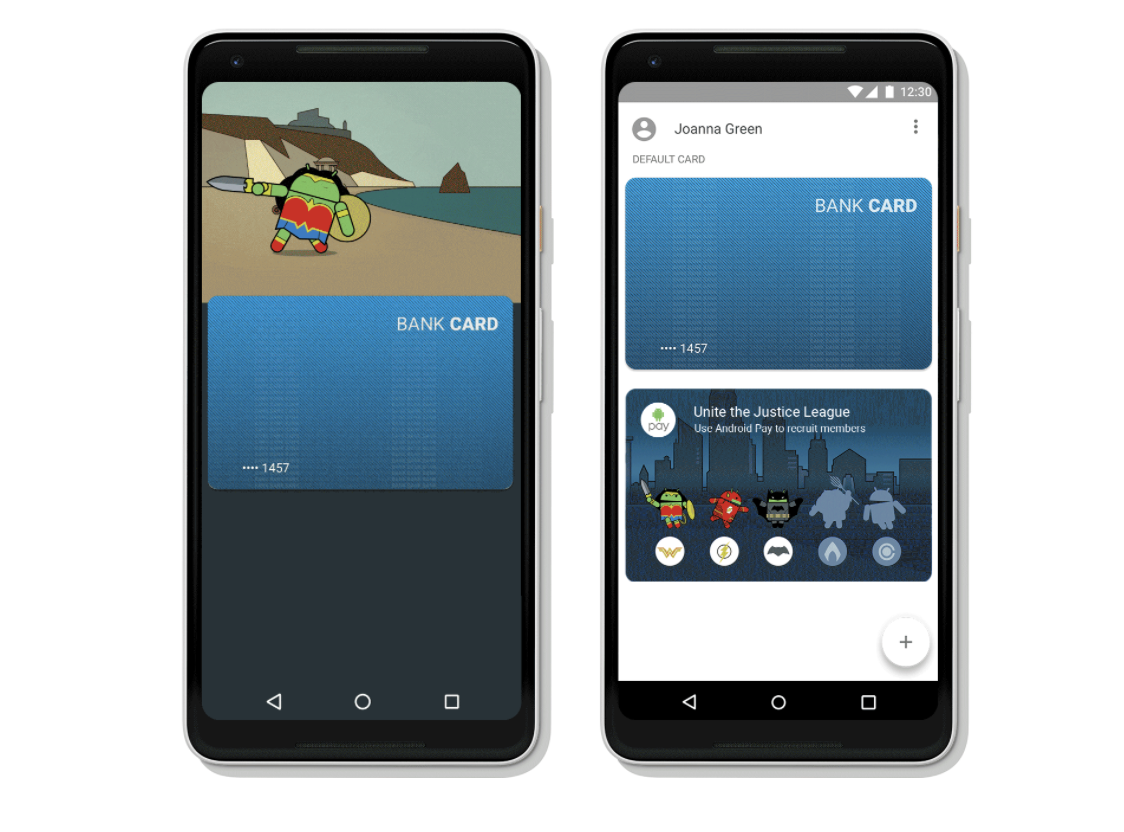 Google dot com – the search engine – had the Google Doodle feature now for what feels like forever. When a special event comes around, or when Google feels like reminding the world about someone important, they release an alternate version of their logo, linked therein to information about said illustration’s content.

Android Pay’s doodles are a little different. Users open the app and prepare to pay at a store or restaurant, and a tiny Android appears. The user can go through the whole payment process without doing anything with the Android, but now there’s incentive to pay attention to this little animation / distraction.

“So far, these charming bots have always been fleeting, but our fans liked them so much we wanted to find a way to let you keep them beyond the checkout line,” said Bhat. “[Now] you can do just that–by collecting them in your app after you pay in stores.”

It’s like that time Pickles the Drummer from the band Dethklok endorsed the use of nickels, as payed for in nickels by the US Department of Treasury. Remember that?