Android P is getting support for notches, that’s pretty much a done deal by now. Of course, Google doesn’t call it a notch but a “cutout” instead. All that’s left, really, is to see the final form it will take. And apparently Google hasn’t made up its mind just yet. The cutout options first appeared in the first Android P developer preview but has now changed rather considerably and strangely, adding more options but also removing others.

You don’t need a notched phone to enjoy the notch. At least not in the Android P developer preview. Simply go through the usual steps to enable Developer Options and there you’ll find options for three kinds of cutouts. In DP1, those revolved around the width and height of the notch, ranging from narrow like the essential PH-1 to wide like the iPhone X to tall. 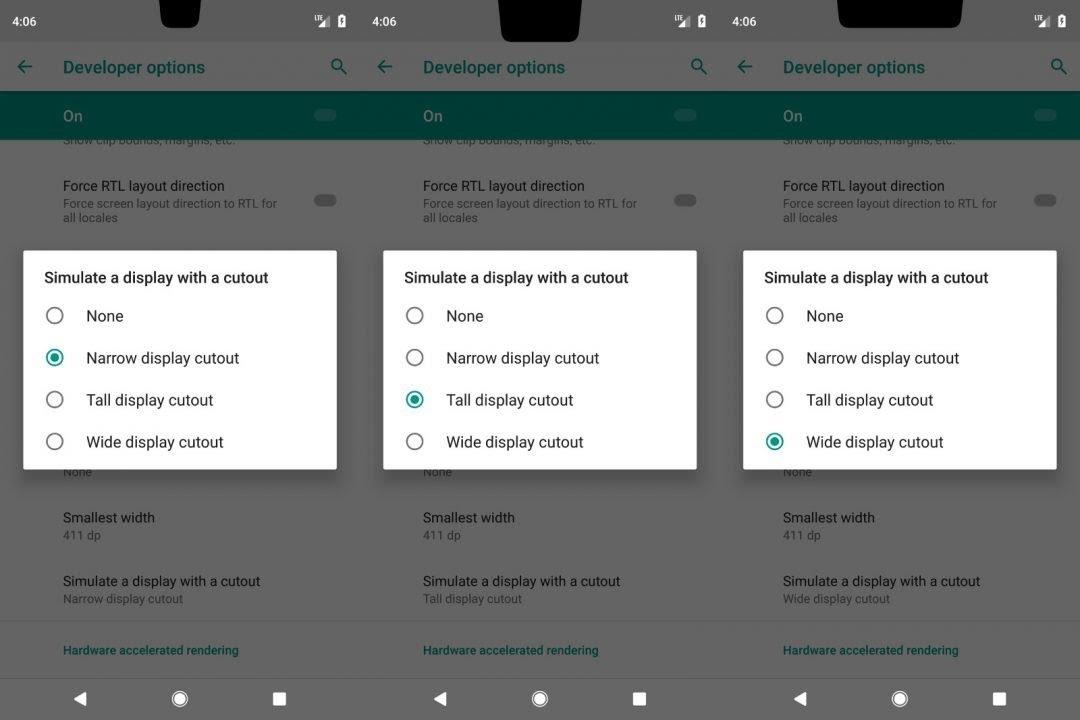 All but one of those options are now gone in Developer Preview 2. The cutout options now revolve around the location and number of cutouts. The remnant from DP1 is the Tall cutout, a bit like what the LG G7 ThinQ has except a lot taller. There’s a corner cutout that simply pushes the status bar a bit to the left. The Xiaomi Mi Mix 2S was, at one point, believed to sport this design, though that never came to pass.

The strangest one of all, however, is the double cutout, with notches top and bottom. ZTE is rumored to have something like this in the works, which now looks like a waste of space even more. Plus, it will also conflict with Android P’s new gesture-based navigation. 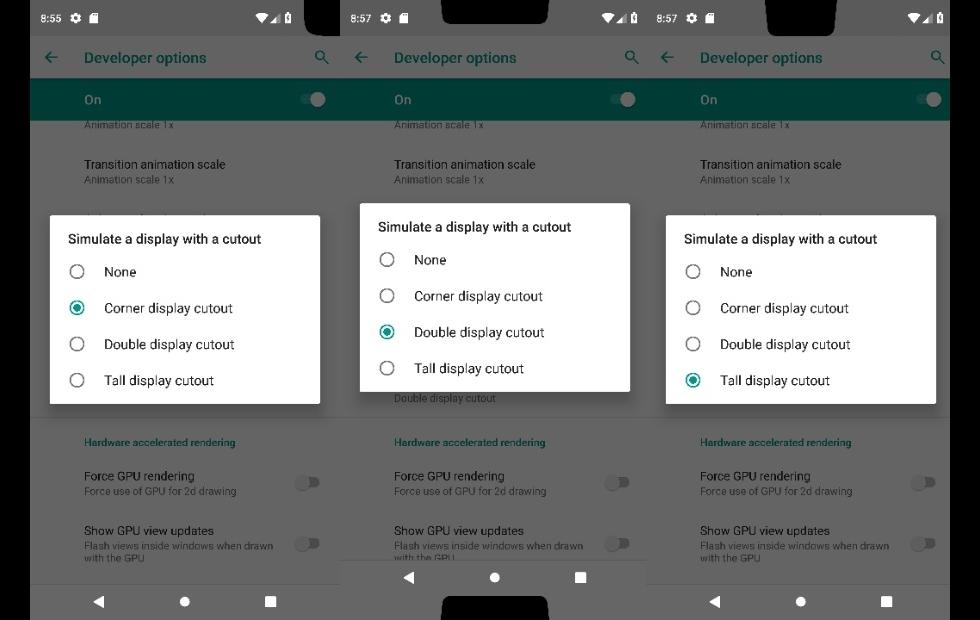 It’s perplexing that Google would introduce support for rumored but nonexistent phones while removing support for existing notches. Then again, it might simply be testing all available options and smash them together into one long list in the final release. Hopefully.