Android Nougat could probably be nicknamed “The Juggler” because of how it brought the gift of powerful multi-tasking to Android. Apparently, however, it might not just be Android that will benefit from that. According to Chrome Unboxed, even Chrome OS gets a taste of that multi-tasking if and when Nougat comes to Chrome OS. Apparently that might really be soon now, at least for those in the development channel, as screenshot reveal Chrome OS running not just Android 7.0 but Android 7.1.1 even.

Chrome OS can already run Android apps, or at least some of them, that much is true. But the current implementation, aside from being limited to a select few devices, isn’t all there yet. In particular, it’s impossible to resize Android apps running in Chrome OS. Either you’re given a big floating window designed for a tablet or you get a smaller window designed for a phone.

Nougat’s multi-window capabilities may have also been designed with Chrome OS in mind. In fact, on Android, having floating, resizable windows is officially an experimental feature. On Chrome OS, it will be a necessity.

Another multi-tasking feature that may arrive with Android N is keeping Android apps running in the background. In a “desktop” setting like Chrome OS, apps shouldn’t stop running just because they aren’t in focus. That seems to be the case with Android apps on Chrome OS though, which makes for a dealbreaking missing feature.

The big question now is “when”. Google seems to have been rather slow in rolling out Android to other Chromebooks, though the arrival of Samsung’s stylus-toting Chromebook Pro could give Google some incentive to pick up the slack. An Android Nougat update could once again revitalize the Chrome OS market. It might also, ironically, render Android tablets obsolete. 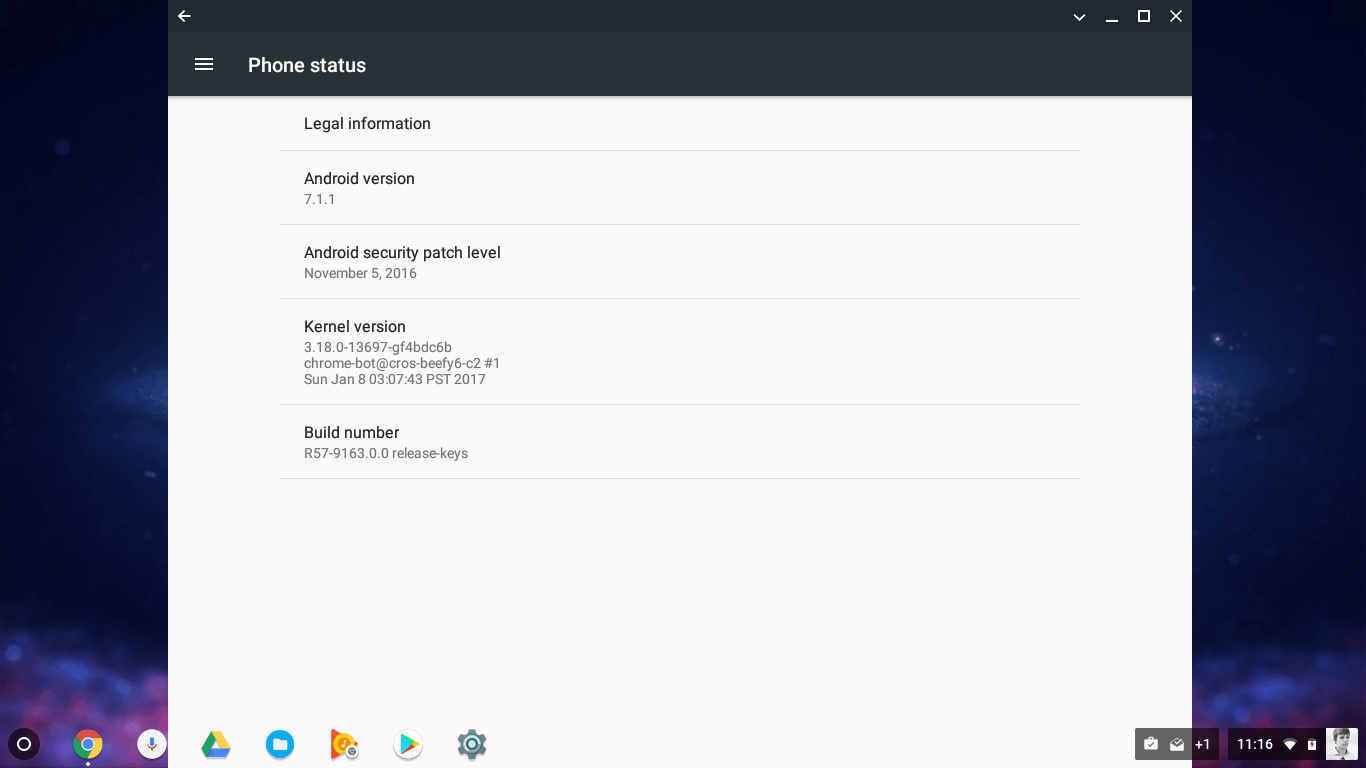