It’s almost too easy to take for granted the number of technologies and estimation required to get your specific location on a map. Most people probably think of GPS as some hi-tech satellite or group of satellites that can pinpoint your location with frightening accuracy, just like in TV shows and movies. That’s why they easily get frustrated, confused, and unamused when maps put them on the wrong side of the street or even the wrong block. With upcoming updates to Android and its Play Services framework, Google is promising that will soon be a thing of the past, all without upgrading GPS satellites to match their fictional counterparts.

Global navigation satellite systems like the US’ GPS, Russia’s GLONASS, and China’s BeiDou do see you, or your device rather, but that requires a direct line of sight from satellite to terra firma. That becomes a problem not only inside buildings, which is why GPS barely works indoors, but also in dense urban areas where buildings can block that line of sight. GPS radios and software inside phones and computers do try to guess where you actually are but if the data they receive is already inaccurate, their end result will be as well.

Google has a solution that surprisingly doesn’t involve things like Bluetooth or communicating your location with other devices. Instead, it takes the 3D maps it already has of the world’s cities via Google Earth 3D to correct and supplement the data that GPS receives from a satellite. Applying some machine learning, because of course it has to, Android’s upcoming 3D mapping aided correction promises to reduce “wrong-side-of-street” errors by as much as 75%, depending on the phone. 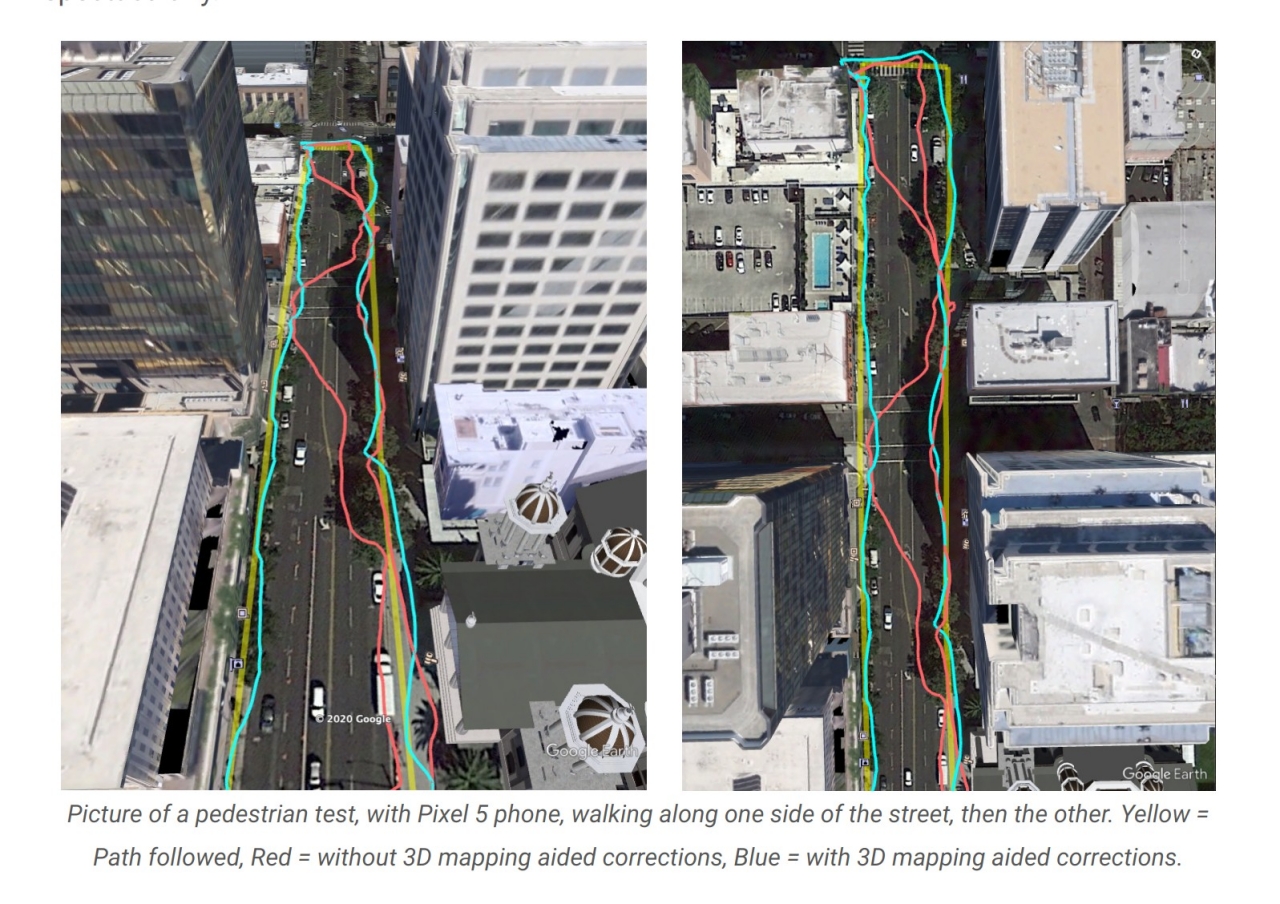 There are some caveats to this seemingly magical fix to an age-old GPS problem. For one, it only activates if your Android phone detects that you are walking, not driving. Only then will it download the 3D tileset for the city you’re in. The biggest catch is that this only works if there are already 3D maps for that city, and while Google boasts covering more than 3,850 cities around the world, it still doesn’t cover all cities around the world.

This new 3D mapping aided correction is part of the December 2020 feature dump for the Pixel 5 and Pixel 4a 5G. Other phones running Android 8.0 or later will get this feature sometime early next year. That said, app developers will still have to explicitly use Android’s Fused Location Provider (FLP) API to actually gain this more accurate location data.