Way back at Google IO 2019, Google announced a handy new feature for Android phones: Focus mode. Billed as a Digital Wellbeing tool, Android Focus mode allows you to tune out specific apps so you can keep your attention on the task at hand. After it was revealed at Google IO, it entered beta, but today it’s launching for all Android users.

Focus mode is a feature that makes a lot of sense – as nice as smartphones are, the apps we use throughout the day can definitely serve as distractions when it’s time to put the phone down and get to work. With Focus mode, you can silence the notifications from certain troublesome apps entirely, and when you try to open the silenced app, you’ll be reminded that it’s been disabled while your phone is in Focus mode.

While that’s the same functionality Google laid out for us when it first announced Focus mode, it also revealed today that it’s added a few additional features based on the feedback it received from beta testers. In this iteration, you’ll be able to turn Focus mode on during certain times of day – so, for instance, if you want Focus mode on while you’re working, you can set it to turn on at 9 AM and turn off at 5 PM on weekdays. 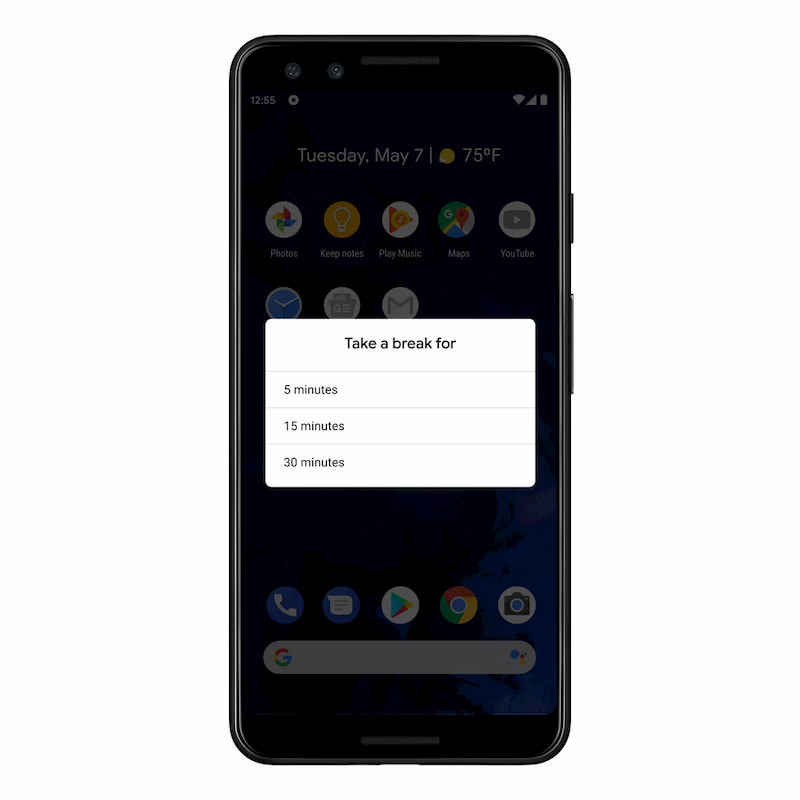 You can now also take a break from Focus mode, allowing a set period of time to catch up on what you’ve missed before Focus mode is automatically turned back on. In screenshots Google shared today, it seems that you can take a break for 5, 15, or 30 minutes, so if you want to use all your apps while you’re on a lunch break at work, you can use this feature and avoid toggling Focus mode off entirely.

So, if you could use a little help when it comes to putting your phone down, Focus mode might be worth a look. Google says that it’s available on all phones that have Digital Wellbeing and parental control settings, and it’ll be available on new phones launching Android 9 or 10, so take it for a spin.