Apple’s AirPods may be derided for its odd appearance but few have complaints about its convenience especially when pairing and reconnecting with a phone. Since there are no single Bluetooth earbuds in the Android world, Google has to develop a solution that will satisfy and work with many but definitely not all Bluetooth audio devices. That’s what Android’s upcoming Fast Pair is all about and the platform maker is revealing more details about it that go beyond simply pairing with devices instantly.

All Bluetooth devices have batteries and many of them require you to keep an eye on charge levels. While Android already displays the battery levels of such devices, it doesn’t take into account the fact that there might be more than one battery to track. That’s the case for True Wireless Stereo earbuds that have batteries for each bud and even a battery for the case.

Fast Pair will take that into account and display three battery levels if necessary. More than that, Fast Pair will also gain the ability to locate devices and manage them, at least those within range. All of that will be shown in a single Device details page, including OEM’s special settings and a link to the OEM app if it exists. 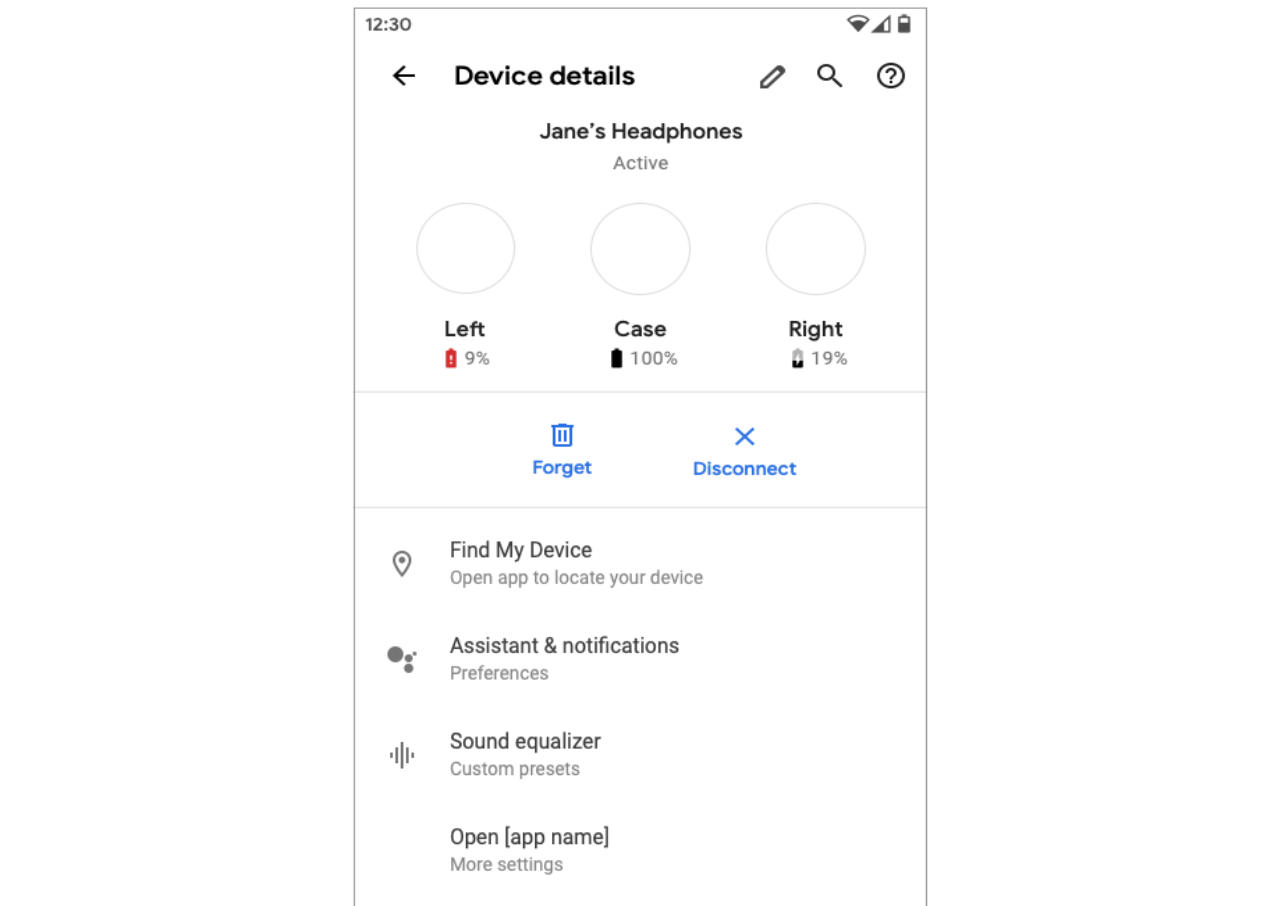 Those changes are inbound for Android Q but it won’t happen by magic either. Manufacturers need to support the feature on their end and, so far, there’s still a limited number of devices that will do so.