This week Hugo Barra stepped on stage for Google and started to bring on the fire to exactly what Google pushed last year: momentum, mobile, and more – and Jelly Bean. This update was touted as the next generation of Android in that it’ll take what they’d revealed thus far, bumping it up just a bit more for the integrated Android experience. 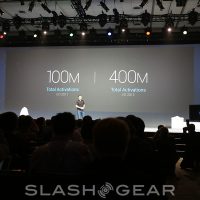