Thanks to its history, lineage, and convention, the Android mobile platform is closer to desktop operating systems compared to something like iOS or even the augmented iPadOS. Many of the conventions and features people enjoy on desktops are sometimes available on Android, though it often requires OEMs or third-party apps to implement them. Sometimes, however, Google itself eventually gives in and makes those features available for all Android users, like two that may be coming in Android 12 that will give users access to a “Recycle Bin” and get apps translated even if the developers didn’t provide any translations themselves.

Android has long exposed part of the platform’s file system to users, something that Apple refused to do for iOS, Google itself didn’t really provide its own file management app until much later with Files by Google. Third-party apps and manufacturers provided their own file managers for years, some of them adding convenience features like a Trash or Recycle Bin folder for restoring deleted files later. Android 11 added such functionality but hid it from view and made it accessible only on a per-app basis.

XDA’s examination of an earlier leaked Android 12 build revealed that Android’s Storage settings might soon show that Trash folder. It seems that, at the moment, users will be able to empty the Trash from the Settings app but it isn’t clear whether they will be able to restore individual deleted files from there. That said, Google’s Files app will be getting its own Trash folder feature that can do all of those things, so it might not be an urgent concern for Google. 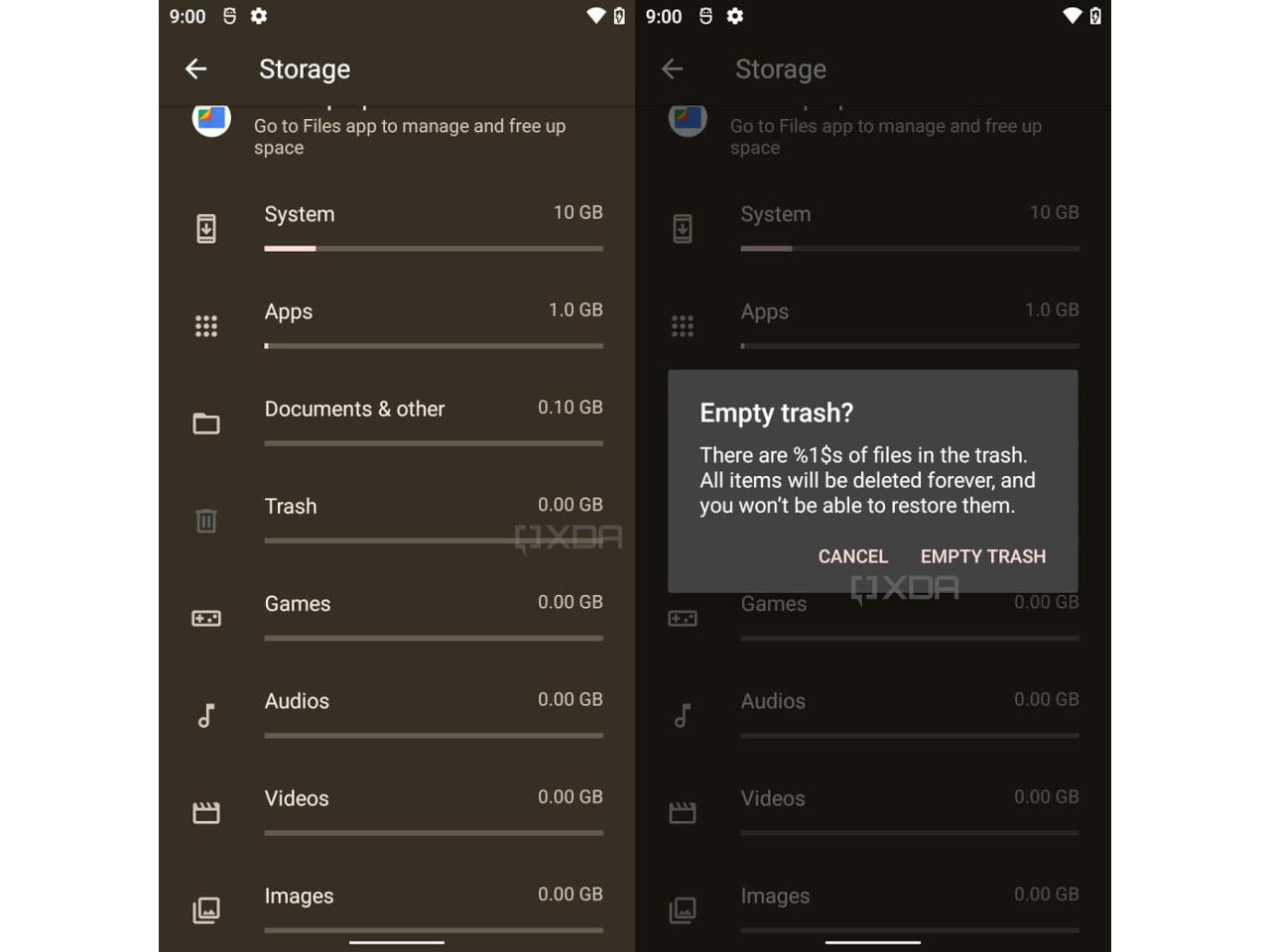 Another interesting Android 12 feature might be the ability of the operating system to automatically translate any app to the user’s language settings. This will be extremely helpful for the hundreds of apps that don’t offer translated text in their user interfaces and content. XDA speculates that, rather than using Google Lens to translate screens, this will be working on a lower level instead.

There is, however, no guarantee that these features will actually be released under Android 12. The foundations, however, are being laid out so it might be safe to expect them to appear sooner rather than later.