Google just released the third beta of Android 12, taking the next version of the platform one step closer to general availability. While that announcement focused primarily on smartphones and tablets, those aren’t the only incarnations of Android getting a big version bump. Android TV will soon also be based on Android 12, and the latest beta version brings the platform up-to-date on the latest trends in TV hardware as well as user privacy.

TVs, both smart and not, have long supported 4K UHD resolutions, and Android TV has matched that capability just as long. That, however, really only applies to 4K content, whether native or upscaled, while the Android TV UI remains stuck on 1080p. While not a huge deal-breaker, the switching back and forth between 1080p UI and higher resolution content can be jarring and is definitely not ideal.

When Android TV gets upgraded to Android 12, the platform will finally support native 4K resolutions for its own user interfaces. In addition to a smoother transition between menus and content, it also opens the door for expanding the UI to take advantage of the higher pixel density. Android 12 for TVs will also bring a touch of background blurring to make menus stand out.

Supporting multiple refresh rates has also become a standard feature on TVs, especially for gamers. Android TV 12 will add settings that apps can use for both seamless and non-seamless switching between refresh rates. Admittedly, not many Android games today support anything higher than 30Hz or 60Hz, but that number is growing as the number of phones with faster refresh rates also grow. 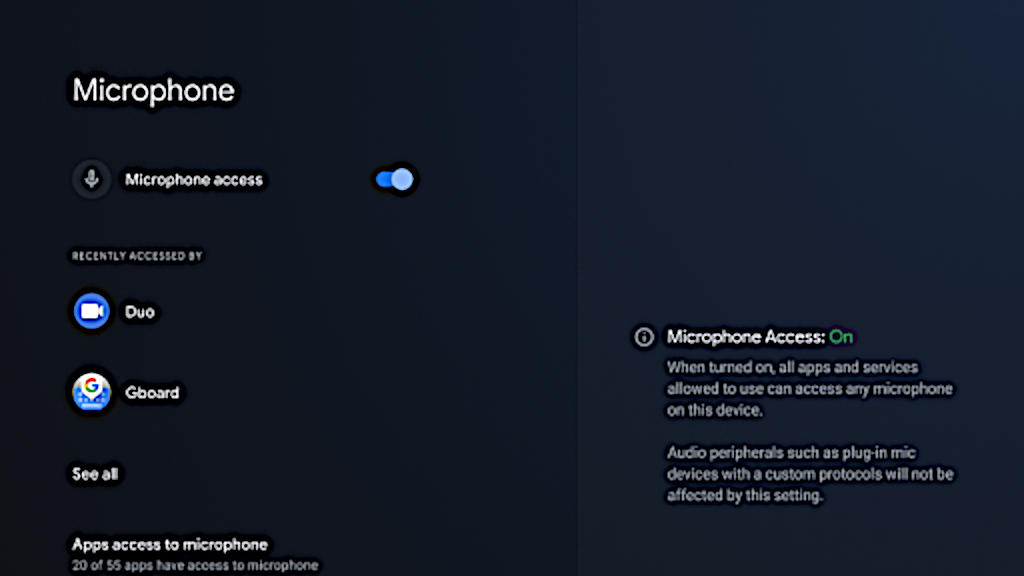 Privacy is a big topic for Android 12, and Google is bringing some of the platform’s new privacy-related features to its smart TVs as well. Clear and visible indicators will appear when the camera or mic is in use, and users will be able to disable access to that hardware on a per-app basis as well as globally. The Android 12 Beta 3 release for Android TV is available on Google’s own ADT-3 dev kit, and, as always, it will be a guessing game, which actual Android TV devices will be upgraded to Android 12 in the future.