Android 11 beta for Pixel 4a lands: How to opt-in

Just a few days after the Pixel 4a starting shipping out, Google is welcoming the device to the Pixel family by bringing it into the Android 11 beta. Those of you with a Pixel already know what this is all about, as Google makes Android betas available for Pixel phones dating back to the Pixel 2. With the launch of Pixel 4a support, those with Google’s latest in their pocket can get a look at the next version of Android before it launches to everyone.

It shouldn’t be long before that happens, either, as Google launched the final beta for Android 11 at the beginning of this month (shortly after revealing the Pixel 4a, in fact). That sets the stage for Android 11 to go live for everyone at some point in the coming weeks, though Google has yet to set a precise date.

In any case, if you have a Pixel 4a and you want into the beta, getting set up is a pretty straightforward process. All you need to do is head over to the Android beta devices page, which is where you should see your Pixel 4a listed. Tap the blue “opt-in” button on the Pixel 4a panel and then wait for Google to push an OTA update to your phone, which should happen within 24 hours after you sign up. 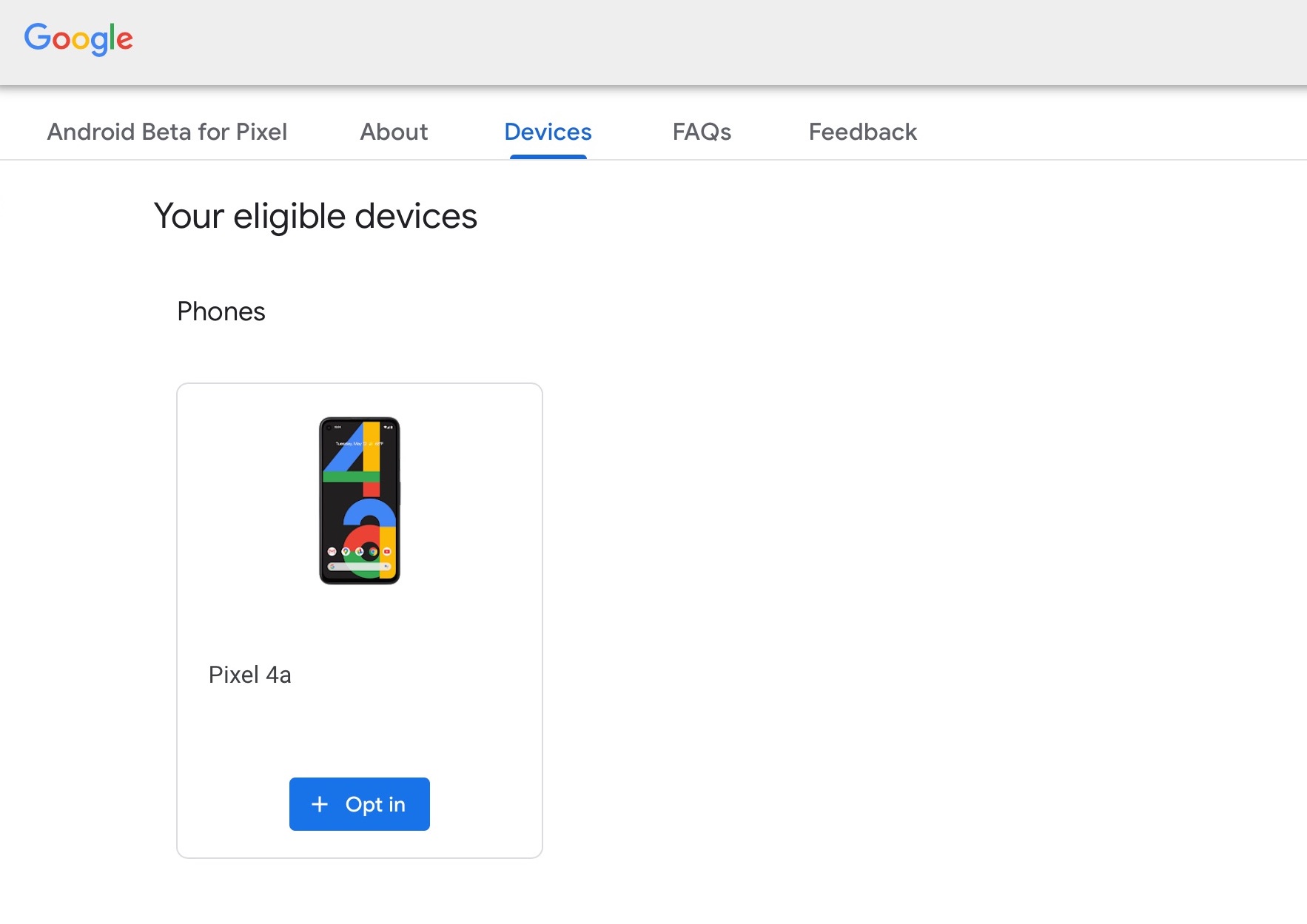 In our review of the Pixel 4a, we found that even though the phone is a little on the utilitarian side in terms of design and missing some key features like wireless charging and waterproofing, it still offers a lot of functionality for the money – particularly when you consider that the Pixel 4a is priced at a mere $349 in an age when we’re contending with flagships that cost $1000 or more.

Be warned, though, that installing the Android 11 beta on your Pixel 4a might not be something you want to do, as you’re at least somewhat likely to encounter bugs and instability. While the risk of running into those things is reduced somewhat considering that this is the final beta before full release, it’s still something to keep in mind.