Android 10 Live Caption is coming with the Pixel 4

At I/O 2019 a few months back, Google announced two impressive features that not only improve the accessibility of the Android platform but also offered users more ways to interact with the world around them as well as with digital content. Live Transcribe, as the name says, transcribed sounds the phone picks up around it into text while Live Caption did the same for audio playing on the device itself. The former already rolled out with Android 10 as promised but Live Caption has still to see the light of day. That may be coming in two weeks and it could be a very impressive headlining feature for the phone.

If you consider how long YouTube has been doing live captions, Android 10’s new accessibility feature might not be all that novel. What makes Live Caption impressive, however, is not the fact that it exists but that it works without an Internet connection and for a variety of popular video apps on Android. Based on XDA’s test of the feature, it may actually be impressive in its accuracy as well.

Like with Live Transcribe, the feature’s settings live in Android’s Accessibility settings, as it is primarily intended for users with certain disabilities. That it benefits even perfectly able users is just a side effect and proof that integrating accessibility features actually benefits everyone. Just ask iPad users who can now use mice.

The settings for Live Caption are, at the moment, pretty bare. One can select a language but, unsurprisingly, only English is available the moment. One can have the toggle for Live Caption available on Android’s volume OSD, in addition to the Quick Toggle at the top. Amusingly, there’s also an option to mask profanity with ****s. 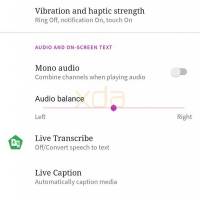 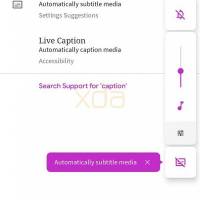 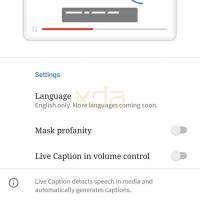 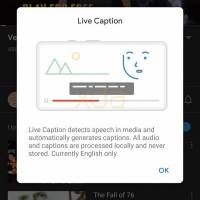 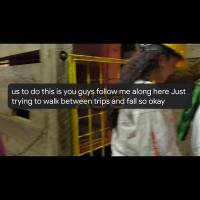 Live Caption’s pre-release performance was reported to be “good enough” but far from perfect. While its debut with the Pixel 4 is almost assured, the bigger question now is where else will it be available. Given the processing power and storage space needed, Google said only high-end Android phones will be compatible but even that is a rather wide range.