Ancient Terra rock found in 1971 on our moon

A sample rock found on the Moon was tested by scientists and reported this week to have originated from another planet. Our planet, more than likely. But how did an Earth rock get to the Moon, and what’s this I’ve heard about our planet and our moon being made of the same stuff? This rock’s origin can be traced back to ancient times, no matter its origin, based on its petrographic and chemical features, both of which are consistent with formation conditions “commonly assigned to both lunar and terrestrial environments.”

The differences in rocks on our moon and rocks on our earth are slight. They’re so very slight that the average onlooker doesn’t usually stand a chance at telling one rock from the other – be it lunar in origin or straight out of a hole in the ground here on Earth. To tell the difference, we look to scientists and researchers at places like the Department of Geosciences, Swedish Museum of Natural History, SE-104 05 Stockholm, Sweden. 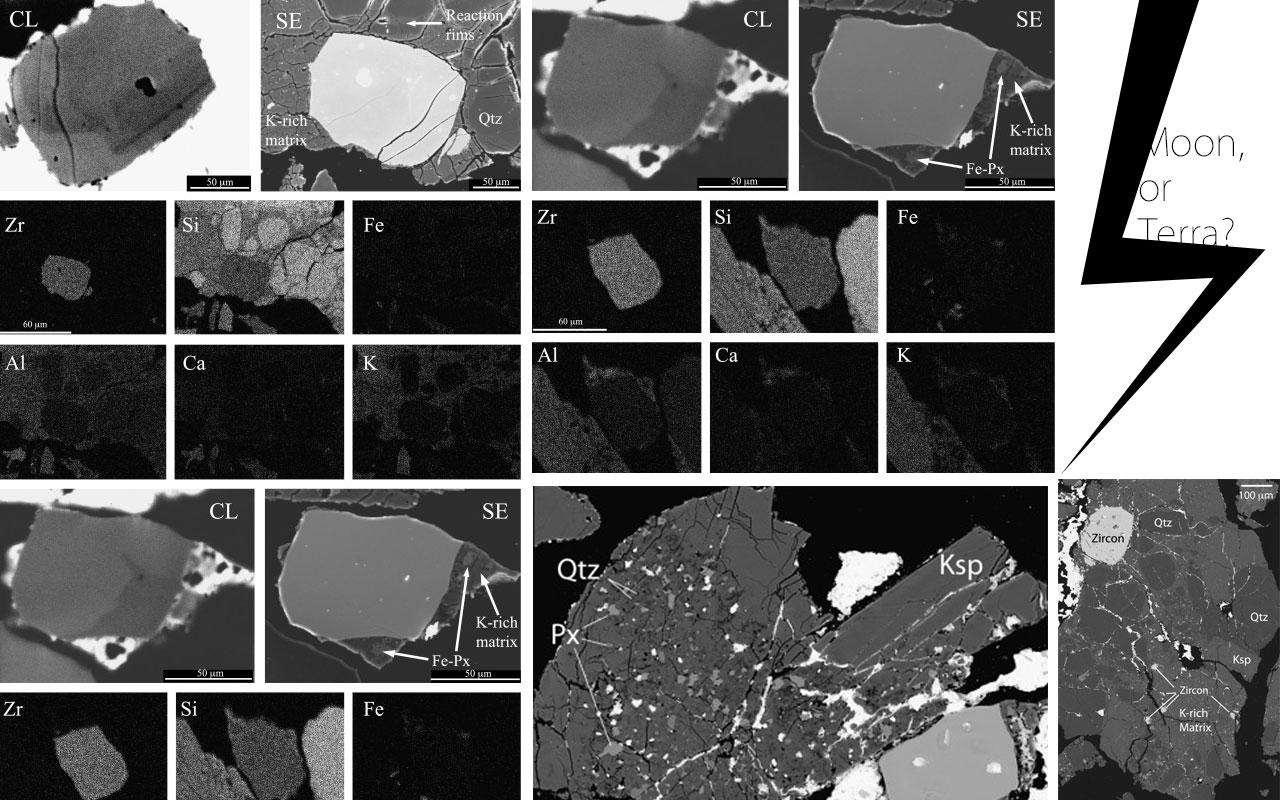 There, lead researcher on a new research paper J.J. Bellucci showed evidence for the first terrestrial meteorite ever discovered – on our moon or anywhere else, for that matter. The rock was first retrieved from our moon by the crew of Apollo 14, the eighth human-piloted mission in the United States Apollo program, and the third ever to land on our planet’s own moon.

So if what these researchers hypothesize is true, Apollo 14 astronauts (back in February of 1971) traveled all the way to the Moon to pick up rocks, one of which originated on Earth. They can now be called the greatest team of rock retrievers of all time. 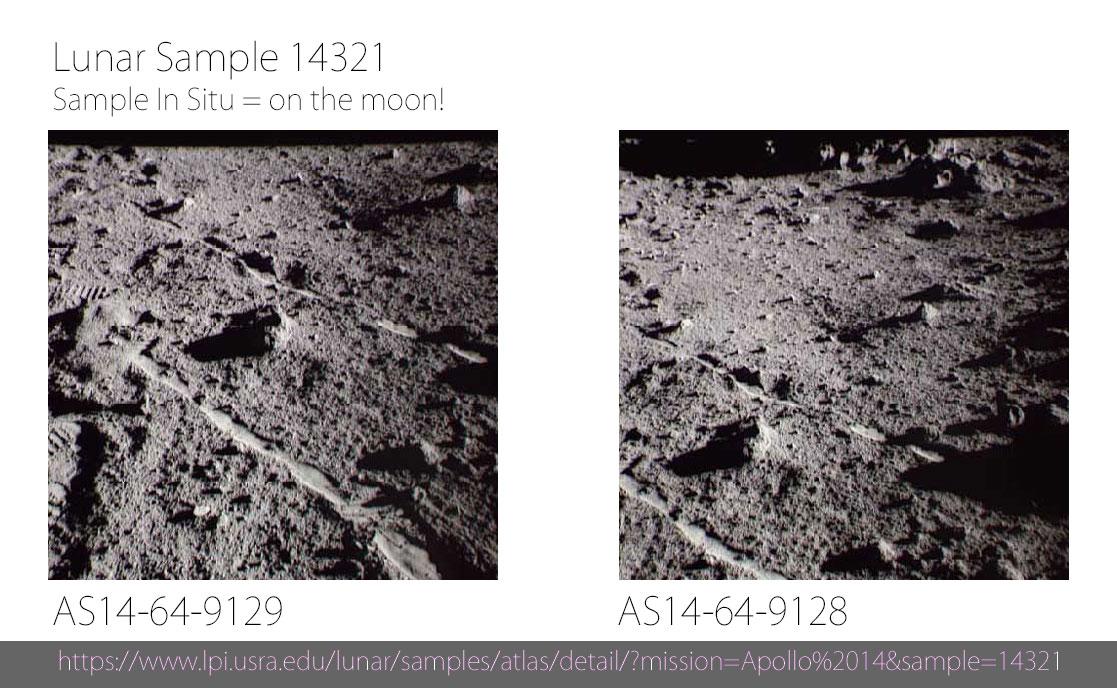 A vast collection of materials were picked up by various Apollo missions to the Moon and brought back to Earth over the last several decades. The fact that this particular sample wasn’t studied in-depth until now isn’t irregular. Consider, for example, the near three decades of storage time between the collection of dirt from around the bones of the T.rex named Sue and the eventual discovery of teeny tiny shark teeth (reported just this past week). There are plenty of rocks that still need to be examined up close and personal, both from the Moon and from right here on Earth.

The difference between rocks from Earth and rocks that’ve been in space or on the Moon can be told by the state of the felsite volcanic rock within. Evidence suggests that the rock likely came from either deep under the surface of the moon’s topmost layers, or that it formed on Earth and was at some point in the ancient past, ejected up from our planet’s surface out into space and landed on our moon. 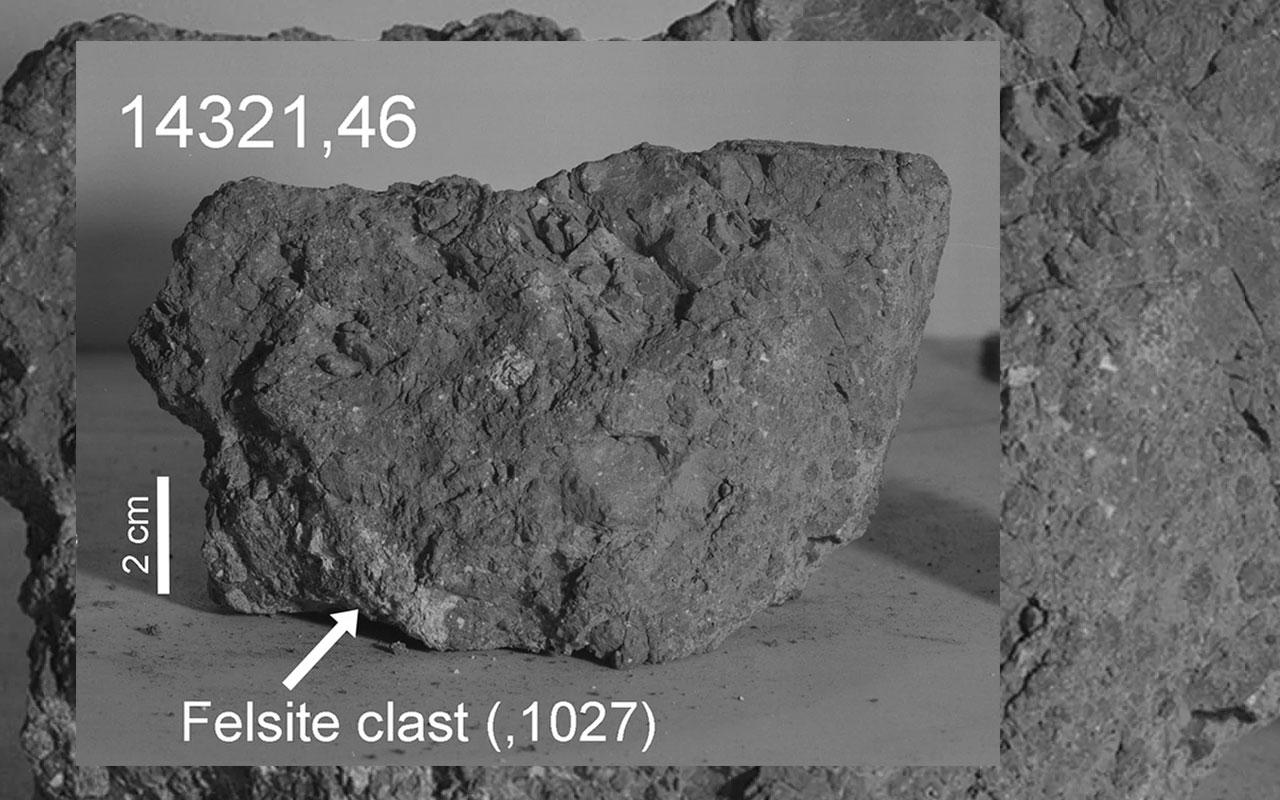 The likelihood that this rock formed under the surface of the moon are less likely, mostly because such a hypothesis does not account for the sample’s “high P of crystallization.” The hypothesis alternative to this – one from Earth – reads as follows:

“Alternatively, the felsite and its zircon crystallized on Earth at a modest depth of 19±3km in the continental crust where oxidizing, low-T, fluid-rich conditions are common,” writes the authors of the research paper published this week. “Subsequently, the clast was ejected from the Earth during a large impact, entrained in the lunar regolith as a terrestrial meteorite with the evidence of reducing conditions introduced during its incorporation into the Imbrium ejecta and host breccia.”

One way or the other, this rock likely formed between 4.0-4.1 BILLION years ago. It’s old, very old.