A pair of frozen lions were shown in a recently published study showing shockingly good preservation of remains. Radiocarbon dating shows one lion “Boris” lived more than 43,000 years ago, while the other, “Sparta”, was last walking the planet around 28,000 years ago. The younger of the two lions is believed to be one of the most well preserved ice age animals ever recovered by human researchers.

Given the condition of the cubs, researchers suggested that they likely died in their respective dens, under the snow or the earth. It’s also possible that the cubs both died in or just before a landslide, followed by quick freezing and long-lasting preservation in permafrost. 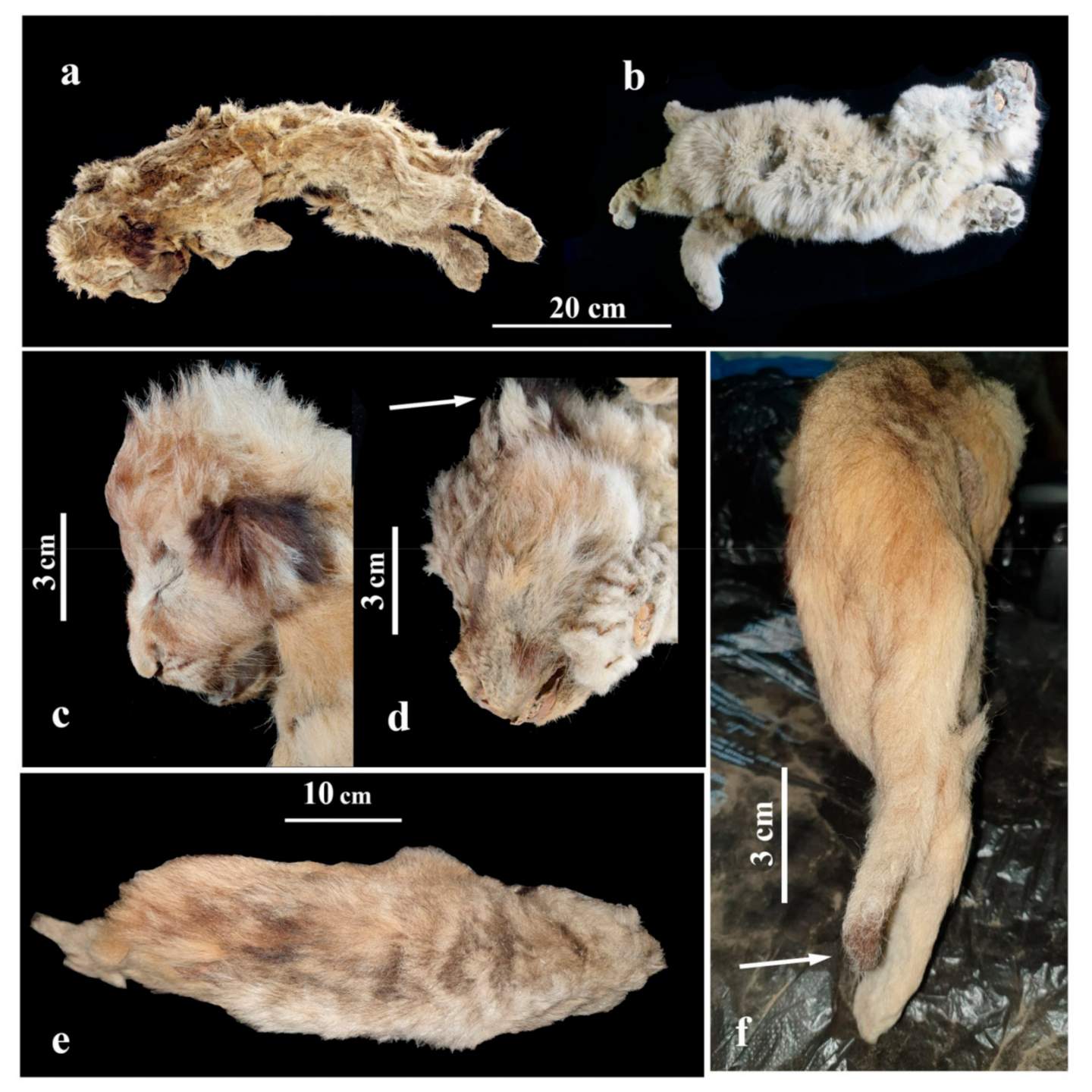 Because of the extreme quality of preservation of the cubs, researchers can see fur color, composition of parts, and details never before seen in these animals from this era. Per the abstract for the research, “the general tone of the colour of the fur coat of Sparta is greyish to light brown, whereas, in Boris, the fur is generally lighter, greyish yellowish.”

One new bit of data posed by the research is that it is possible that “light colouration prevailed with age in cave lions and was adaptive for northern snow-covered landscapes.” Now, if only we could see more color in dinosaur skin from many millions of years ago – that’d be the best.

For more information, see the research paper The Preliminary Analysis of Cave Lion Cubs Panthera spelaea (Goldfuss, 1810) from the Permafrost of Siberia as authored by Gennady G Boeskorov et. al. in Quaternary 2021, 4(3), 24. This research can be found with code DOI:10.3390/quat4030024 as published on August 4, 2021.