Researchers from the University of Queensland have examined a 4600-year-old Egyptian painting. During the examination, a rendering of a speckled goose stood out. Scientist Dr. Anthony Romilio noticed a strange and beautiful bird, unlike modern red-breasted geese that had distinct and bold colors and patterns on its face, body, breast, wings, and legs. The painting is called “Medium Geese” and was discovered in the late 1800s.

While the painting had been studied for generations, no one had realized it depicted an unknown species of goose. The researcher says that artistic freedom could account for some differences between the geese pictured and modern brethren. Still, other artwork from the site has offered extremely realistic depictions of other birds and mammals.

The scientist was specific in stating that no bones from modern red-breasted geese have been found on any Egyptian archaeological site. However, bones of similar, not identical, birds have been found on Crete. The artwork is the only documentation of this distinctively patterned goose that appears to be globally extinct. Extinct animals have been identified previously in ancient art, but not all species have been scientifically confirmed. 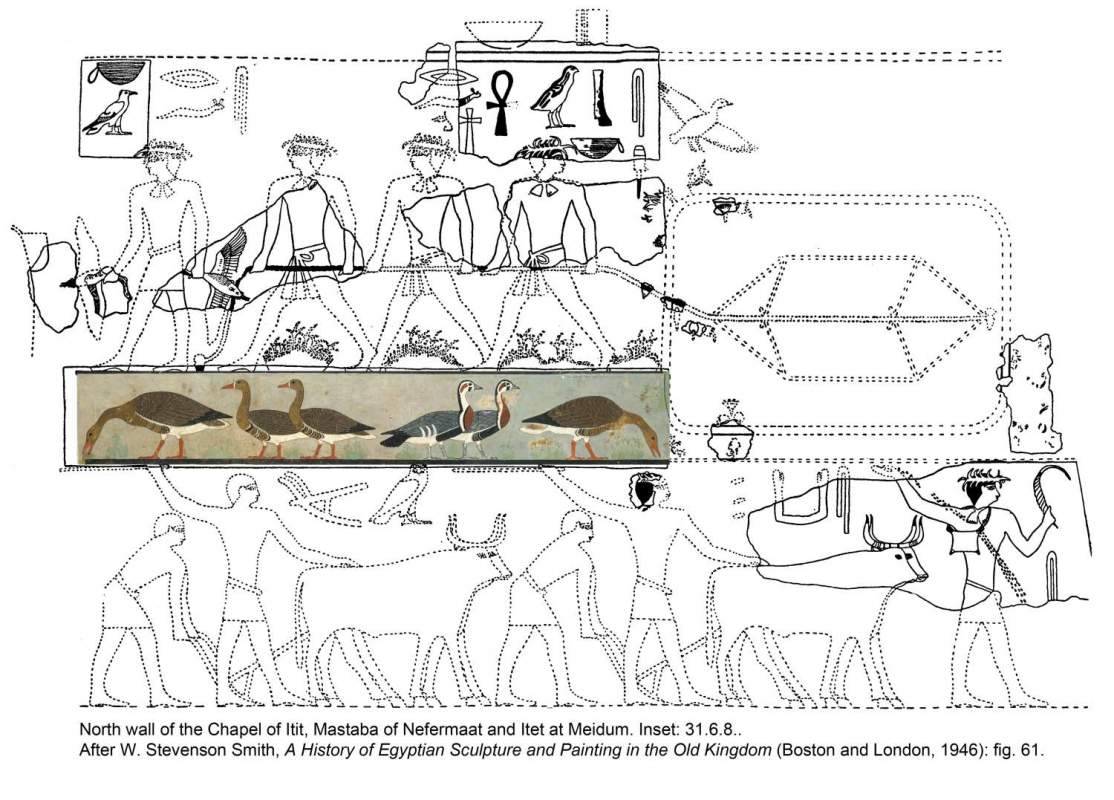 Romilio does point out that Egypt wasn’t always predominantly a desert and, in the past, had a biodiverse history that was rich with species that are now extinct. In the ancient past, the Sahara was green and covered with grasslands, lakes, and woodlands that had a diversity of animal species, many of which have been depicted in tombs and temples.

The artwork examined in this case was from the tomb of Nefermaat and Itet at Medium and is now in the Cairo Museum of Egyptian Antiquities. Ancient Egyptian artwork has also shown the predecessor to modern cattle known as the auroch and previously unknown forms of gazelle, oryx, antelope, and donkey.