Michael T. Wright, a former curator at the Science Museum in London, reconstructed a model of an ancient astronomical calculator named the Antikythera Mechanism. It gets it’s name from the Greek island where it was found. For fifty years after it was recovered by a sponge diver in 1902, researchers had no clue as to it’s possible function. By that time the ravages of two thousand years of being at the bottom of the ocean took it’s toll through the effects of corrosion and mineral deposits. It wasn’t until HP took reflectance imaging scans of the device there became clear enough picture to construct a working model. Wright’s reconstructed model has the capability to predict the yearly motion of the sun, moon, and five planets, and is also a calendar.

We haven’t found anything on the instrument that suggests it was used for astrology, which was suggested in the past,” he said. “I think the maker was showing off a huge amount of knowledge and skill. They demonstrated that you could take these theories about how astronomical bodies move, and make a machine that would calculate them. That was a completely revolutionary idea.
– Wired

Wright’s reconstruction in 2007 couldn’t have happened without Hewlett Packard. They got involved in the study of this ancient astronomical calculator by providing for it to be scanned using a technique called Reflectance imaging. This technique uses multiple photos of stationary objects with a moving light source. This technique allows the computer to construct a texture map of an object that would otherwise be difficult to photograph. You can check out HP’s scans of the Antikytheria here. 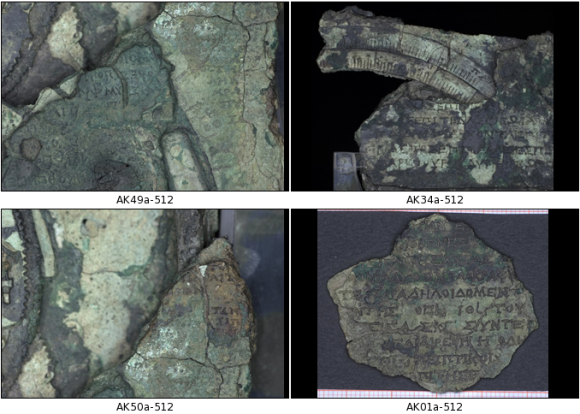 The first video is Wright’s live demonstration of the model via New Scientist. The second is a rendering animation that breaks the calculator down into it’s components and shows how they all fit together. Mogi Vicentini, a friend of Wright’s, rendered this video. It starts from an exploded view of the mechanism and collapses it together over the course of a few minutes into a rendering of the finished box. I reccommend pausing and then skipping around through the video to see the different still renderings. The final video is a Lego reconstruction of the predicting device by Andrew Carol, he builds complex lego devices and and posts them up on the Woz’s site.