E3 is an interesting event – it’s a cross between CES and Comicon. Technically, it is an “industry” event not open to the public, but apparently if you work at a Gamestop you qualify as “industry.” Were people dressed up in costume? Yep. Were there scantily clad booth babes? Lots. One company just outside the convention center had women in bikinis posing for photos as a tie-in with their… no, it was entirely gratuitous. Did people stand in line for hours to get cheap SWAG? Absolutely. In fact, the lines were far longer to get free Oswald Rabbit ear hats in the Disney booth than to play games on the Wii U in Nintendo’s booth. That sort of blew my mind: you get the chance to go hands on with unreleased hardware and software and instead you wait for a silly hat? And yet E3 is not a gaming festival – there was plenty of actual news at the show.

E3 press conferences are also unique. It certainly seems that anyone who has commented on a game blog could claim to be a member of the press. E3 press conferences are massive affairs with several thousand people filling up stadiums and theaters. However, even with the loosest definition of the term, most of the people in attendance were not members of the press, but partners, retailers, employees, and game enthusiasts – some of whom camped out a day prior to get into Sony’s event.

The invited guests were quite partisan – and they were out for (virtual) blood. Game demos at Microsoft and Sony including neck stabbing, neck slicing, arrows to the head, shotgun blasts to the head, and some extremely graphic knifing of an elephant monster’s brains. With each gruesome act of gruesomeness the crowds cheered louder. They may have just been trying to determine if they had any hearing left: Microsoft’s press conference was so loud that the company bragged it registered on nearby USC’s seismic monitors. (I’ve been to E3 before, and I came prepared: I brought earplugs.)

Nintendo’s press conference was qualitatively different, thanks to the company’s content which leans towards the whimsical, and the company’s attitude. At an analyst Q&A at E3, Nintendo’s President said that he takes care to protect Nintendo’s brand so that parents and grandparents will feel safe buying a Nintendo system for their children and grandchildren. You never hear that from Sony or Microsoft. The Nintendo fans are just as nuts about their platform as the Sony fans, but the press conference featured more Pikmin and less splattered brains.

If E3 was a game, Microsoft won. Microsoft has long viewed the Xbox as a set top box that plays games, and it is steadily adding content to the Xbox UI which is searchable using Bing and controllable with voice and gestures via Kinect. Xbox SmartGlass leverages Microsoft’s strong position in the living room to make inroads in phones and tablets. SmartGlass turns Windows Phones and Windows 8 tablets into an accessory for entertainment – maps and character bios will appear when watching TV and movies, and the touchscreen becomes a remote. It can also be used for gaming, giving Microsoft a hedge against Nintendo’s gamepad on the Wii U, but the real aim here is Apple, not Nintendo.

Microsoft didn’t give a lot of details regarding how much content will take advantage of the technology, and SmartGlass is just vaporware at this point. Still, it was easily the most strategically important announcement at E3 and could be the differentiator Microsoft needs for its mobile efforts. Microsoft is aiming for ubiquity with SmartGlass, and will be creating versions for iOS and Android as well as Windows Phone and Windows 8. I plan to follow up with Microsoft and find out whether the Microsoft OS’s will be favored in some way.

Sony didn’t have much to say about its hardware or streaming video services, so it spent far more time showing off new games. The titles that stood out: Last of Us, Beyond: Two Souls, and Assassin’s Creed III. Last of Us is startlingly violent, but the violence directly services the plot, which is something like, “traverse a post-apocalyptic world where you protect your daughter from murderous rapists.” In contrast, the violence in the zombie and war titles is there for its own sake. Beyond: Two Souls looks like a tremendously atmospheric horror/superhero version of Uncharted, and features first-rate acting from Ellen Paige and whichever actor did the motion capture as a wary cop in the clip they showed.

Assassin’s Creed is not exclusive to Sony, but Sony was the only company showing off its sea-based warfare mode, which on a giant display might be realistic enough to generate seasickness. I spoke to a lot of people who really liked Sony’s approach to the press conference – no boring new technology announcements, plenty of gore, and an open bar for two hours before the main event (seriously – there was plenty of obviously drunk whooping with each virtual beheading). However, as an analyst I was terribly disappointed. Sony is losing money in phones, tablets, and even televisions. The only area where Sony has any traction is in gaming, and it is not leveraging that effectively. 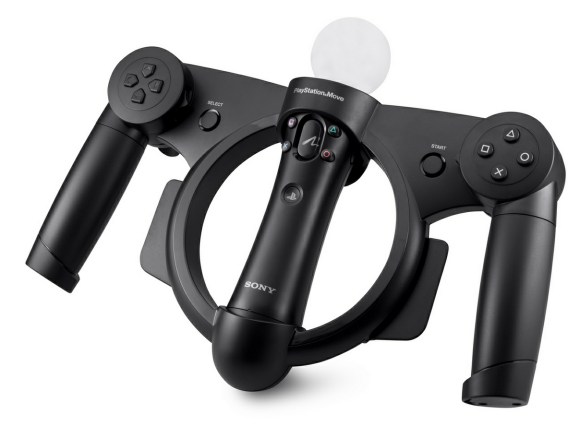 Sony’s big mobile gaming news at E3 was that its curated service for old games on smartphones, PlayStation Certified, will change its name to PlayStation Mobile. HTC will also be a PlayStation Mobile partner, ensuring that should the program become relevant to consumers at some point, Sony’s smartphones won’t exclusively benefit.

Sony did show off one innovative product, the Wonderbook, a VR storybook platform for the PS3 that piggybacks on the PlayStation Move. This would have been the laughingstock of E3, but Sony wisely partnered up with JK Rowling, and the first title for the Wonderbook is Book of Spells, which lets Harry Potter fans stare at their TV and pretend that they aren’t muggles after all. The demo was not terribly impressive, but the desire to wave a wand while saying, “Expecto Patronum!” is so strong that Book of Spells is going to sell a lot of PlayStation Moves. For proof of how good wish fulfillment can overcome a terrible game, see Star Wars Kinect, which is simply awful, but my kids can’t stop playing it because they get to be Jedi with lightsabers. Not coincidentally, Star Wars Kinect is one of the best selling games on the market.

Nintendo’s Wii sales are in freefall, and it needs a strong launch of the Wii U in the fall. So at its E3 press conference Nintendo attempted to explain why everyone is going to want a Wii U this holidays season. It failed. Nintendo did learn from the slow launch of the 3DS that people buy Nintendo products to play Mario, and it spent time showing off first party titles for the Wii U. Mario looks terrific in 720p, but the gamepad does not add much to the experience. Nintendo did show off how the gamepad can be used for asymmetric gameplay – where one player has a different view, and sometimes a different goal than other players in the game who are using Wiimotes. NintendoLand appears to be a pack-in title, consisting of 12 mini-games tailored to the Wii U’s unique hardware. 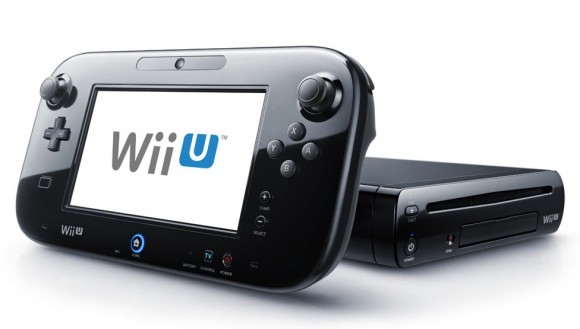 However, the long and boring explanation required to demonstrate Luigi’s Mansion minigame failed to make clear why anyone would want to put in the effort. After the press conference I spent time playing other areas of NintendoLand on the show floor and got a much better sense of what Nintendo is trying to do. The Legend of Zelda: Battle Quest shows off asymmetric coop game play – the gamepad player gets a different view and the ability to shoot arrows, while other players slash away with swords. Donkey Kong: Crash Course has you navigating a Rube Goldberg-type maze, and it flips the map-on-tablet scheme we’ve seen demo’d before. Here, the local view of what you’re doing is on the gamepad, while the TV gets a birds-eye view of the whole course.

In an analyst Q&A session a day after the press conference, Nintendo President Satoru Iwata admitted that they did a lousy job explaining the appeal of the new Wii U titles, and they will have to redouble their efforts before launch. Nintendo loyalists shouldn’t be too hard to convince – Pikmin U looks fantastic, and you can’t play the new Mario titles on anything other than the Wii U. But Nintendo will have a more difficult time attracting non-traditional gamers than it did with the Wii. Microsoft has taken the lead for motion gaming with Kinect, it is building a huge library of searchable entertainment content, and it can claim that SmartGlass gives it all the same capabilities as Wii U. Nintendo will counter that SmartGlass doesn’t exist yet, isn’t designed for low latency gaming, and that developers cannot plan for SmartGlass devices to always be available for gameplay. But those are subtle arguments.

It is worth noting that if Nintendo just attracts loyalists to upgrade to the Wii U, that should be enough to keep the company going without a problem – Nintendo has a strong balance sheet, and the 3DS is now selling briskly, with Super Mario 2 coming this fall. But if the Wii U gets off to a slow start, Nintendo’s shareholders, already extremely upset about the company’s rock bottom stock price, will mutiny.

The press conferences were all about consoles, but the show floor was considerably more diverse. The biggest and loudest booths were still console-oriented. However, PC-based MMOs were out in force, subscription game services had large booths and long lines for their free t-shirts, and there was even a hint of mobile gaming here and there. NVIDIA and Qualcomm both talked about their mobile applications processors and GPUs (NVIDIA on the show floor, and Qualcomm in private meeting rooms). The most gutsy mobile gaming company had to be WeMade Entertainment, a large, established Korean PC social gaming company that is switching its focus entirely to iOS (with plans for Android down the road).

Nobody in the West has ever heard of WeMade, and it is now trying to get traction in the U.S., so it rented a decent sized booth, hired booth babes dressed like the characters in its games, gave out plush logo SWAG, and held a press conference adjacent to the ShowStoppers evening press event. The games are all somewhat formulaic with delightfully “off” translated names (“Rhythm Scandal,” “Project Dragon: The Roar from the Dungeon”). How do you get Western press to come to press conference for a company they have never heard of? You promise to give everyone who registers for the press conference a free 3rd generation iPad, and hope that the stunt gets you coverage. Well played, WeMade. Well played.