Fans of American motorcycles with big v-twin engines should be excited to hear the derelict brand Buell Motorcycle is returning from the dead in 2021. The manufacturer plans to have a range of ten different motorcycles by 2024 that are all made in America. Some motorcycle fans may remember the Buell as having been a part of Harley-Davidson in years past before being closed down.

Erik Buell Racing (EBR) was founded in 2010 and has now acquired the Buell brand name and trademarks to move forward with plans under new CEO, Bill Melvin. Erik Buell was a privateer road racer who worked for Harley-Davidson as an engineer before starting Buell Motorcycle Company, constructing sport bikes using Harley-Davidson engines.

Harley-Davidson invested in the company and eventually owned 100 percent of it, with namesake Erik Buell serving as Chief Technical Officer. In the global recession that struck in 2009, Harley-Davidson shut the company down. Interestingly, Bill Melvin, the current CEO, was contracted to liquidate Buell Motorcycle Company.

Buell plans to field multiple motorcycle types, including sportbikes, dual-sports, and adventure tourers, along with cruisers, dirt bikes, and fully electric motorcycles. Melvin says the company intends to start with the fastest American production motorcycles that are handbuilt in the USA. The company also plans to expand engine displacements to be competitive with other global brands. 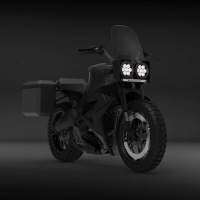 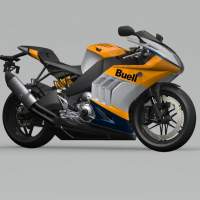 Erik Buell won’t have a role in the new company because he is currently involved with an electric motorcycle and bicycle company known as Fuell. The first offerings coming from Buell in 2021 will include the Hammerhead 1190RX sportbike, 1190SX naked sportbike, the 1190HCR hillclimb racebike, and the 1190 Super Touring motorcycle. There is no indication on pricing, but handbuilt and American-made likely means high price.