Artificial intelligence, or AI, is one of the most prolific areas of research in several fields. AI has vast potential to improve medicine and many other fields of research. Typically, an AI lives inside a computer system constrained inside the digital realm. However, a company called Engineered Arts has developed what it calls an AB, or artificial body, that will give an AI a physical place to reside.

The Ameca humanoid robot is designed to work with humans and provide relatable natural human gestures. It’s designed with upgradeable modular mechanics and can be controlled via a cloud-managed API dev kit. The company says its robot has ground-breaking advances in movement and natural gestures, intelligent interaction and provides a future-proof software system. Engineered Arts also says that its API offers customization pathways that weren’t available previously.

The company plans to show off its robot at CES 2022 in Las Vegas, which will kick off early next year. The robot is designed to be non-threatening and general neutral. Ameca is designed to support the testing and development of artificial intelligence and machine learning systems alongside the company’s Tritium robot operating system. The actual robot hardware stems from the company’s Mesmer technology, which was developed to display a vast range of human emotions. Mesmer robots were designed and built using 3D scans of real people allowing them to imitate human bone structure, skin texture, and expressions. 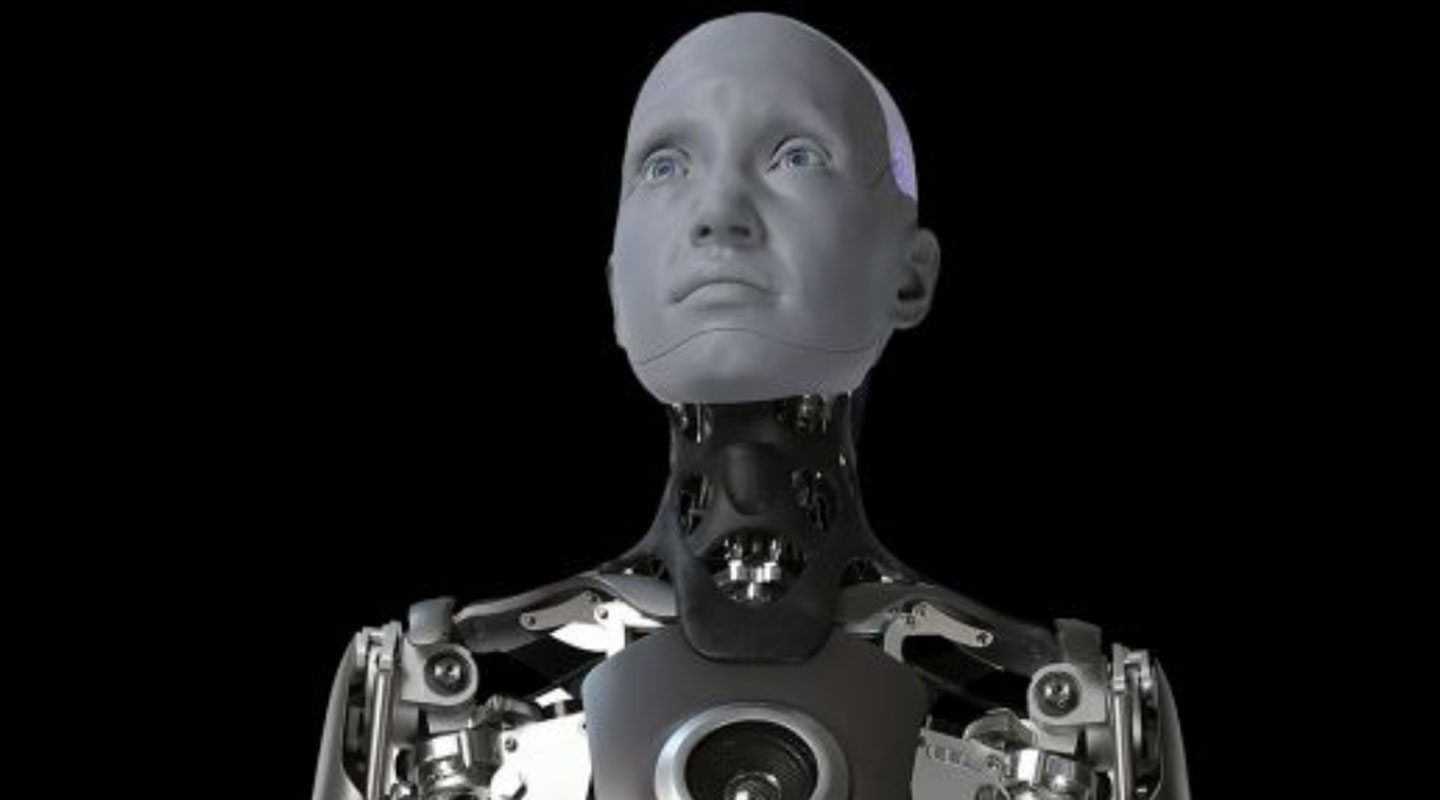 The entire robot system was designed to be cloud-connected, provide owners or operators with access to all robot data, and allow it to be controlled from anywhere in the world. Ameca’s hardware provides lifelike motion and advanced facial expression capability. When humans communicate, we do so with more than words, with much of our communication made through body language and facial expression. Without these indicators, it can be difficult for an individual to interpret intent.

The company says the main purpose of Ameca is as a platform for developing artificial intelligence. The company is mostly focused on developing robotic hardware and says that it’s leaving researchers working with its platform to create artificial intelligence and machine learning algorithms for their hardware. Since the robot is cloud-connected, if something goes wrong, engineers can remotely connect to it to diagnose problems, and often problems can be fixed remotely.

Research into AI is ongoing, and platforms like Ameca provide the opportunity for interaction beyond a computer terminal with something more human-like. There are many applications for artificial intelligence in multiple fields of research.

What else can AI do?

Artificial intelligence has been used to help decipher ancient manuscripts, such as the Vonyich manuscript written in the 15th century. Human researchers have tried to decipher the manuscript for years, but no one was sure what language it was written in. Researchers turned to AI and natural language processing to compare the manuscript to samples from 400 languages.

They discovered that while originally the manuscript was believed to have been written in Arabic, it was actually Hebrew. The team discovered 80 percent of the words in the manuscript were in a Hebrew dictionary. Interestingly, while Hebrew scholars could not read the text, Google Translate did a surprisingly good job of translating a sentence.

Artificial intelligence is also used heavily in medical research. One of the biggest challenges facing medicine today is so-called “superbugs” resistant to antibiotics. Significant research efforts are being put into designing new antibiotics to treat these superbugs. Researchers at MIT leveraged machine-learning algorithms to discover a compound able to destroy several antibiotic-resistant superbugs.

One of the superbugs the compound was able to destroy is resistant to all available antibiotics. The AI used in this instance was given a library of over 100 million chemical compounds. It was able to sort through those compounds to design substances that could destroy multiple superbugs. AI’s can sort through massive amounts of data much faster than humans, significantly shortening research time.