After what may be considered a hibernation period for AMD, Intel’s eternal rival has returned kicking and brandishing an impressive arsenal of new chips under its new Zen CPU architecture and equally new Radeon RDNA2 graphics technology. Unsurprisingly, those took aim at the desktop PC market first but now AMD is bringing the same technologies to a more mobile form factor. At this year’s Computex, it unveiled not only the newest Radeon RX 6000M series of graphics chips for laptops but also a new certification program for gaming laptops to rival Intel’s Evo.

PC gamers will most likely be more interested in the three new laptop GPUs AMD announced today. Based on its current RDNA2 graphics architecture designed especially with gaming in mind, the new Radeon RX 6000M series promises 1.5 times better performance and 43% lower power consumption. Of course, there a couple of graphics cards to choose from, mostly depending on your budget.

The Radeon RX 6800M represents the top-tier option with 12GB of DDR6 RAM, 40 CUs, raytracing support, and support for 1440p 120 fps gaming. The middle ground is the Radeon RX 6700M which brings down graphics memory to 10GB and compute units to 36 while still supporting 1440p resolutions albeit at a slightly slower 100 fps frame rate. Last but not the least, the Radeon RX 6600M will most likely be presented as the budget version that manages to support 100 fps rates but maxes out at 1080p.

All three RDNA2 GPUs share a common DNA, pardon the pun, when it comes to special features that appeal to gamers and power users alike. These include AMD Smart Access Memory, which lets AMD Ryzen processors use the GPU’s high-speed GDDR6 memory as well as AMD SmartShift that dynamically shifts power between AMD Ryzen and Radeon processors for increased performance. 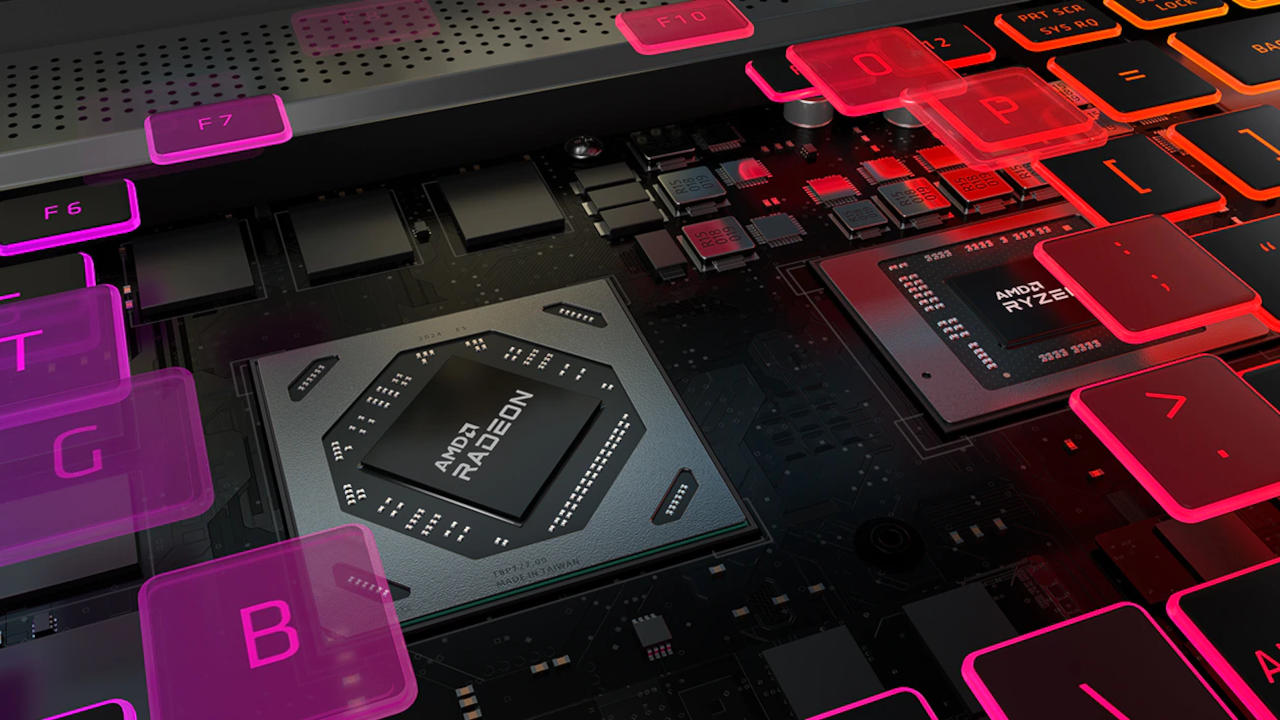 These same features form some of the criteria for AMD’s new Advantage Design Framework. Similar to Intel’s Evo program, it certifies certain laptops as showcasing the best of AMD’s technologies but is geared more towards gaming rigs. The first to be classified under this new branding are the ROG Strix G15/17 AMD Advantage Edition gaming laptops coming this June. Availability of other laptops bearing the new AMD Radeon RX 6000M series GPUs are expected to start later this year.