AMD‘s new Radeon HD 6900 series video cards have officially launched, in the shape of the AMD Radeon HD 6950 and the Radeon HD 6970. Slotting in at the top end of AMD’s range, the new cards replace the Radeon HD 5870 from late-2009 with DirectX 11 support, boosted tessellation and image quality – the former up to 2.9x that of the HD 5870 – and 2GB of video memory.

There’s also a bevy of new features designed to squeeze the best out of your visuals, including Enhanced Quality Anti-Aliasing (EQAA), with a new sampling technique to help improve visual quality, Morphological Anti-Aliasing (MLAA), compatible with any DirectX 9, 10 or 11 application, and improved anisotropic filtering. Meanwhile AMD’s HD3D technology is supported, along with Unified Video Decoder 3 (UVD3). 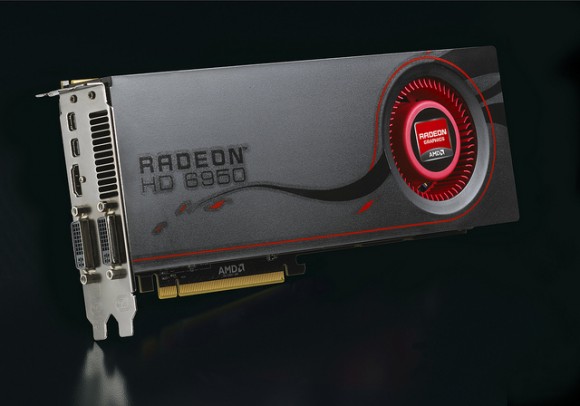 · The time to upgrade is now: Gamers looking to move to a DirectX® 11-capable GPU will find there has never been a better time to upgrade, with the AMD Radeon™ HD 6970 offering up to 2.5 times the gaming performance of 2008’s similarly priced high-end graphics solution.[3]

· Increased memory for higher image quality: With 2GB of video memory serving as the new standard for graphics card frame buffers, gamers can enjoy superior quality graphics without needing to increase the memory footprint, even at extreme resolutions.