Today the AMD Big Navi line of AMD graphics cards were revealed in three sizes, all under the name AMD RX 6000. There’s the AMD RX 6800, AMD RX 6800 XT, and AMD RX 6900 XT, all with AMD RDNA 2 architecture. The more tantalizing of these is the 6800 XT, a card that’ll do battle directly against the NVIDIA GeForce RTX 3080. AMD’s Radeon RX 6800 XT will compete with the RTX 3080 with availability in stores AND a starting price for $659 USD right out the gate.

We’ll be interested to see what the 128MB Infinity Cache is all about. That appears to be far larger than would be… immediately apparently necessary. Infinity Cache has the ability to cut power use by 10 percent vs last-gen while effective bandwidth gets a 117 percent boost. That’d be better than the RTX 3080 on paper – but we’ll see. 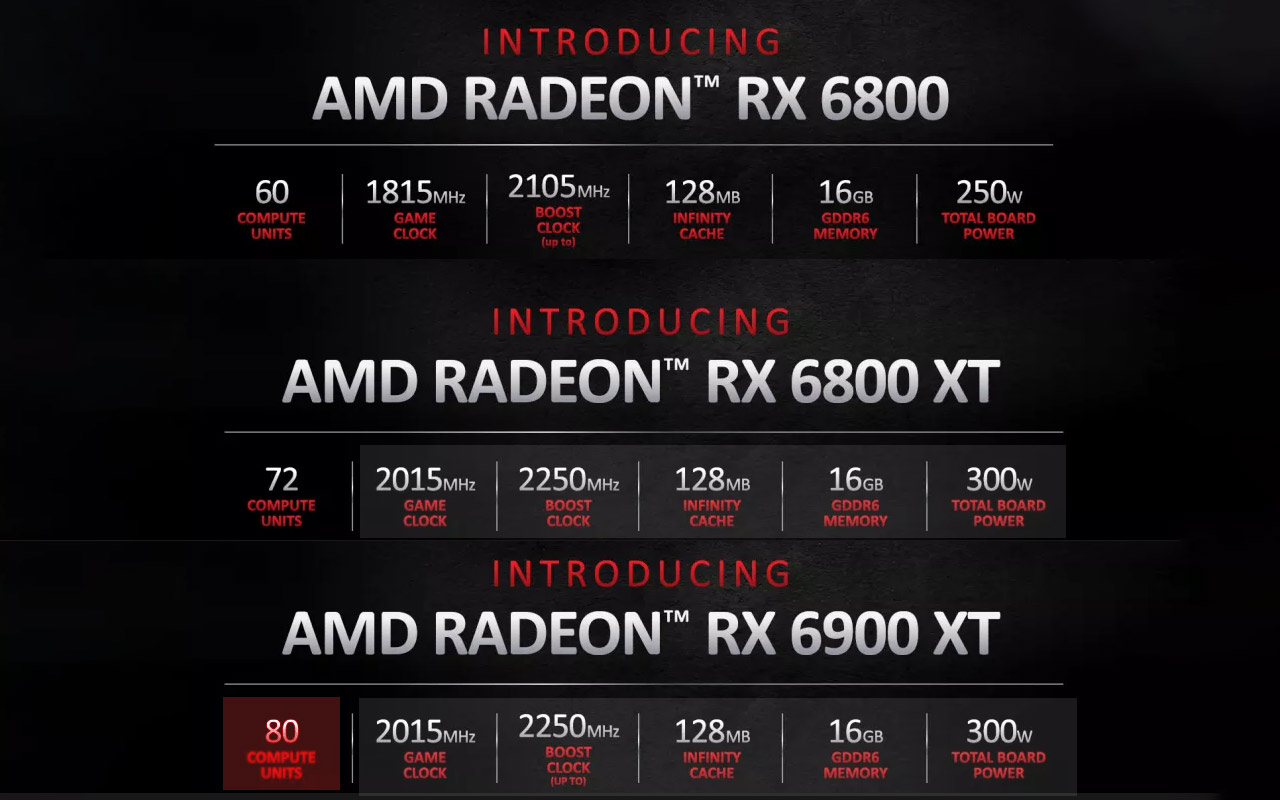 AMD suggests that performance in games with the AMD RX 6900 XT is pretty much on-par with the NVIDIA GeForce RTX 3900. If true, the AMD card’s price at MSRP $999 (a full $500 less than the NVIDIA card) will be a real win.

Above you’ll see the AMD presentation of these cards and the newest in AMD tech with graphics cards for gamers. This presentation expands on what AMD is doing with the cards and the hardware that’ll allow system builders to integrate the full collection into next-generation machines.