Rumors have been swirling about the smartphones that Amazon is working on. Earlier this month an Amazon smartphone was tipped to be in the works going by the codename Smith that was reportedly cooked up at least in part by Amazon CEO Jeff Bezos. Today more information has surfaced having to do with the rumored Amazon smartphones.

Some of the previous rumors had talked about some sort of image recognition feature that would allow users of the smartphone to take a photograph of a real world 3-D object and match that object to an Amazon product for purchase. Recently a patent application has surfaced that seems to confirm that 3-D object matching service. 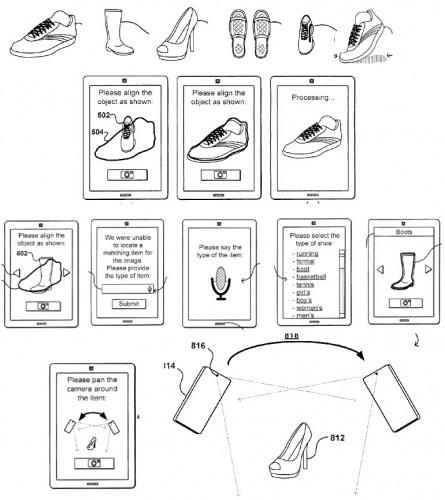 The service will also allow users to take photographs of items such as shoes, handbags, or just about anything else. For items like shoes the user will have to match the product to an outline provided by Amazon and the user might need to place the product into the necessary category. The patent application reportedly outlines only rough parameters for the service. How well the service is ultimately received will depend on how easy it is to use the real world.