Amazon has discounted the cost of certain Kindle models in celebration of the device’s 10th anniversary, a milestone for the popular ereader. The original Kindle device — angular, ugly, but popular enough to revolutionize the publishing industry — was released a decade ago as of next month. The celebration has started early, though.

The Kindle’s anniversary is on November 19, but the celebration discount has started now. Until the special date, Amazon has cut the price of some of its Kindles by $30…which, if you get the most basic model, puts it under the fifty-dollar price mark. If you’re wanting the top-tier Kindle model, though, you’re going to be paying full price when it launches. 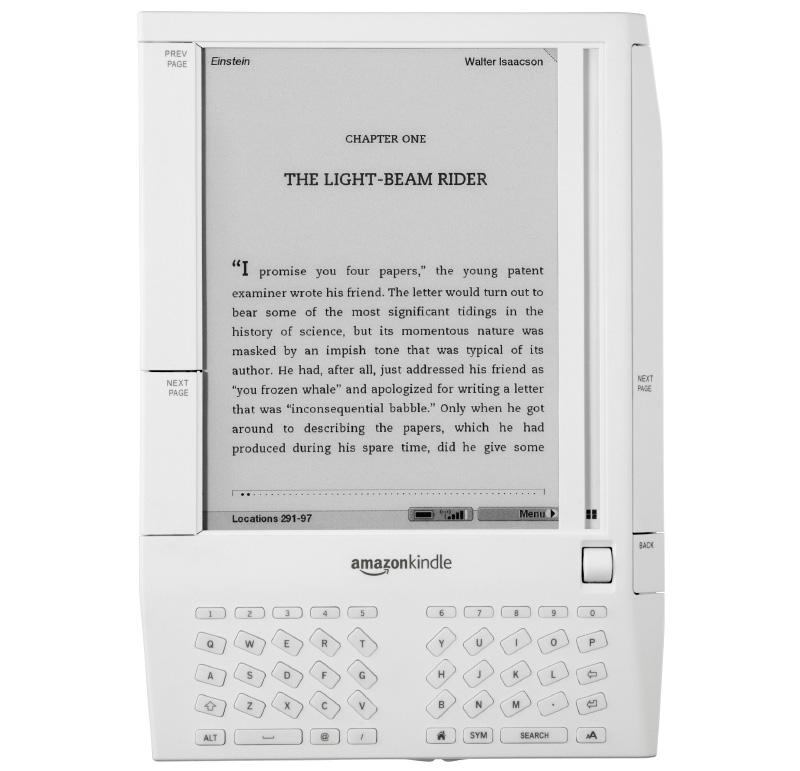 Not familiar with the original Kindle? It is the monstrosity featured above, one that still leaves buyers and designers alike scratching their heads. It is easy to see why Amazon went with some design elements, such as the slanted keys which positioned them more conveniently for the user’s thumbs. Other things, though, like the angled upper right corner, mis-matched button sizes, and slanted bottom edges are baffling.

Amazon made great strides as far as design goes with the introduction of its second-generation Kindle, and things have only improved since. At some point the Kindle shed its physical keyboard with the introduction of a touchscreen, and soon enough Amazon embedded backlights into the screens, enabling users to read while in the dark (without an accessory light).

If you still haven’t picked up one of the newer models, you have three options to get the $30 discount. There’s the original Kindle, which is $49.99 with the discount. Another option is the Kindle Paperwhite for a discounted $89.99, and then there’s the Kindle Voyage for a discounted $169.99. The Paperwhite has a built-in light while the Voyage also has a high-resolution display.