Amazon has announced a trio of new tablets, with the Fire HD 8, Fire HD 8 Plus, and Fire HD 8 Kids Edition coming in from under $90. Upgrading Amazon’s previous 8-inch tablet line-up, the new Fire HD models have more speed and faster charging, while finally upgrading to things like USB-C connectivity. 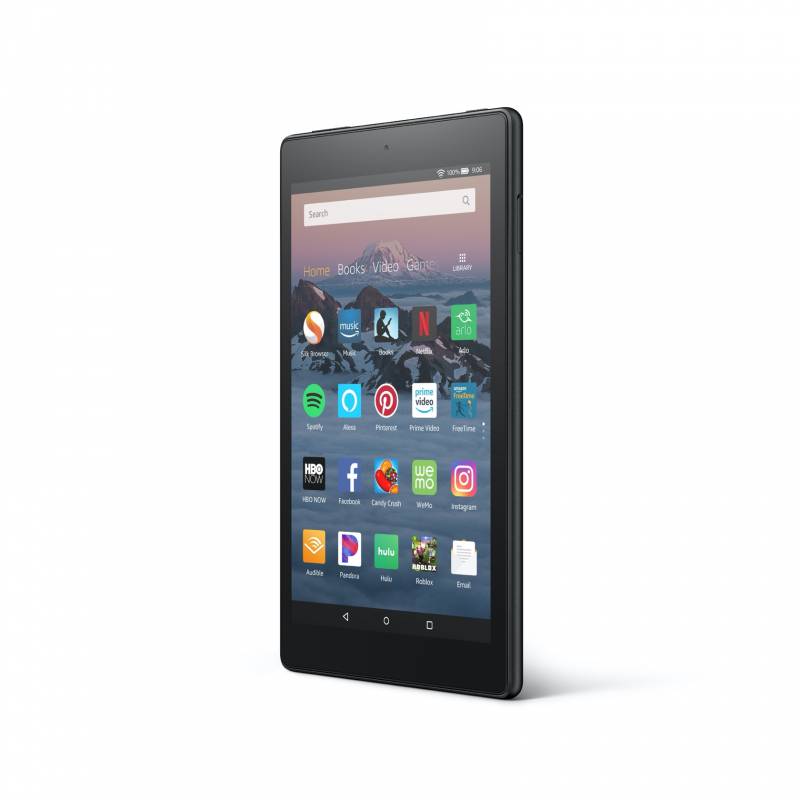 There are 32GB and 64GB storage options, and both tablets have a microSD slot that can handle up to 1TB cards. Unlimited cloud storage for Amazon content and photos taken with Fire tablets is included, too.

Battery life is up to 12 hours, Amazon claims. A welcome change is the USB-C port for recharging, rather than microUSB. A full charge should be complete in under 5 hours, in the case of the Fire HD 8. There’s Alexa, Amazon’s app store for Android downloads, and a new Game Mode that turns off things like notifications so you can focus. 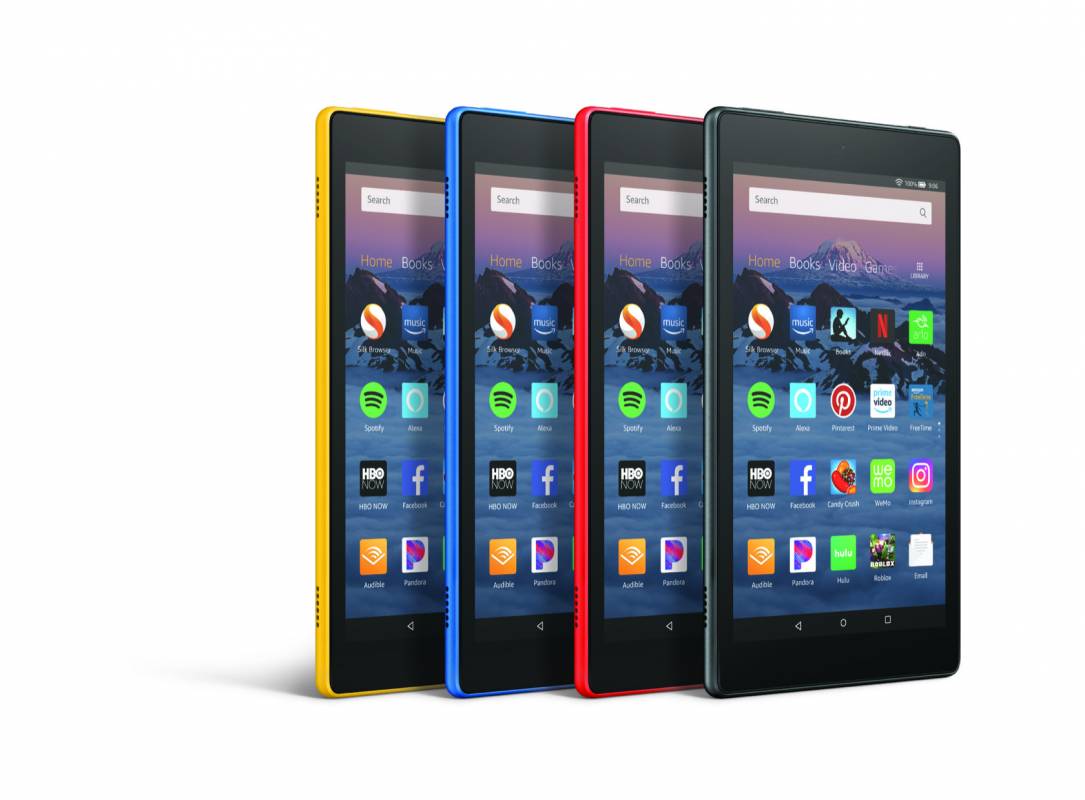 The Fire HD 8 Plus, meanwhile, keeps the same screen but gets 3GB of memory instead. There’s also a 9W power supply in the box, which cuts down USB-C charging to under four hours, and wireless charging support too. Amazon is including a charging dock with the tablet, and when docked it’ll automatically turn into a hands-free smart display with Alexa’s Show Mode.

The Fire HD 8 Plus also includes six months of Kindle Unlimited access, too; after that it’ll be $9.99 per month.

The Fire HD 8 is up for preorder, priced from $89.99. Amazon will also have a launch two-pack bundle, for $159.99. The tablet will come in White, Black, Twilight Blue, and Plum, and will begin shipping on June 3. 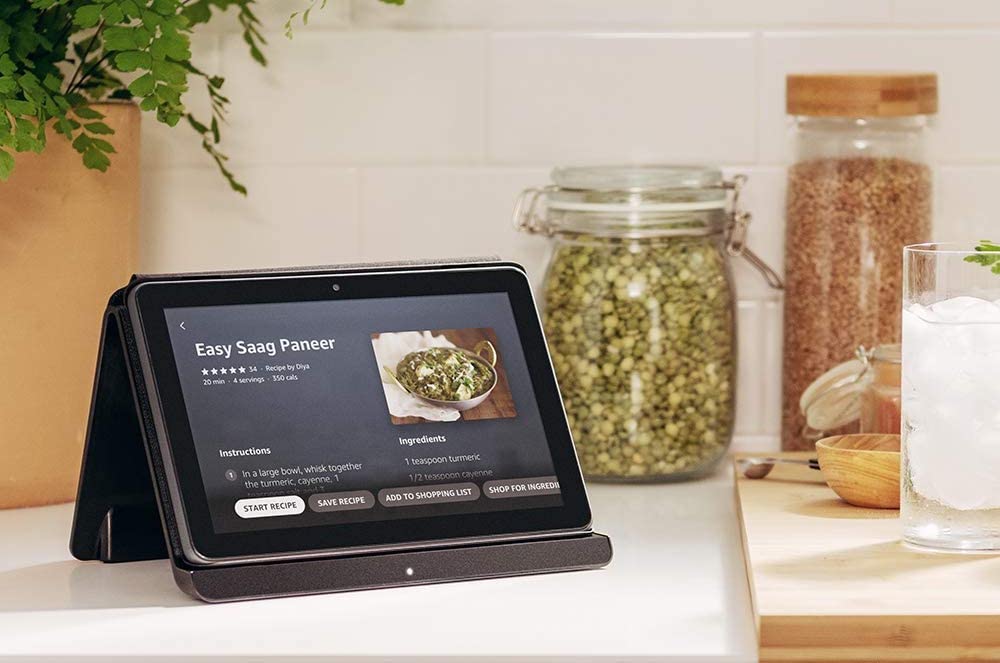 As for the Fire HD 8 Plus, that comes in Slate, and is also up for preorder today. It’s priced from $109.99 and will ship from June 3. A bundle with a Made for Amazon Wireless Charging Dock by ANGREAT will be $139.99.

Other accessories include cases for both tablets. They’ll be $29.99, and offered in Twilight Blue, Charcoal Black, Sandstone White, and Plum.

Amazon’s third tablet has the 8-inch display and 32GB of storage, plus the 1TB microSD card support and 12 hour battery life. Amazon throws in a kid-proof case with a new adjustable stand in blue, pink, or purple, too. 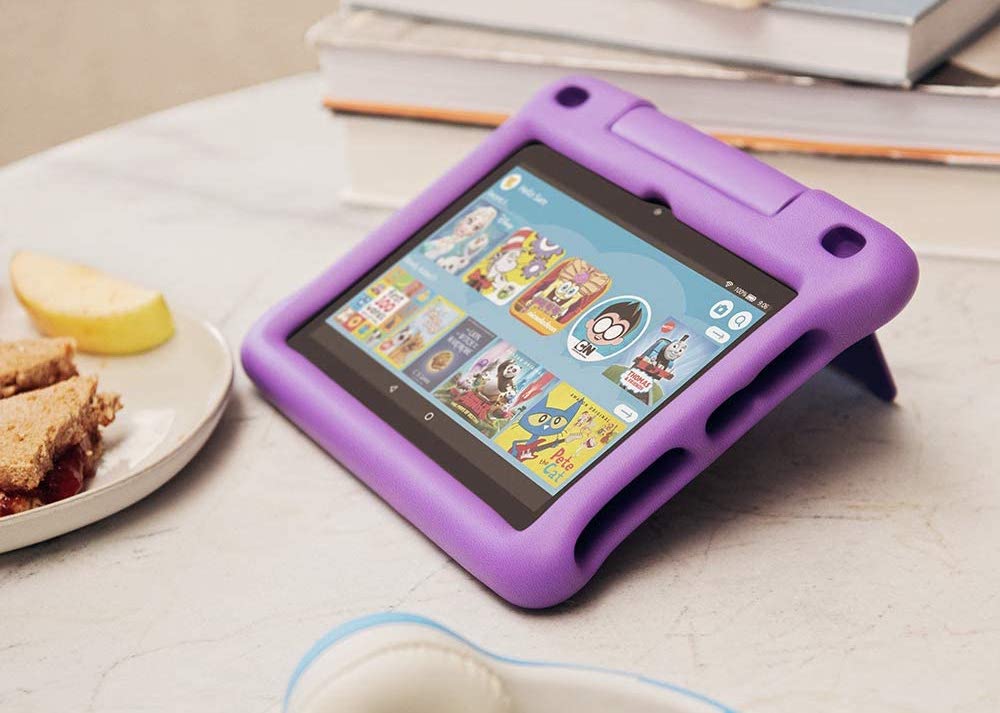 Most important, however, is the two-year worry-free guarantee, which means Amazon will basically replace the tablet no matter what havoc your kids have wreaked upon it. There’s also a year’s access to Amazon FreeTime Unlimited, and the FreeTime parental controls.

The Fire HD 8 Kids Edition is available for pre-order today, starting at $139.99. There’ll also be a launch bundle of two of the tablets with a 25-percent discount. It’ll ship June 3.