Everyone knows that the Amazing Spider-Man does battle in New York, but up until today, we’ve not really gotten that excellent a glimpse at the newest couple of villains (of three) appearing in the next big film. While the next big trailer is set to reveal one whole heck of a lot more information on the film before its May 2nd, 2014 theater release, today we’re having a peek at the next best thing, straight from a movie theater in Las Vegas, Nevada.

A movie theater that very well may be getting in a whole lot of trouble if they’re identified, that is to say. Whenever you see a poster like this appear on its own without supporting media pushed to the web almost immediately afterward, the poster-hanger didn’t do as they were told. With less than a week before the (December 5th) unveiling of the next trailer, it’s likely this poster wont cause quite as much of a banging ruckus as some have in the past. 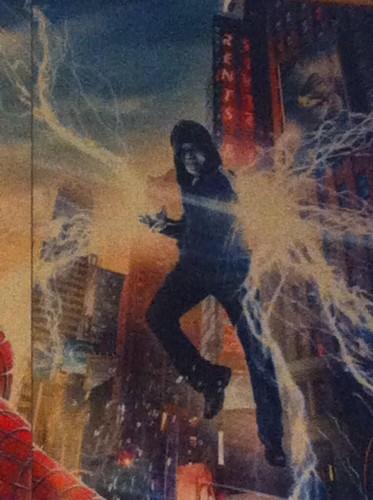 What you’ll see in this poster is Electro to the right – that’s aka Max Dillon played by Jamie Foxx, and a character we’ve seen more than once in the past few months. You’ll also see a very strange vision of The Rhino – aka Aleksei Sytsevich played by Paul Giamatti – gone full mecha-armored here for full hard-battle effect. 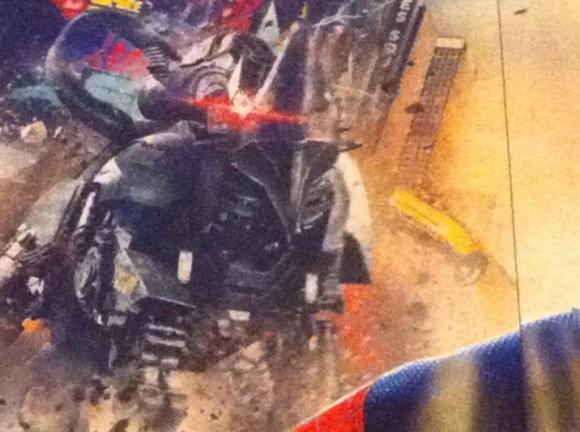 In the distance you’ll also see the Green Goblin, this time played by Dane DeHaan, last appearing in the Spider-Man 3, the third in a trilogy of Spider-Man movies directed by Sam Raimi. It was there that the role was played by James Franco with a Goblin precursor played by Willem Dafoe. In this case it would seem that we’ll be skipping directly past the Goblin and going straight Green with DeHaan, known for his roles in True Blood and In Treatment. 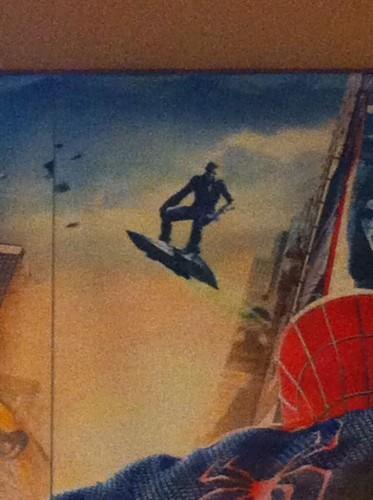 Have a peek at the various angles shot on this poster and let us know if you find anything new by replying to our Twitter @SlashGear!

You’ll also want to have a peek at our collection of interviews with the cast of the first Amazing Spider-Man in the timeline below, and let us know what other bits and pieces you’d like to know now!