Amazfit T-Rex Pro smartwatch promises to be even tougher

OnePlus just launched its first-ever smartwatch and, for some people, the OnePlus Watch’s classy style is perfect for every occasion. Some, however, need a wearable that’s built like a tank that can survive the same environments and operating conditions their wearers go through. For that purpose, Amazfit, whose parent Huami traces its roots to the famed Xiaomi, created the T-Rex Pro smartwatch to be as tough as its prehistoric namesake while not going extinct.

Amazfit actually already launched a rugged smartwatch that looked the part last year under the name of T-Rex. As this new model’s name suggests, the T-Rex upgrades that rugged quality to the next level. It’s pretty much a laundry list of specs and tests, from 15 military-grade tests to 10 ATM water resistance.

A tank of a smartwatch, however, wouldn’t be much if it didn’t have features to match an active lifestyle in the wild outdoors. The Amazfit T-Rex Pro boasts support for the four main global navigation satellite systems so you won’t get lost even up in the mountains. It also has a blood oxygen saturation sensor to make sure you’re getting enough oxygen through all that intense activity. The smartwatch also boasts over 100 sports modes as sleep-quality monitoring.

The Amazfit T-Rex Pro features a 1.3-inch AMOLED display that can stay always on to give the information you need at a glance all the time. Like Amazfit’s other smartwatches, it runs on its own custom RTOS but is still compatible with Android and iPhones, of course. Thanks to that OS, the smartwatch boasts 18 days of battery life, a lot longer than your regular Wear OS or even watchOS smartwatch. 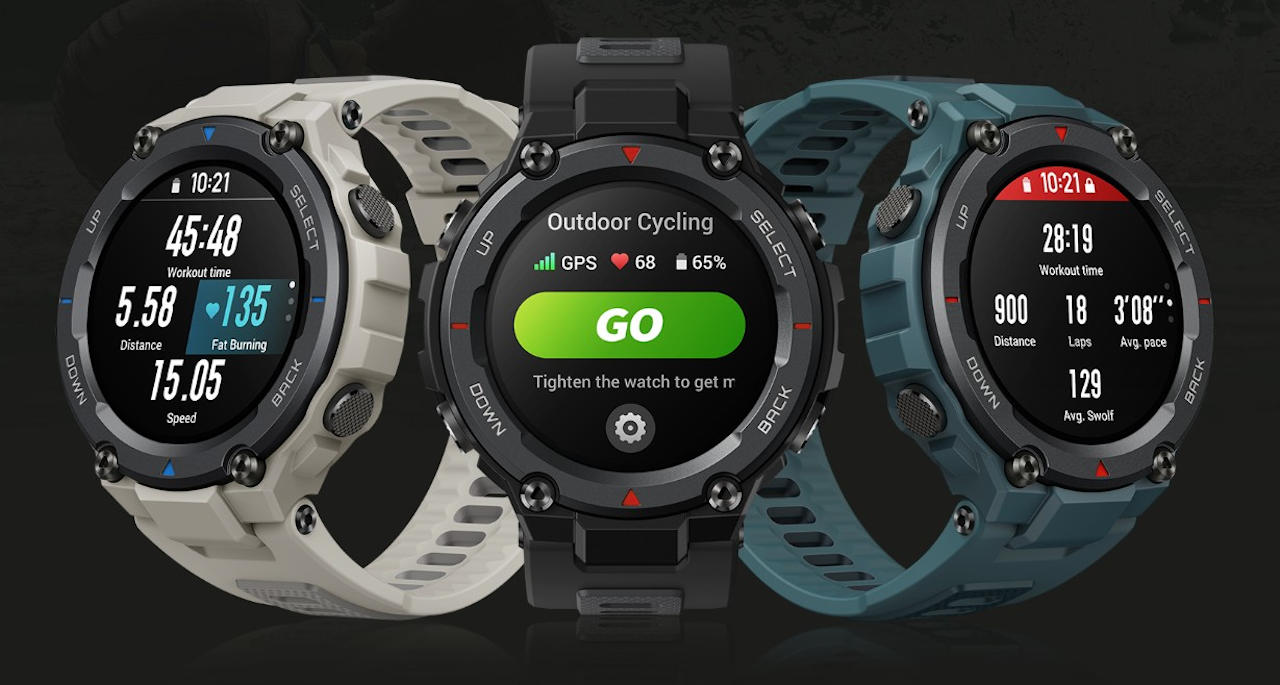 The Amazfit T-Rex Pro will be available in the US starting March 23. It will retail for $179.99 and will come in three colors and “skin-friendly” silicone straps that, for better or worse, you can’t swap out to replace.