An amateur astronomer from Brazil named José Luis Pereira enjoys taking photographs and videos of the planets in the solar system on clear nights. Pereira says that when Jupiter, Saturn, and Mars are in opposition, he takes images on every clear night. He particularly enjoys imaging Jupiter, which he calls his favorite planet.

On September 13, Pereira was imaging Jupiter when he caught something extremely rare on camera. As seen in the images here, he was able to capture a bright glow on the surface of Jupiter attributed to an impact by an asteroid. The night was rather routine for the amateur astronomer, and he uploaded the videos to the DeTeCt program without much investigation.

After uploading his videos on September 13, he went to bed. When he awoke on September 14, he had been alerted by the program that there was a video of an impact on the first recording he made Monday night. The impact reportedly occurred at 6:39 PM EDT on Monday, September 13. Pereira says he was very emotional as he had been trying to record an impact event for many years. 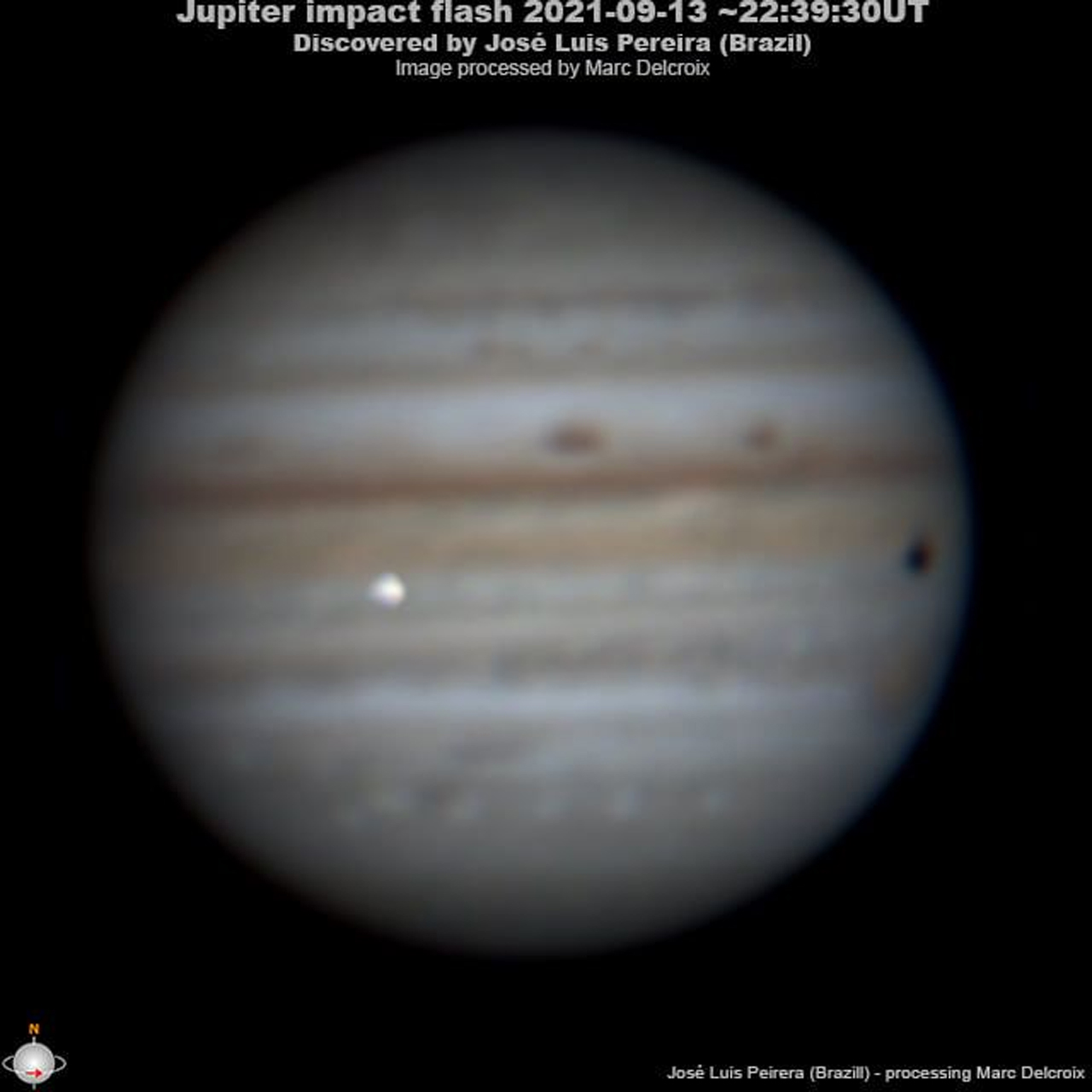 The system the amateur astronomer uses for making observations uses a Newtonian telescope 275mm with a QHY5III462C camera. He also uses a Televue Powermate 5x eyepiece and an IRUV filter. Unfortunately, the videos taken with the setup are not incredibly clear and detailed.

However, we can clearly see bright white flashes near the middle of the planet and the video. It’s unclear why exactly there are multiple flashes, but certainly, it could have been a comet or asteroid with multiple pieces traveling in a row. The video above is the one showing the impacts on Jupiter.