It seems like new EVs are being unveiled left and right, with a few of them coming from new companies that want to get into the automotive market. A company called Alpha Motor Corporation has revealed its new EV aimed at those wanting a small car for an urban setting. The vehicle is called the Ace Coupe, and it has an attractive sort of “classic Japanese” styling.

Alpha’s slick Ace Coupe is seen in the images in a color called “Blue Seraph” with a metallic finish. The vehicle has cargo space under the hood and rear hatch. Vehicle dimensions are approximately 165-inches long, 74-inches wide, and 57-inches high. Anyone looking at the Ace Coupe and thinking it would be cruel to put people in the backseats, ALPHA says the “compact rear seats” are for occasional storage.

The interior is attractive and has a very minimalist appearance. The center console is bare, and the vehicle relies on a large central display integrating user interface controls, which can be synchronized or replaced using the owner’s own electronic device. 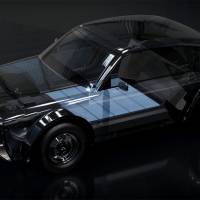 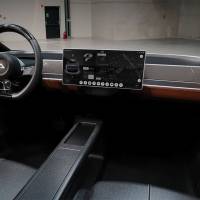 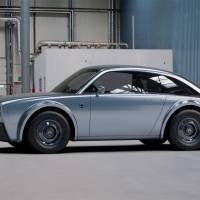 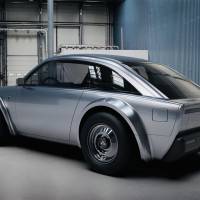 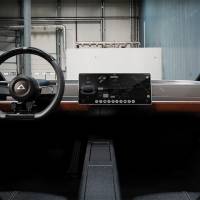 One of the images shows that the vehicle’s battery pack is under the floor, optimizing interior space. There is no indication of what sort of electric powertrain the car offers. We have no idea about power, performance, driving range, or charge speed. It’s also unclear when the vehicle might be available to purchase. Alpha has promised to offer more details on the Ace Coupe and other Ace versions in the coming months. The company is taking reservations at reservemyace@alphamotorinc.com.