With MWC right around the corner, there’s been a lot of speculation about what we’ll get from Samsung. Their incoming Galaxy S6 is expected to be a lot of things. We may even get tow models from Samsung right from the jump. Leading into MWC, we’re also seeing a lot of leaks, but the latest has everyone buzzing. What we see this time around is billed as a finished prototype of the new S6, but there’s enough reason to be skeptical.

First, we’ll point out the carefully placed stickers on the device, as well as the small animal cartoon face over the rear badging. The little beaver covers the rear branding, while a bar code sticker covers the portion of the front Samsung typically brands. Visually, anything that says it’s a ‘Samsung’ has been removed. 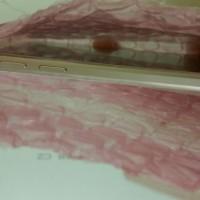 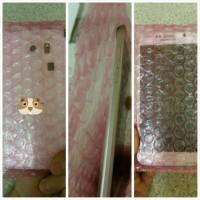 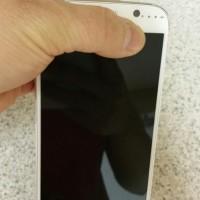 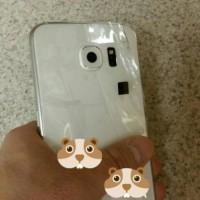 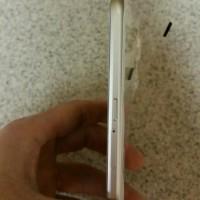 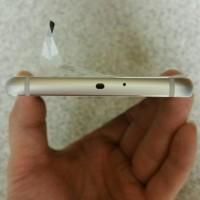 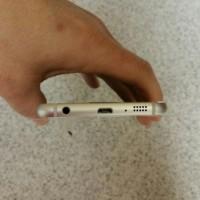 The camera ensemble looks fussy, too. Though it could very well be the bubble wrap or angle, the actual camera hardware looks off-center to us. Around front, the home button looks much narrower and tall — nothing we’ve seen from Samsung before. Visually, it’s pretty solid, though.

The person responsible for the leak says it has a glass rear as well as a glass screen. We’re also treated to a look at the metallic sides (we won’t say it’s actual metal, but the antennae cutouts suggest it is), and some volume buttons that look a bit more flush than normal. There’s also a heavy dose of iPhone on the bottom.

Is this the real deal? Who knows. We’ll find out in early March, though, as Samsung unveils their newest flagship phone at MWC!

Source: All About Samsung
Via: SamMobile