ALIENS: Fireteam takes place after Alien 3, before Resurrection… but how?

Before you view this trailer, keep an open mind and check the “alpha” tag below. This game is still relatively early in development, and will almost certainly look better by the time it’s ready for release. That said, it’s odd that it’s set for “Summer 2021” but the gameplay trailer release today is still “alpha” in nature. Have you ever experienced such a combination of elements before?

The game ALIENS: Fireteam is an online-only collaborative, cooperative third-person survival shooter. You’ll be a marine that collaborates with other marines, the sort you’ve seen in the movie ALIENS (the sequel to ALIEN). This game “drops your fireteam of hardened marines into a desperate fight to contain the Xenomorph threat.”

This game isn’t just a “we’re just fighting Aliens at some point” sort of adventure. It takes place at a relatively specific point in the ALIEN universe timeline. This game takes place “23 years after the original Alien trilogy.”

Here’s the thing that’ll be interesting to see, though: Where are these Aliens coming from? The folks at ColdIron will need to explain how, after Ripley’s taken what we assumed was the last Alien Queen to her death, there are more Aliens appearing in this game. 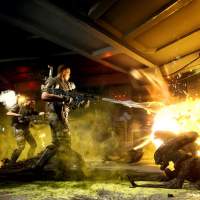 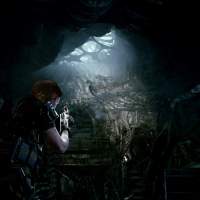 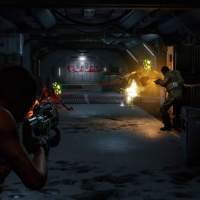 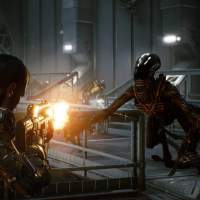 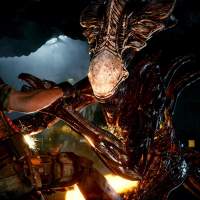 According to the game’s description, you’ll “play a pivotal role in the epic events that occur 23 years after the original Alien trilogy as a Colonial Marine stationed aboard the USS Endeavor, battling terrifying Xenomorph threats.” Not only that, you’ll be fighting 11 different Xenomorphs.

They include everything on the “evolutionary scale,” per the description, “from Facehuggers to Praetorians.” That’s right, this game includes the Predator universe’s own Praetorian, meaning we’ll very likely see a Predator at some point along the way. Cross your fingers this means we’ll get to BE a Predator, too – but don’t hold your breath!