Alfa Romeo have never exactly made ugly cars – quite the contrary – but they seem intent to outdo themselves. In collaboration with Carrozzeria Touring, they’re set to unveil the Disco Voltante 2012 at the Geneva Motor Show this week. Needless to say, it looks absolutely stunning.

At the moment the car is only a concept, although it is planned for a very limited edition release. It was designed to celebrate the 60th anniversary of the release of the original Disco Volante in 1952. It takes similar cues from that car, sporting a chassis built to almost hug the ground, and strong aerodynamics.

The car’s body is comprised of aluminium and carbon fiber to keep the weight down, and seats two people. Underneath the hood you’ll find a 4.7 liter V8 engine controlled by a six speed automatic gearbox with paddle-shift control. Top speed? 186mph.

There’s no word yet on exactly how much this beautiful creature will cost when it’s released, although we’ll hazard a guess it won’t be cheap. It debuts tomorrow at the Geneva Motor Show, so if you’re in the neighbourhood go and have a peek. Start saving those pennies too. 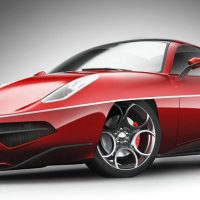 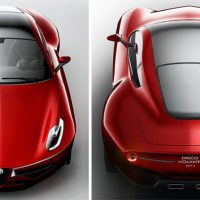 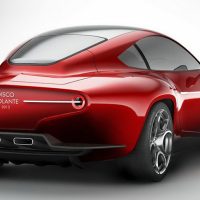