Buyers of the limited-edition car will get an exclusive Misano Blue Metallic exterior that can’t be had on any other 4C version. The front of the car has black air intakes, and the rear diffuser is black as well. A Unique livery with 4C Spider Italia graphics is standard.

The dash gets an aluminum insert that has the 4C Spider Italia logo on it. On the center console is a plate that bears the build number of the car out of the 15-unit run.

Other than the special color and other touches already mentioned, the 4S Spider Italia seems to be the same as the other cars in the line. That means a 1750cc turbo, direct-injection engine with dual intercoolers and variable valve-timing. The engine makes 237 hp and 258 lb-ft of torque. 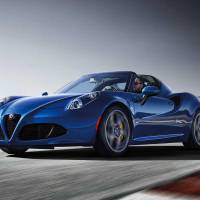 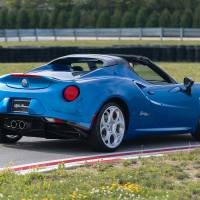 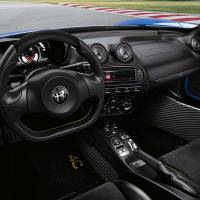 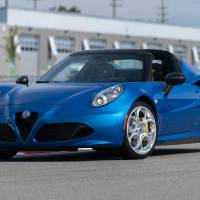