We figured that at least part of Amazon’s presentation today would focus on home security, and we weren’t disappointed. Today, Amazon announced a new Ring camera and new Alexa functionality that has some pretty interesting applications when it comes to keeping your house safe. The new Alexa features are collectively called Alexa Guard, and they’ll use the microphones and internet capabilities of your Echo speakers to alert you when something goes wrong.

Amazon’s explanation of Alexa Guard makes this functionality seem relatively straightforward. When you’re leaving the house, you simply need to say “Alexa, I’m leaving” to put your Echo speakers into Guard Mode. You’ll then receive smart alerts that send you notifications when your Echo speakers pick up out-of-place noises.

Some of the examples Amazon shared today include the sound of breaking glass or a smoke or carbon monoxide detector going off. Guard Mode will capture an audio clip of the sound and send it to your phone so you can figure out what, exactly, is happening. Alexa Guard will also feature compatibility with Ring and ADT, and assuming you’ve connected those security systems to your Echo devices, it can send those recordings directly to dispatch centers as it alerts you. 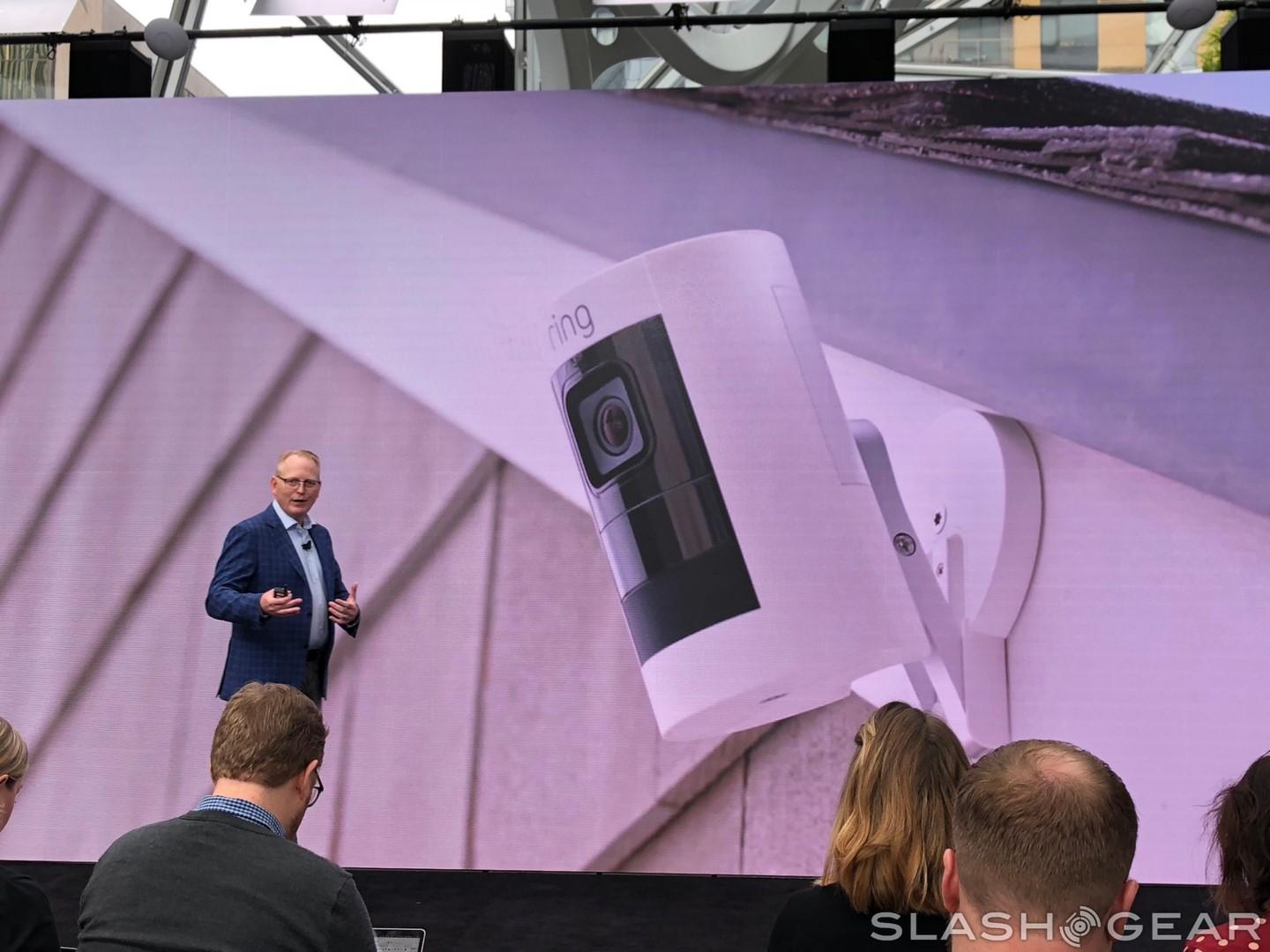 Alexa Guard has another interesting application in Away Mode. When you’re going to be away from your house for an extended period of time – overnight or on vacation, for instance – you can use Away Mode to randomize your smart lights to make it appear that someone is home. 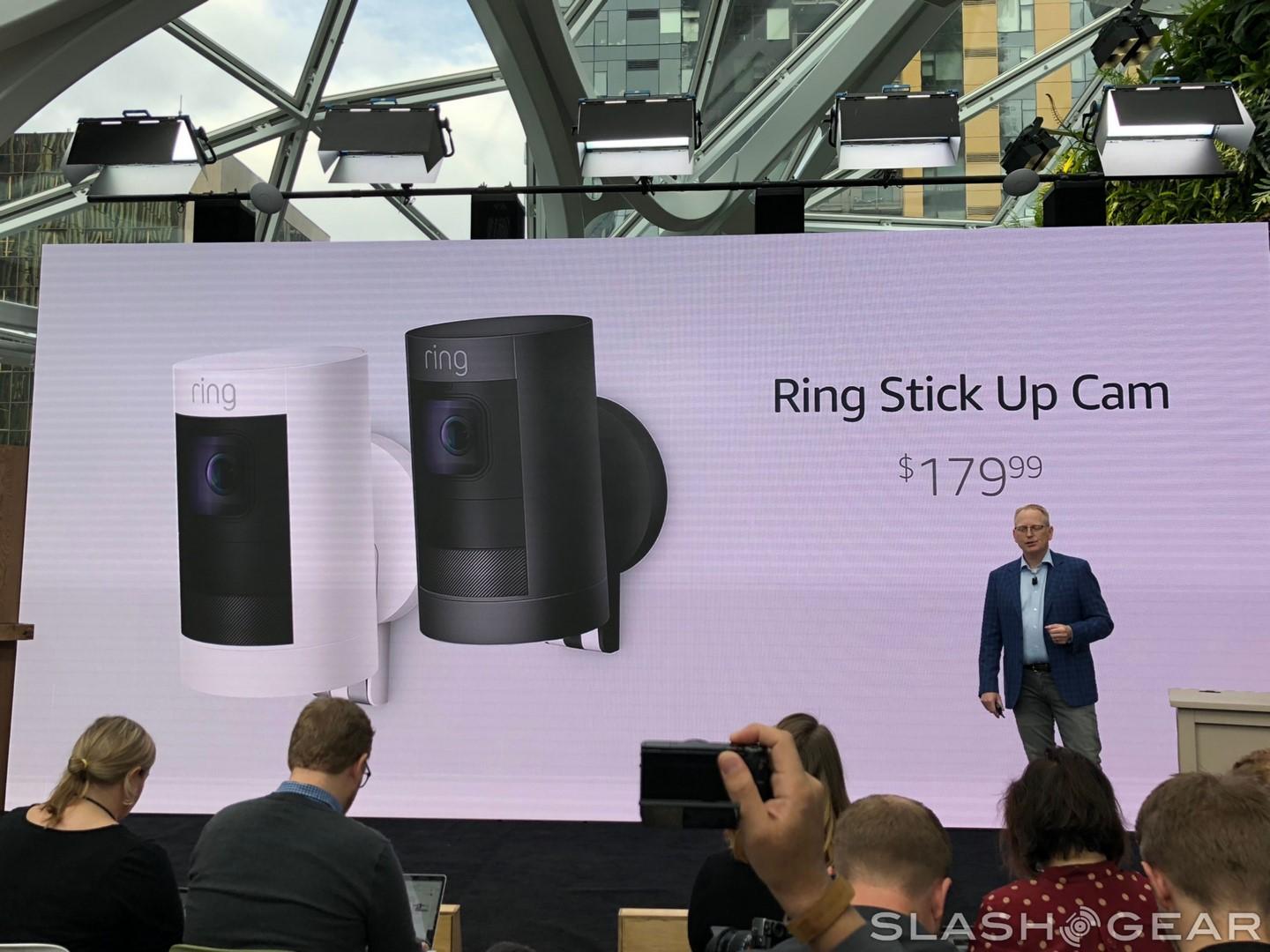 Amazon used the news about Alexa Guard to jump into announcing the Ring Stick Up Cam. It didn’t spend too long talking about the Stick Up Cam today, but we know that it can be used indoors and outdoors and will be launching in both wired and wireless variants, with the wired model supporting power over ethernet. The Ring Stick Up Cam is priced at $179.99, and and is available to pre-order now.

Update: The Ring Stick Up Cam won’t be released until October 18, though you can pre-order it from today.