Amazon has launched Care Hub, a new Alexa feature that enables users to keep tabs on family members who live independently, but who may need assistance from time to time. The feature is particularly useful amid the pandemic, making it easier to connect with isolated elderly parents and more without the risk of in-person visits.

Alexa-enabled devices like the Echo smart speakers are only one aspect of Amazon’s smart assistant — the other part is the mobile app, which can be used to connect with other Alexa users, interact with devices, set up reminders, and more. 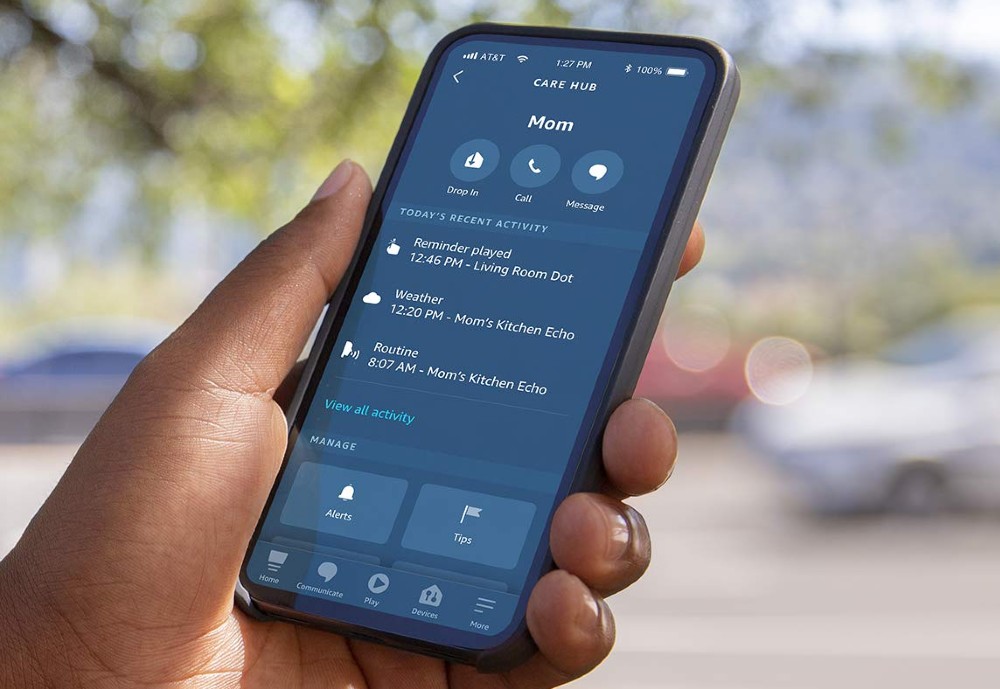 The new Care Hub feature exists within the Alexa app as an activity feed that provides a look at a loved one’s interactions with the Alexa system while retaining their privacy. For example, the Care Hub in the Alexa app will show caregivers when a reminder has been given to the recipient, when they’ve played a routine, asked for the weather, and that sort of thing.

Care Hub is described as a feature that helps users remain independent while reassuring family members that their relative is safe. Caregivers can set up customized alerts, such as an alert if no activity has been detected. The hub also offers access to shortcuts for things like dropping in on or calling the relative.

Amazon notes the limitations of its Care Hub, ones aimed at striking a balance between keeping caregivers informed and protecting the recipient’s privacy. For example, users can see when their family member plays a song, but not see what song it was.

Perhaps the best feature for those concerned about their aging relatives is the ability to call for help using an Alexa voice command. When the user asks for help, the caregiver will get an alert in the app and a call from Alexa. There’s then the option of calling the family member or dropping in on them.

Amazon says Care Hub works when the person in need of monitoring has an Echo device and the caregiver has the Alexa app on their phone. Full details on the new feature are available on Amazon’s website here.