There’s a new gun out there this week going by the name MINI Z, ready to bring Z Backscatter technology to a street near you. Using the same technology as you’ll find in the full-scanning Z Backscatter machines at the airport, the MINI Z brings full penetration viewing to cops on the go.

This gun comes from American Science and Engineering, Inc., also known as AS&E. They’ve taken the same technology you’re being scanned with at the airport, miniaturized it, and have delivered it in a gun “more affordable and accessible to a broader range of customers.” This gun is aimed at law enforcement and border security officials, according to AS&E President and CEO Chuck Dougherty.

The following video should give you a decent look at how this machine works, scanning the whole world with ease.

The team behind MINI Z have also created an interactive scanning demonstration system at Meet MINI Z where you can see for yourself the extent of the powers of this scanner. Scan the backpack in the subway station to find bombs! 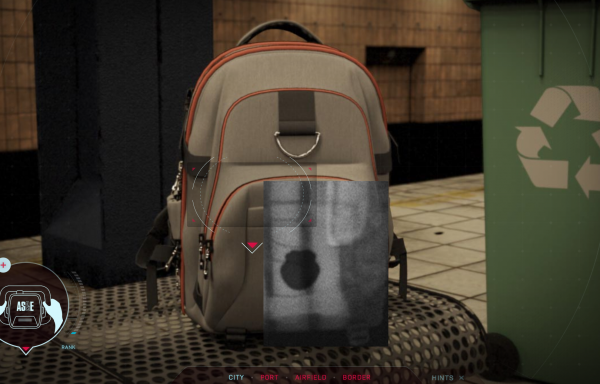 This device is not out on the streets yet, but it will be soon. We do not know how this tool will be regulated as far as search and seizure go – but we’ll expect some new laws to be popping up in the near future. We’ve never seen something so readily x-ray searchable as this on the streets before.