With Apple’s new AirPods Pro on the market, it’s time to see if they can be easily repaired by end-users. For that we turn to iFixit, which didn’t have very many encouraging things to say about the original AirPods. In fact, iFixit gave the AirPods a dismal repairability score of 0/10, indicating that they were in no way repairable by the DIYers of the world.

Surely the new AirPods Pro would be at least a little more DIY-friendly, right? Unfortunately not, it seems, as iFixit’s teardown of the freshly-released wireless earbuds leaves little hope for anything outside of simply buying a new set when something goes awry. With AirPods Pro priced at a not-insignificant $250, that’s a tough pill to swallow.

Like the original AirPods, getting into the AirPods Pro in the first place proves to be a challenge. Opening up the heads of the earbuds is easy enough, but once you’re actually in, you’re greeted by a fair amount of glue holding both the casing and the 3.7V button cell battery into place. iFixit notes that the battery is also connected by a soldered cable, so even removing the glue isn’t all you need to do to replace it. 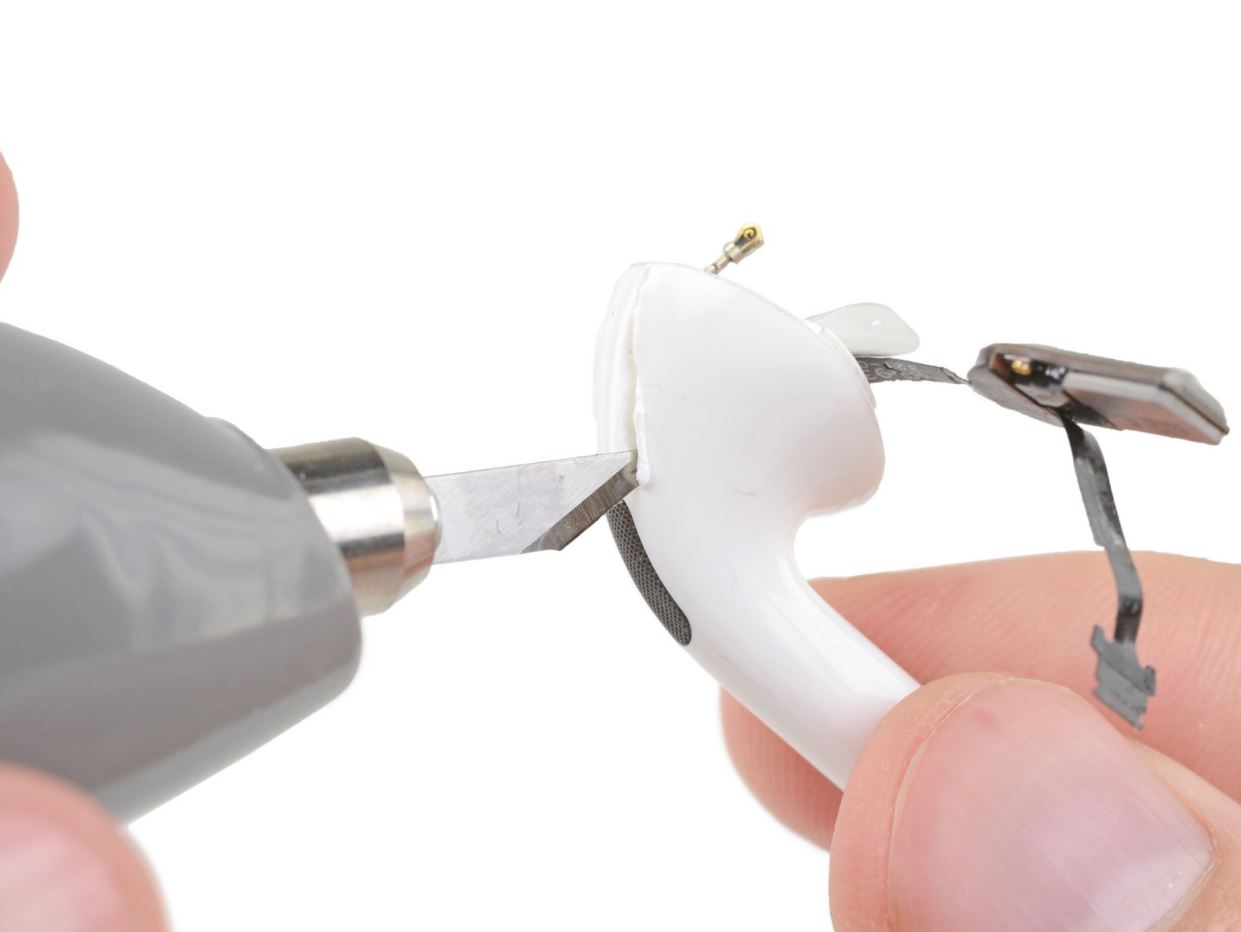 Beneath the battery is where the new driver lives, and though that lifts out easily enough, getting to the hardware hidden in the stem requires slicing into the AirPod’s casing, effectively destroying them. Within the stem is where you’ll find the the pair of microphones – one facing inward and another facing outward – along with the antenna and the H1 chip. 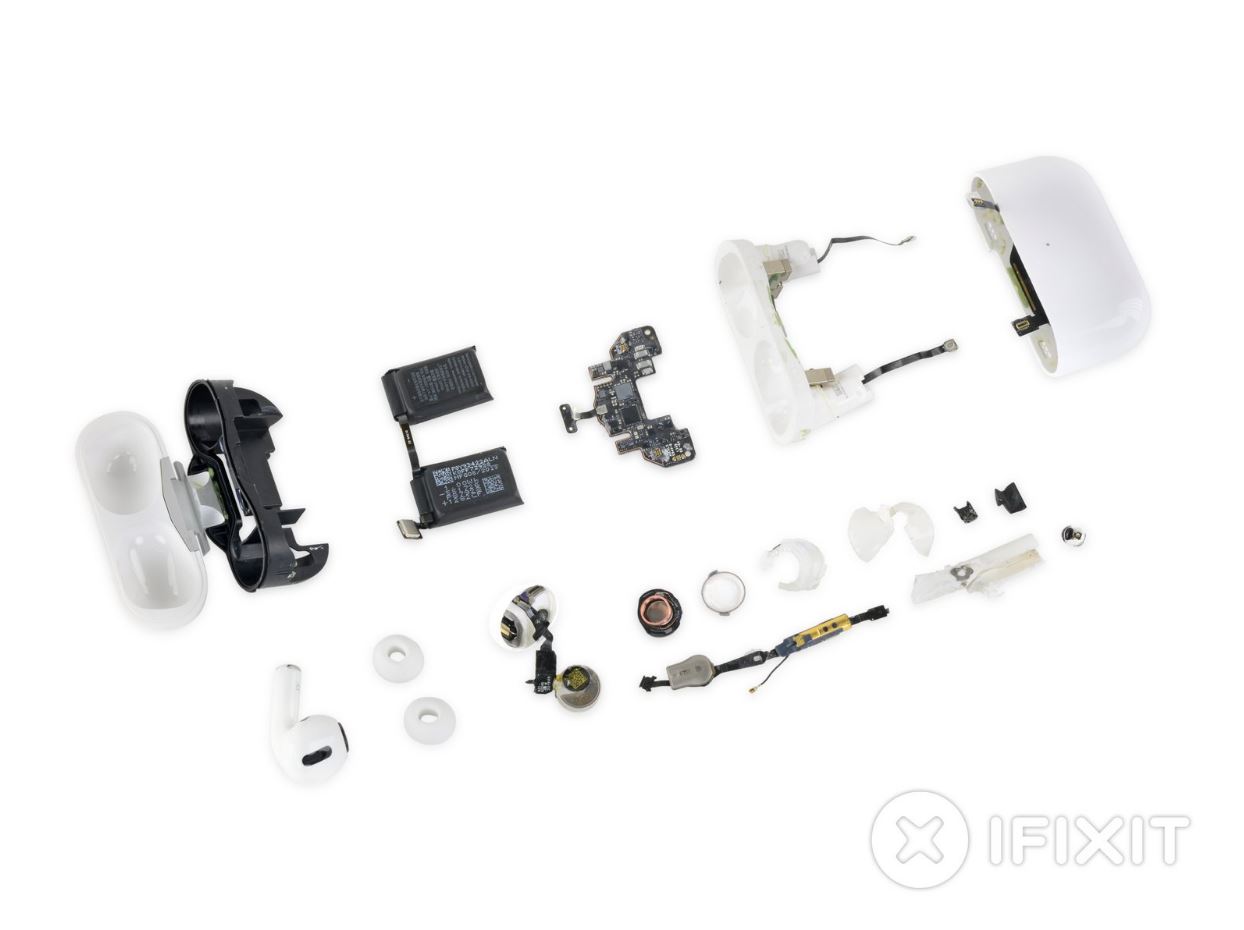 With the AirPods torn to shreds, iFixit turns its attention to the charging case, which has grown in size from last year. The case is difficult to get into, but there is some good news, with iFixit saying that the Lightning port on the case is modular and can be replaced – while also noting that replacement parts will be hard to find – and that the double-cell 1.98 Wh battery is easier to replace than with the original AirPods charging case.

Unfortunately, those encouraging discoveries don’t really change the repairability factor. iFixit still gives the AirPods Pro a repairability score of 0/10, saying that the AirPods’ non-modular design and hard to find replacement parts make DIY repair pretty much a non-starter. Be sure to read through iFixit’s teardown for the full picture on how AirPods Pro are constructed, and if you’re planning to pick up a pair for yourself, make sure you baby them.