Air Taxis: How will they work

Beating the jam by hailing a flying taxi could soon become a thing. Major players like Boeing and Uber are pouring in big money into air taxis as a new way to bring people around cities. Most of these taxis today look like small planes or helicopters that ferry people to airports, beaches and other destinations efficiently, greatly reducing the amount of time spent in commute.

This is what travelling could look like for those who can afford it in the near future:

Why do we want air taxis

Commercial flights with major airlines can be inefficient. They have to be booked in advance and often subject to delays. Airlines are also under pressure to fill these flights, causing travellers to stick with their schedules and destinations.

And on the ground, some cities are so congested, it takes hours to get from point to point. Think rush hour in Manhattan or the infamous jams in Bangkok.

This is where air taxis come in. An alternative to airlines and highways for the rich and wealthy. Air taxis offer greater flexibility for travellers, including more points of departure and arrival. For airlines – or taxi operators – air taxis could reduce operating costs greatly.

Where would we land? 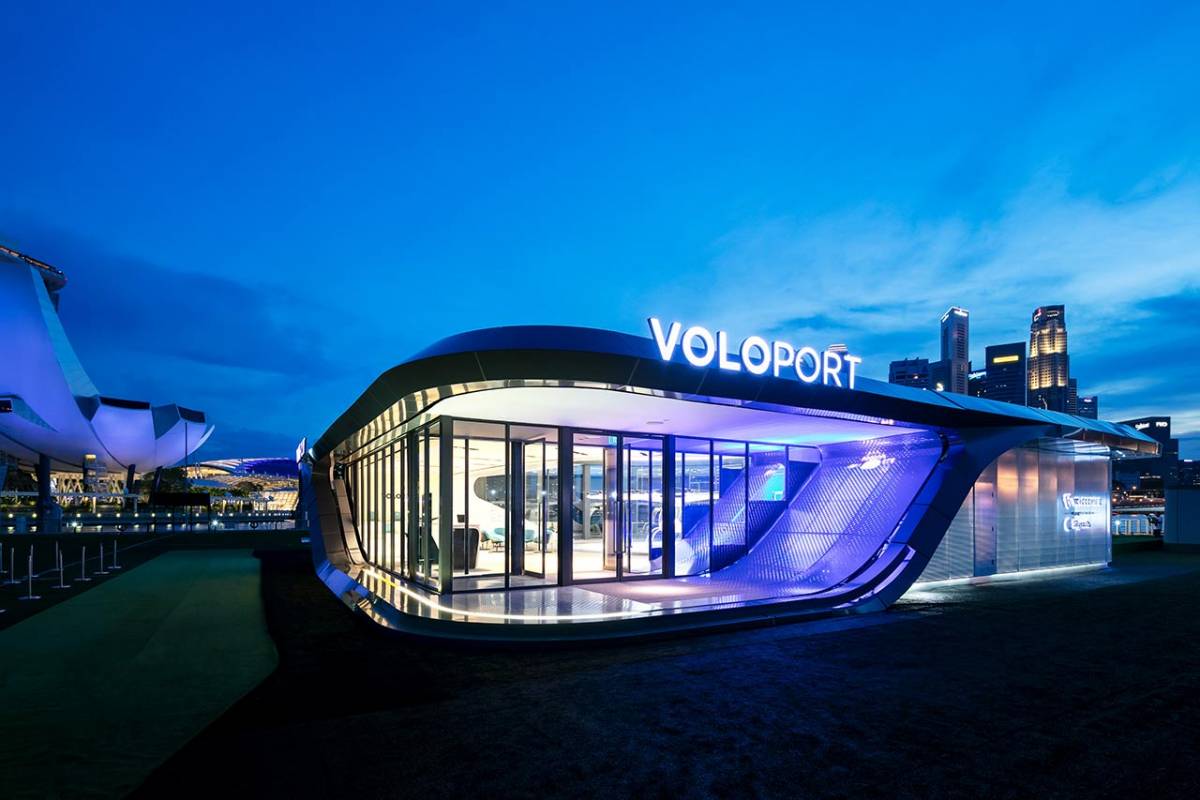 One scenario presented by German manufacturers Volocopter is air taxi ports build around the city. Air taxis would arrive on landing platforms built on VoloPorts, where travellers can get checked in quickly and board their ride.

But air taxis are being developed for a future where such ports are obsolete, being able to pick passengers with ease from carparks and other spaces.

For that to happen, technology will have to catch up, greatly shrinking the wingspan of many of these vertical take-off and landing (VTOL) aircraft to fit safely into these urban spaces.

Often considered frontrunners in the air taxi business, the Volocopter 2X is a helicopter-like vehicle that is set to become send passengers around Singapore in 2022.

The egg-like aircraft fits just two people – a passenger and a pilot – and has a big halo on top of it with 18 rotors. With the environment in mind, it is also completely electric, with nine rechargeable batteries that can be replaced in minutes.

While the Volocopter 2X can only carry one passenger, local rivals Lilium recently tested an all-electric five-seater aircraft called The Lilium Jet.

Unlike the 2X, The Lilium Jet resembles a traditional plane, with wings equipped with tilt-rotors that have 36 jet engines for VTOL capabilities.

The downside: Being much heavier than the two-seater 2X means it is much noisier – something the public will have to put up with should it come to urban areas.

The ride-hailing giant is using its immense infrastructure to lay the foundations for flying taxis. They have signed agreements with NASA to look into flying taxi airspace regulation.

Other players have also been pulled in to work with Uber, including Boeing and Aurora, now collaborating with Uber Elevate, which operates helicopter trips between JFK airport and Manhattan.

The idea is to set up a commercial network for flying vehicles, something they hope to see take off within the next decade.

Besides infrastructure, Uber is also developing the Uber Air, a four-seater aircraft that hopes to take to the skies by 2023.

What are we waiting for?

Air traffic control is a complicated task in and of itself, but traffic control within an urban area is a whole new can of worms. Air taxis would mean hundreds flying vehicles moving around urban airspace continuously.

Authorities will need to figure out how to manage movement of these aircraft carefully, plotting out congested areas, tall buildings and handling poor weather conditions, to avoid collisions. These are key areas that NASA’s partnership with Uber seeks to work out.

“NASA is excited to be partnering with Uber and others in the community to identify the key challenges facing the UAM market, and explore necessary research, development and testing requirements to address those challenges,” said Jaiwon Shin, associate administrator for NASA’s Aeronautics Research Mission Directorate.

There is also the issue of public acceptance. Safety is surely an issue that manufacturers and testers need to ensure customers of, especially in tight landing areas and bad weather.

Unsurprisingly, air taxis will also be hugely expensive, especially at launch. A helicopter ride via Uber Elevate from JFK airport to Manhattan already costs $200 a person, giving us a ballpark figure for these personal flights around the city.