It’s one thing for a computer to learn how to beat a Super Mario level from scratch and another to actually learn how to create such a level. And it is definitely another thing to learn all that just by watching people play Super Mario on YouTube. This latest and almost unbelievable feat of machine learning is exactly what Georgia Tech researchers, headed by Ph. D. student Matthew Guzdial, have accomplished. The computer program watches gameplay videos and tries to create its own unique level that a player can really play through.

Computers learning how to create things is nothing new. Computers learning how to design game levels, on the other hand, definitely is. Learning how to play a game by watching human players do it is also not that novel. But being able to design a playable level using those same videos is no small feat. According to the researchers, the computer achieves this by analyzing the spots where players spend majority of their time, which is most often on collecting items or mastering obstacles.

But the AI doesn’t simply mashup game level elements to create a level, which would undoubtedly lead to a jumbled, unplayable mess. It goes about it smartly, positioning levels as it learned from the videos. There will be no floating pipes or impossibly wide jumps to confound players. And the levels it creates are entirely unique and not just copies. The program was able to generate 171 such levels just by taking 17 samples. Eventually, it was able to generate 334 when it mastered the ropes. 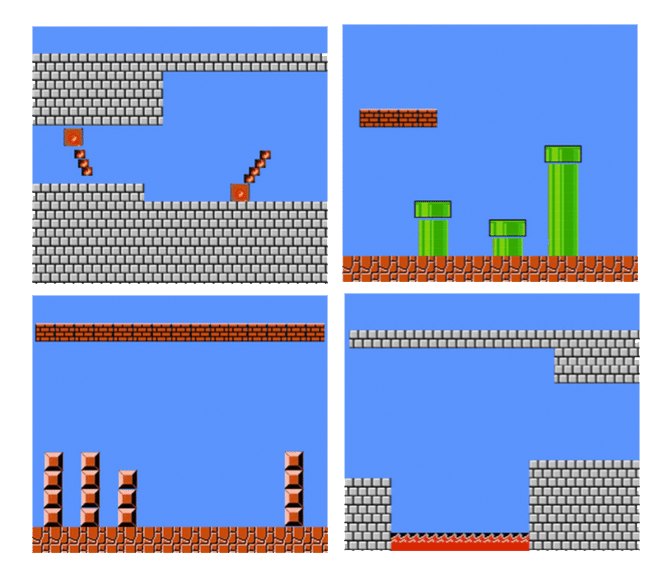 Game designers need not yet be worried about their jobs. Game design is a multi-discipline profession and it can hardly be displaced by simple mimicking of game rules. The AI itself is pretty limited at this point, able to churn out Super Mario levels only and confined to platformers. Of course, the researchers plan to break down these barriers eventually, but it will take a lot more time before a computer is able to generate and original game idea, or even a unique twist to an existing one, just based on videos of people playing games.