Researchers with Adobe and Princeton University have revealed new technology that automatically identifies distracting objects in photographs and removes them. Such abilities are nothing new — photographers can manually edit photographs to remove objects using, for example, Adobe Photoshop. That’s not always a simple process, however, and may require technical skill the user doesn’t possess. Thusly enters this new one-click technology.

The technology was recently detailed in a new paper explaining the process. The software is still in the early stages at this point, but is functional and, as you can see in some of the sample images below, effective at its task. 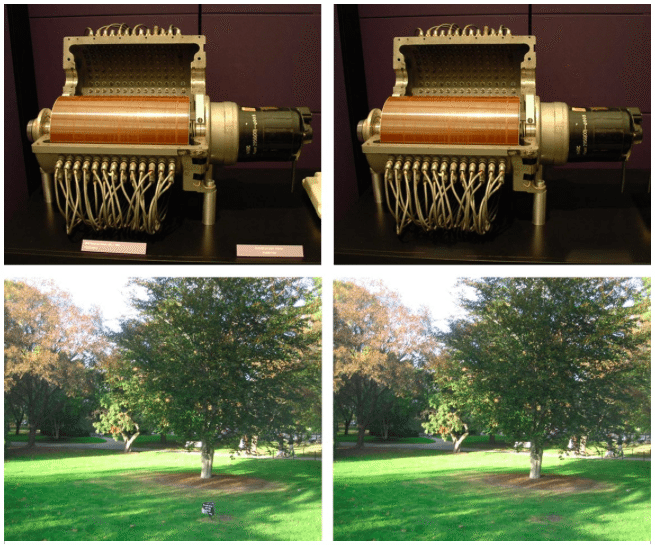 As the researchers note, people upload images frequently, and involve themselves only mildly in the editing process, typically in the form of a quickly applied filter or nothing at all. That makes dedicated object removal using editing software beyond the scope of most photography, and is why a one-click solution would be ideal. In this case, the software identifies something in an image that is distracting from whatever the central subject is.

A landscape photo with a plastic bag on the ground, for example, would be automatically altered so the bag was removed while everything else remained the same. Amazon Mechanical Turk played a role in helping researchers determine what is distracting to viewers — they tasked a large number of users with reviewing images and marking what was distracting.

The work is still ongoing at this point, and the software isn’t perfect — some distractions can’t presently be removed adequately without obviously marring the image, and in other cases primary objects were removed when they should have been left alone.