Acer has taken the wraps off new home theater projectors across four of its product lines, including both LED and laser models. These offerings target a variety of needs, including everything from a focus on energy efficiency to a relatively affordable price range. The LED projectors are made for a variety of environments and needs, including home theaters, offices, and classrooms; there are likewise laser models for large, bright venues like conferences.

Projectors designed for home entertainment purposes aren’t anything new, but the market has become increasingly sophisticated over the past few years, with a combination of improved technologies and decreased costs introducing a whole new level of performance. Many laser projectors launched at this point boast up to a 4K Ultra HD resolution, but Acer’s new models all fall in the Full HD category.

The new Acer projector lineup features the UL5630, PL7610T, as well as PD, VD, and XL range models. The new PD1530i and VD6510i are both wireless models that feature LED light sources offering up to 3,000 lumens of brightness, something Acer claims is the best-in-class experience.

The Acer PD and VD projectors feature Rec. 709 color gamut, 120Hz projected imagery with 16x sequential display speed to reduce the rainbow effects found on projectors. The wireless FHD LED projectors can project up to a 100-inch picture at a distance of just under 10ft. 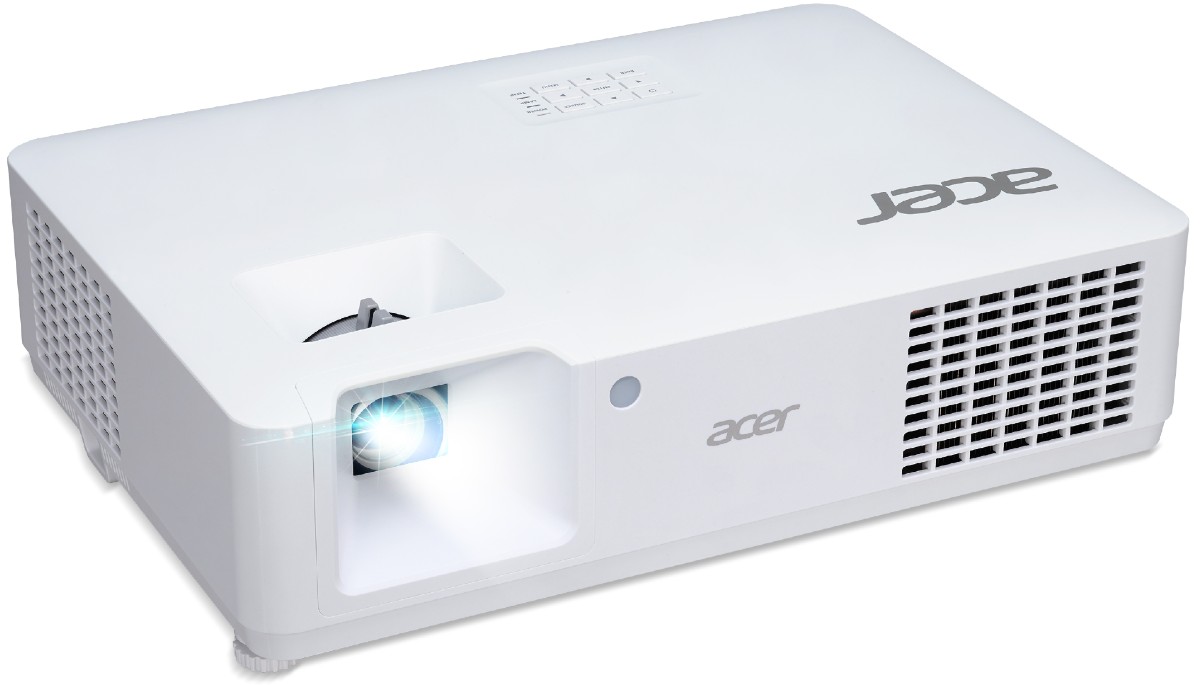 The Acer XL series features laser projectors with slightly greater brightness at 3,100 lumens, as well as the promise of high energy efficiency. This laser projector uses 143-watts of power and can be used in any ambient lighting condition. Acer says this model offers a 30,000-hour lifespan and includes a number of notable features, including 360-degree projection and portrait modes, as well as a dust-tight design.

The Acer PL series laser projectors, meanwhile, are described as better used in large venues that have bright ambient light conditions, whereas the Acer UL series features ultra-short-throw laser projectors that can be placed very close to the projection surface.

Among these is the UL5630 model that projects a 120-inch picture at 4,500 lumens and a resolution of 1920 x 1200 pixels. The projector can be used in 360 degrees and includes a portrait mode, as well as support for remote management and ultra-short-throw projection. The new PL series projectors beat that with 6,000 lumens, promising 30,000-hours of usage and a design suitable for conferences and presentations.

Acer lists the projectors’ prices and availability as follows: